7 (seven) is a number, numeral, and glyph that represents the number. It is the natural number[1] that follows 6 and precedes 8. It is an integer and a cardinal number, that is, a number that is used for counting.[2] In addition, it is classified as a real number,[3] distinguishing it from imaginary numbers. 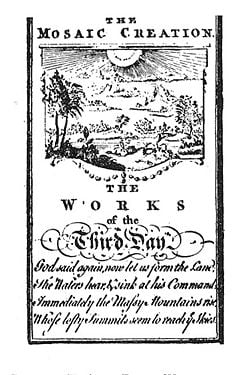 In the beginning, various Hindus wrote 7 more or less in one stroke as a curve that looks like an uppercase J upside down. The main contribution of the western Ghubar Arabs was to make the longer line diagonal rather than straight, though they showed some tendencies to making the character more rectilinear. The eastern Arabs developed the character from a 6-look-alike into an uppercase V-look-alike. Both modern Arab forms influenced the European form, a two-stroke character consisting of a horizontal upper line joined at its right to a line going down to the bottom left corner, a line that is slightly curved in some font variants.

As was the case with the European glyph, the Cham and Khmer glyph for 7 also evolved to look like their glyph for 1, though in a different way, so they were also concerned about making their 7 more different. For the Khmer, this often involved adding a horizontal line above the glyph.[4] This is analogous to the horizontal stroke through the middle that is sometimes used in handwriting in the Western world, but it is almost never used in computer fonts. This horizontal stroke is, however, important to distinguish the glyph for seven from the glyph for one in writings that use a long upstroke in the glyph for one.

On the seven-segment displays of pocket calculators and digital watches, 7 is the number with the most common glyph variation (0, 6 and 9 also have variant glyphs). Most calculators use three line segments, but in some brands of calculators, 7 is written with four line segments. The reason is that in Japan and Korea, 7 is written as ① in the illustration to the right.

While the shape of the 7 character has an ascender in most modern typefaces, in typefaces with text figures the character usually has a descender, for example, in

Some people, especially in Europe and Latin America, write 7 with a line in the middle and make the top line crooked. The line through the middle is useful to clearly differentiate the character from the number one, as these can appear similar when written in certain styles of handwriting.

In quaternary, 7 is the smallest prime with a composite sum of digits.

In the English language, 7 is the only 2-syllable natural, positive 1-digit number 7 is the 6th number of the alphabet

It is obvious that a symmetry exists with no electromagnetic charge. It is assumed here, that the size of charge is linearly dependent on the number of quanta of angular spin generating it. In the state of symmetry no magnetic component is generated because no angular spin exists. A particle in such a supersymmetric state would be dark because it cannot electromagnetically interact. Breaking of supersymmetry of this topologically substructured superstring particle would be a change of its angular spin, generating corresponding particles of physics in dependence of the energy level. This angular spin not only generates charge but highly non-linearly also gravo-magnetic mass in dependence of string tension (energy). There seems to be only one generic unique geometry with a fixed functionality of a weak interacting superstring dark stem particle.(0. generation).

In generations one to three there are two sets of three physical particles with opposite charge according to the direction of angular spin. For all three generations only two geometrically and functionally identical dark stem particles exist. These only differ by their handedness, generating matter and antimatter particles on breaking of 0-spin symmetry.

The occurrence of matter and antimatter particles is asymmetric with respect to this symmetry, -3 -1 +2 for matter and -2 +1 +3 for antimatter. Both sets of three particles are arranged in a complementary way around the symmetry enabled by this global physical realization of the number seven. Thus the number seven only emerges as a complementary superposition of two sets of physical particles that are generated by breaking of a supersymmetric state. Nature only makes use of the symmetry provided by the number seven. It however does not actually realize it. Seven seems to be more 'constructed' by arranging two sets of entities representing the number three around a state of symmetry. 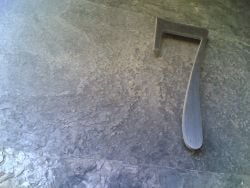 God rested on and sanctified the seventh day (Sabbath).

In the classical world 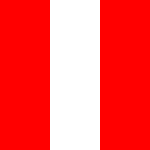 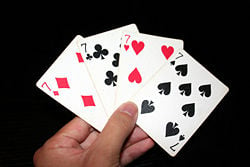 The sevens of all four suits playing cards