Franz Joseph Hermann: The martyrdom of the seven Maccabean brothers and their mother (1771)

2 Maccabees is a deuterocanonical book of the Bible which focuses on the Jewish revolt against Antiochus IV and concludes with the defeat of the Syrian general Nicanor in 161 B.C.E. It differs from 1 Maccabees in that it starts at an earlier point in the history of this struggle and concludes without relating the death of Judas Maccabeus, the book's invincible hero. 1 Maccabees, on the other hand, goes on to tell the story of Judas' demise, as well as the reigns of his successors Jonathan Maccabeus and Simon Maccabeus, concluding with the accession of Simon's son, John Hycanus.

2 Maccabees also differs from 1 Maccabees by including several miraculous accounts in contrast to 1 Maccabees' more straightforward history. Is also appears to have been influenced by the Pharisaic tradition, exposing the corruption of the priesthood, emphasizing the doctrine of resurrection, including a prayer for the dead, and describing a vision in which the prophet Jeremiah speaks to Judas Maccabeus.

Written in Greek, probably in Alexandria, Egypt in the first or late second century B.C.E., 2 Maccabees is an avowedly abridged account of a longer work by a certain Jason of Cyrene. Catholics and Orthodox consider the work to be canonical and thus part of the Bible, while Protestants and Jews do not.

The author of 2 Maccabees does not identify himself by name, but plays a self-conscious role as narrator. He admits to be abridging a five-volume work by Jason of Cyrene, which is no longer extant, and takes pains to describe his work and attitude in this function. A skilled narrator, he apparently wrote in Greek for a diasporan Jewish audience, as there is no internal or external evidence of an earlier Hebrew version. A few sections of the book, such as the preface, epilogue, and various reflections written in the first person are generally assumed to come from the author, not from Jason. The Greek style of the writer is very educated, and he seems well-informed about both Greek and Jewish customs.

The beginning of the book includes two letters supposedly sent by Jews in Jerusalem to Jews of the diaspora in Egypt concerning the two recently-instituted Maccabean holidays: The feast day set up to celebrate the purification of the temple (Hanukkah) and a feast to celebrate the defeat of Nicanor by Judas Maccabeaus. The date of the second letter is 124 B.C.E.

Some commentators hold that these letters were a later addition, while others consider them to have been inserted by the author as the the basis for the work: namely to urge the Alexandrian Jews to adopt the Maccabean festivals. Catholic scholars tend toward a dating in the last years of the second century B.C.E., while the consensus among Jewish scholars places it in the second half of the first century B.C.E., due primarily to its Pharisaic outlook.

2 Maccabees covers the period from the high priest Onias III and King Seleucus IV (180 B.C.E.) to the defeat of General Nicanor by Judas Maccabeus in 161. 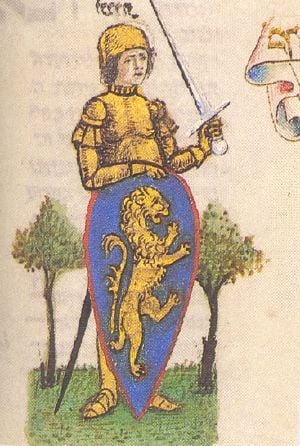 In general, the chronology of the book coheres with that of 1 Maccabees, and it has historical value in supplementing 1 Maccabees, especially in providing a few apparently authentic historical documents. However, the author seems primarily interested in providing a theological interpretation of the events. Unlike in 1 Maccabees, the writer overtly describes God's direct and miraculous interventions directing the course of events, rather than implying God's unseen hand through historical occurrences.

After the two letters to the Jews of Egypt, the author prefaces his work by explaining his abridgment of the longer book, summarizing his writing as: "The story of Judas Maccabeus and his brothers, and the purification of the great temple, and the dedication of the altar, and further the wars against Antiochus Epiphanes and his son Antiochus Eupator" (2 Macc 2:19-32).

To provide background for his history, he begins by describing the attempt of Heliodorus, the agent of Seleucus IV to profane the Temple of Jerusalem and rob its treasury. A miraculous vision intervenes to prevent him from entering the sacred place. The high priest Onias offers sacrifice to atone for this sin, and Helidorius returns to the king testifying to the power of God (3:1-40).

Hellenizied Jews then conspire to gain favor with the Greeks, and when Antiochus IV succeeds to the kingship, Onias' brother Jason usurps the high priesthood through bribery. Jason builds a gymnasium and institutes various other Hellenizing reforms. Things become even worse when Menelaus and his brother Lysimachus serve as high priest, and Onias is assassinated for exposing their corruption. Jason attempts to seize the Temple by force but fails, and Antiochus IV, with Menelaus by his side, then the enters the holy sanctuary and plunders it. Fed up with Jewish resistance to gradual Hellenization, Antiochus determines to force the Jews to accept Greek culture once and for all. He dedicates the Temple to the worship of Zeus and bans the Jewish religion, instituting harsh punishments against those who resist. The suffering of Jewish martyrs who resist his campaign are described in touching detail (2 Macc 4:1-7:42), especially the old priest Eleazar, followed by seven pious brothers, and finally their mother.

Judas Maccabeus now emerges as a heroic figure, resisting Antiochus and harshly punishing or killing any Jews who cooperate with the Gentiles. Antiochus eventually dies after campaigning in Persia, and Judas succeeds it taking Jerusalem and rededicating the Temple. (8:1-10:8)

Renewed persecution and warfare break out under the young Antiochus Eupator and his regent Lysias, resisted by Maccabeus, with God's miraculous aid. Rival Greek rulers also attack the Jews. One of these, Demetrius, appoints the powerful general Nicanor to attack Jerusalem. Judas then receives a vision in which the spirits of the assassinated high priest Onias and the prophet Jeremiah commission him to ride out and attack this mighty force. The enemy is routed, and Judas orders the head and right arm of Nicanor hung from the citadel of Jerusalem as a reminder to those who would oppose God. A new holiday is initiated in celebration of this victory (2 Macc 10:9-15:36).

2 Maccabees is notable for several points of doctrine deriving from Pharisaic Judaism:

These points, especially the first two, tended to distinguish the Pharisees from the Sadducees during the late first century B.C.E. The Pharisees honored the initial Maccabean revolt, but criticized its later leaders for their compromises with Greek and Roman authorities and the tradition they instituted of making the high priest's office identical with that of a king.

Judas' vision of Onias and Jeremiah seems to imply a doctrine of the intercession of the saints (15:11-17). This, together with, the long descriptions of the martyrdoms of Eleazer and of the seven brothers with their mother (2 Macc 6:18–7:42) particularly caught the imagination of medieval Christians. Several churches are dedicated to the "Maccabeean martyrs," and they are among the very few pre-Christian figures to appear on the Catholic calendar of saints' days. The book is also considered to be a model for the later stories of the Christian martyrs.

Roman Catholics and the Eastern Orthodox Christians regard 2 Maccabees as canonical. Jews and Protestants do not. 2 Maccabees, along with 1 and 3 Maccabees, appeared in the Septuagint, the Greek translation of the Hebrew Bible completed by the Jews of Alexandria in the fist century B.C.E. However, during the Jamnia c. 90, rabbinical authorities rejected the Septuagint, thus excluding the deuterocanonical works such as 2 Maccabees.

All this had little immediate impact on Christians, however, since most Christians did not know Hebrew and were familiar with the Hebrew Bible only through the Septuagint text. When the texts were translated into Latin in the early fifth century by Saint Jerome, he noticed that they were absent in the Hebrew but, not wanting to remove them from the canon entirely, coined the term deuterocanon (Greek second canon) for them. In the early 1520s, reformers such as Martin Luther found much of the contents of the deuterocanon doctrinally disagreeable and removed them on the grounds that they were absent from the Masoretic text. 2 Maccabees' support for the doctrine of offering prayers and sacrifices on behalf of the dead was particularly disturbing to Luther, who said: "I am so great an enemy to the second book of the Maccabees… that I wish they had not come to us at all."[1]

Some Protestants included 2 Maccabees as part of the Apocrypha, and authorized for reading publicly in church. Article VI of the Thirty-Nine Articles of the Church of England defines it as useful but not as a basis for church doctrine.

Note: The Maccabees scriptures are not included in most Protestant and Jewish Bibles