From New World Encyclopedia
Jump to:navigation, search
Previous (Epistle to Philemon)
Next (Epistle to the Hebrews) 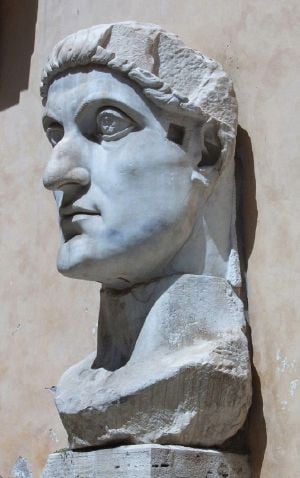 The Epistle to Titus is a book of the New Testament, one of the three so-called "pastoral epistles" (with 1 Timothy and 2 Timothy). It is offered as a letter from Paul to Paul's spiritual son Titus, whom Paul has ordered to remain in Crete to appoint "elders" of the church there. The writer is concerned that such men be of good character and capable of teaching sound doctrine. They must especially be on guard against a Judaizing heresy which teaches Christians that they should be faithful to certain of the Jewish purity laws. In opposition, the writer famously tells Titus that, "to the pure, all things are pure." (Titus 1:15)

While the letter is addressed from Paul, many scholars today doubt that it and the other pastoral epistles are truly by the Apostle, due to issues of style, circumstance, and references church offices—elders and bishops—which were not otherwise evident in Paul's day. The letter takes a harsh attitude toward those who disagree with the writer, attacking their characters is strong words and urging that they be shunned after no more than two warnings.

The Epistle to Titus is traditionally dated to the end of Paul's ministry in the late 60s C.E., while critical scholars date it between 80 C.E. and the mid-to-late second century.

The letter is addressed from Paul to Titus, a significant person in 2 Corinthians who is also mentioned in Paul's letter to the Galatians as Paul's companion at the Council of Jerusalem who was allowed fellowship with the Jerusalem church even though he was uncircumcised (Gal. 2:1). In 2 Corinthians, Titus plays an important role in reconciling Paul and the Corinthian church, where a serious breach had occurred.

Titus, as Paul's "true child in a common faith" is now called upon to deal with another difficult situation. The reason Titus has been left in Crete by Paul is to "straighten out what was left unfinished and appoint elders in every town, as I directed you."[1] These men must be of good character—"the husband of but one wife"—whose children are obedient and mild-mannered. Because they are overseers (episcopos, sometimes translated as "bishop") they must be patient, holy, not given to drunkenness, and especially, they must be capable of teaching "sound doctrine" and refuting those who oppose it. Of special concern are those of "the circumcision group." Such people must be "silenced," and "Paul" goes so far as to confirm that "Cretans (such as these) are always liars, evil brutes, lazy gluttons." The writer instructs Titus to "pay no attention to Jewish myths," because "to the pure, all things are pure." The passage is an apparent reference to a Judaizing heresy which insisted on Christian conformity with Jewish laws of ritual purity. "Paul" calls these teachers "detestable, disobedient and unfit for doing anything good." (chapter 1)

Older women in the church are also a problem. They must be temperate and refrain from slanderous speech, teaching the younger women to obey their husbands. Young men should act with self-control. Christian slaves must obey their masters in every way, "so that in every way they will make the teaching about God our Savior attractive." Titus should encourage the church with these sound doctrines and "rebuke with all authority." (chapter 2)

Christians must submit to civil authorities, "slander no one... and show true humility toward all men." After all, Christians themselves were once hateful and foolish, but were saved through the God's grace: "He saved us through the washing of rebirth and renewal by the Holy Spirit." In conclusion two things are especially to be avoided:

A divisive person is to be warned no more than twice. After that, he is to be shunned, for "You may be sure that such a man is warped and sinful." A number of personal instructions follow, and the writer concludes with a concern that members of the church "provide for (their own) daily necessities and not live unproductive lives." He closes with a benediction. (chapter 3)

Scholars consider the Pastoral epistles to be written by the same author. Titus has a very close affinity with 1 Timothy, sharing similar phrases and expressions and similar subject matter.[2] While these epistles are traditionally attributed to Paul of Tarsus, most scholars today consider them pseudepigraphical.

The author of Titus identifies himself as "Paul, a servant of God and an apostle of Jesus Christ."

Scholars who believe Paul wrote Titus date its composition from the circumstance that it was written after Paul's visit to Crete (Titus 1:5). However, most scholars agree that this visit could not be the one referred to in Acts 27:7, when Paul was on his voyage to Rome as a prisoner, and where he continued as a prisoner for two years. Thus traditional exegesis supposes that Paul sailed from Rome into Asia, passing Crete by the way, and that there he left Titus "to set in order the things that were wanting." Thence he would have gone to Ephesus, where he left Timothy, and from Ephesus to Macedonia, where he wrote the First Epistle to Timothy, and from there, according to the superscription of this epistle, to Nicopolis in Epirus, from which place he wrote to Titus, about 66 or 67 B.C.E.

Doubt about Paul's authorship of Titus has been expressed by critical scholars since the mid-nineteenth century. According to Easton's Bible Dictionary (1897), "Paul's Authorship was undisputed in antiquity, as far as known, but is frequently doubted today. It was probably written about the same time as the First Epistle to Timothy, with which it has many affinities."

All three Pastoral epistles are widely regarded by contemporary scholars as being pseudepigraphical. On the basis of the language and content of the epistles, many scholars believe that they were written after Paul's death by someone who honored his spirit and wished to invoke Paul's name in dealing with problems of a later time. Critics examining the text find its vocabulary and literary style unlike Paul's unquestionably authentic letters, see the life situation of Paul in the epistles as inconsistent with Paul's reconstructed biography, and identify principles of the emerged Christian church after those of the apostolic generation.[3]

In the view of critical scholars, Titus is dated from the 80s up to the end of the second century.[4]

The Epistle to Titus emphasizes a number of themes that became important in Christian history. Although other Pauline epistles speak against the Judaizers forcefully, here they are presented as veritable heretics, who should be shunned by the church. In the unquestioned Pauline letters and the Book of Acts, Paul himself fellowships with Judaizers at Jerusalem and Antioch, although he clearly disagrees with them. According to Acts, Paul even had his spiritual son Timothy circumcised, since his mother was Jewish (Acts 16:1-3). The implication is that Paul—or at least the author of Acts—did not object to Jewish Christians being circumcised, although he strenuously objected to the practice for Gentiles, for whom he believe it was unnecessary and contrary to Christian teaching.

The attitude and language of the Epistle to Titus ("detestable, disobedient and unfit for doing anything good") against the "circumcision party" was picked up by the later church in the teaching, for example of Constantine I: "... Let us then have nothing in common with the detestable Jewish crowd; for we have received from our Saviour a different way."[5] Saint John Chrysostom adopted a similar posture in ordering Christians to refrain from fellowship with Jews. Circumcision was later banned by Christian authorities in some areas, and—if practiced by Christians of Jewish background—was seen as evidence of false conversion, a capital crime, during the Spanish Inquisition.

In a more positive vein, the epistle's insistence that presbyter/bishops be the husband of only one wife helped solidify the Christian stance against polygamy, even if it also perpetuated the ancient attitude of inferiority of women to men and the institution of slavery.

One of the peculiarities of the Epistle to Titus is the inclusion of text which has become known as the Epimenides paradox. Titus 1:12-13 reads (in part) "One of them, a prophet of their own, said, 'Cretans are always liars, evil beasts, and idle gluttons.' This testimony is true." Epimenides of Knossos was a fifth-century B.C.E. philosopher, whom the letter apparently quotes, though not mentioning him by name. The statement is now a famous logic problem, since Epimenides, who came from the Cretan city of Knossos, must therefore have been a liar himself, and not a true prophet. The statement of "Paul" agreeing with Epimenides may also be cited as evidence for the inconsistency of the Epistle to Titus with Paul's theology since he elsewhere emphasizes that all people, whether "Jew or Greek" are equally in need of God's grace. However, some scholars point out that inconsistency is not a compelling argument, since Paul's letters were often hastily composed and his theology was in many regards unsystematic.

From the standpoint of church history, the Epistle to Titus presents a revealing view of the situation of the early Christian church attempting to establish its doctrinal authority through the emerging institutional offices of elders and bishops, demonstrating a concern that these men be morally beyond reproach as well as capable of refuting those teachings—specifically Christian Judaism and probably Gnosticism—which contended with orthodox doctrines for popularity.