Rav Hai ben Sherira, better known as Hai Gaon (939 - March 28, 1038), was a medieval Babylonian rabbi, theologian, scholar, and judge who served as the gaon (head) of the important yeshiva at Pumbedita (modern Fallujah) during the early eleventh century.

Hai received his Talmudic education from his father, Sherira ben Hanina, and acted as his assistant in teaching. At 44, he joined his father as ab bet din—head of the rabbinical court—and with him delivered many joint decisions. As a consequence of accusations of disloyalty, Hai and his aged father were briefly imprisoned together and their property was confiscated by the caliph al-Qadir in 997. Shortly after their release, Rav Sherira appointed his son to the position of gaon.

As the judge of Pumpedita's rabbinical court, Hai Gaon issued numerous decisions regarding the practice of Judaism in the diaspora, which impacted not only local tradition, but the Jewish culture throughout the Middle East, Africa, India, and the fledgling Jewish communities of Europe. Widely read not only in Jewish literature but also in Greek, Arabic, and Persian works, his voluminous writings were highly influential, although many of them have been lost. It was said of him that "he was the last of the geonim in time, but the first in importance."

Hai Gaon was not only a master of Hebrew lore, but was also familiar with the Qur'an and the Hadith, with Plato, Aristotle, Alfarabi, the grammarian al-Halil, the Greek Septuagint version of the Hebrew Bible, the Greek calendar, Greek history, and works in the Persian language. He did not hesitate to consult even the writings of the Assyrian Christian bishops.

He demonstrated precise knowledge of the theological movements of his time, of which the Ash'ariyyah (Twelver Shiism) attracted him the most. Hai argued with Muslim theologians, and sometimes adopted their ideas to Jewish polemical methods. Moses ibn Ezra even called him a practitioner of Jewish Kalam (Islamic rational theology), as Saadia Gaon had been earlier at the yeshiva of Sura.

Basically conservative in his outlook, in many passages of his responsa Hai Gaon warns against deviating from a Jewish custom even when the original reason for the tradition has been lost, as in the case of the practice of not drinking water during the tekufot (soltices and equinoxes). However, this did not prevent him from opposing the abuses common to his time. Thus, he protested against the practice of declaring null and void all promises which may be made during the coming year. He also ruled against the refusal to grant an honorable burial to excommunicated persons and their associates.

Despite his own philosophical bent, Hai also warned against the extensive study of philosophy, even when pursued with the plea that it leads to a better knowledge of God. Regarding God's foreknowledge and predestination, he held that God knows ahead of time both hypothetical and actual occurrences. In other words, God is aware not only of all the possible outcomes of a given situation, but also what will actually occur, even given the fact of free human will. In this he is thought to show the influence of Saadia Goan.

In the study of esoteric traditions he detected a danger to religious life and a deterrent to the study of the Torah. His attitude toward the Kabbalah similarly reflects his conservative standpoint. He accepted kabbalisic traditions as true only insofar as they could be traced back to the Talmud. Thus, when the Jewish inhabitants of the city of Fez made inquiries regarding the proportions of God, he replied that God is above any corporeal qualification and that the Talmud forbids the public discussion of these things. However, accepted the opinion of various scholars that, by means of asceticism and the reciting of psalms, specially favored persons could attain an ecstatic state in which they might behold the "heavenly halls." He even deemed it possible that God should reveal the marvels of heaven itself to the pious while in this state of ecstasy. In this, he took a position contrary to his father-in-law, Samuel ibn Hofni, the gaon of Sura. On the other hand, he rejected as foolishness such kabbalistic beliefs as the idea that miracles could be performed by reciting the names of God. 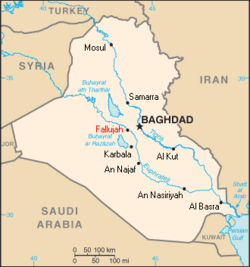 Hai Gaon was the head of the Talmudic academy of Pumbedita, where the modern city of Fallujah, Iraq is located.

Hai Gaon is most remembered by his numerous responsa, in which he gives decisions affecting the social and religious life of the diaspora. Questions reached him from Germany, France, Spain, Anatolia, the Maghreb, and even India and Ethiopia. His responsa, more than 800 in number, dealt with both civil and religious Jewish law, especially the laws concerning women, rituals, holidays, and other topics. Many of his rulings may have been written in Arabic. Unfortunately, only a few of them have been preserved.

Complicating matters is the fact that some of the responsa attributed to him are apparently forgeries. Others were affected by later additions and interpolations, such as attacks on Aristotle and his philosophy, thought to have been inserted against the attitude of later Jewish scholastics such as Maimonides.

Rav Hai codified various the branches of Talmudic law. He wrote a treatise in Arabic on purchases, translated into Hebrew by Isaac Albargeloni with the title Ha-Meqah weha-Mimkar (1078). Another work, Sefer ha-Mashkon, is a treatise on mortgages. Mishpete ha-Tanna'im, is a treatise on contractual conditions. These three treatises were published together in Venice in 1604. Later editions include commentaries by Eleazar ben Aryeh (Vienna, 1800) and Hananiah Isaac Michael Aryeh (Salonica, 1814). Another translation of them exists in manuscript under the title "Dine Mamonot."

Hai also reportedly wrote a treatise on oaths called both Sha'are Shebu'ot and Kitab al-Aiman. The Sha'are Shebu'ot were later arranged metrically by an anonymous writer. Hai's treatise on boundary litigations, "Metzranut," is known only through quotations. The works titled Hilkot Tefillin, Siddur Tefillah and Metibot are also quoted as belonging to Hai.

Hai Gaon's abilities were also directed to the expounding of the Mishnah, the first written recording of the Jewish oral law and the foundation of the Talmud. Of this work only the portion on Seder Tohorot is extant. This commentary contains especially interesting linguistic notes, in which Hai compares Arabic and Aramaic renditions of the texts. He quotes the Mishnah, the two Talmuds (Babylonian and Jerusalem), the Tosefta, the Sifra, the Septuagint, the works of Saadia Gaon, and other sources. The commentary extended to the whole Mishnah, containing both historical and archeological notes. Some passages of the commentary are quoted by later rabbinical authorities.

Hai also wrote commentaries on the Hebrew Bible, although it is not known whether these covered the whole of the scripture or only parts of it. Abraham ibn Ezra quotes several of Hai's explanations in his commentary on the Book of Job.

Hai also compiled a dictionary of especially difficult words in the Bible, the Talmud, and other Jewish works, the Arabic title was al-Hawi, known in Hebrew as either Ha-Me'assef or Ha-Kolel. Moses ibn Ezra and several other North African rabbis of the twelfth and thirteenth centuries mention this work.

Of Hai's poetical writings the most important is the didactic poem Musar Haskel. The first edition of this work appeared about 1505; others were published in Constantinople (1531), in Paris (1559), and elsewhere. Several modern editions were also published. The Musar Haskel consists of 189 double verses in the Arabic meter known as rajaz, and it therefore received the alternate title of "Arjuzah." It's authenticity is doubted by some authorities, but if it really belongs to Hai, then he was the first known Eastern Jewish writer—as opposed to Jews living in Islamic Spain and Northern Africa—to use an Arabic meter in Hebrew poetry.

Some piyyutim (Jewish liturgical poems) are also ascribed to Hai Gaon, including one beginning with the words "Shema' qoli," which is preserved in the Sephardic liturgy for the evening of Yom Kippur.

Many spurious writings have been also ascribed to Hai, especially by the kabbalists of later centuries.

Hai Gaon was the last of the great heads of the Babylonian Jewish academies, and his rulings affected not only the Jews of Babylon but also those of Europe, Africa, and even India.

Already known as a great rabbinical scholar and hero who had faced persecution with his father, Hai's installation as gaon at Pupedita was greeted with great enthusiasm by the Jewish population. An old tradition says that on the Sabbath after Sherira Gaon's death, the biblical passage in which Moses asks God for an able follower was read in honor of Hai. The story of Solomon's accession to the throne was also read (1 Kings 2:1-12), the last verse being modified as follows: "And Hai sat on the throne of Sherira his father, and his government was firmly established." Hai remained gaon at Pumpedita until his death in 1038.

Hai's students included Rabbeinu Chananel and Rav Nissim, the head of the academy at Kairouan. He was celebrated by the Spanish poet Solomon ibn Gabirol and by Samuel ha-Nagid. However, the importance of the Babylonian yeshivas began to diminish after Hai Gaon's death, being superseded by rabbinical authorities of Muslim Spain and Christian Europe in succeeding centuries.

Retrieved from https://www.newworldencyclopedia.org/p/index.php?title=Hai_Goan&oldid=976628
Categories:
Hidden category:
This page was last edited on 4 December 2013, at 16:41.
Content is available under Creative Commons Attribution/Share-Alike License; additional terms may apply. See Terms of Use for details.