The name of the park, Manas National Park, originates from the Manas River, named after the serpent god Manasa. The Manas river serves as a major tributary of Brahmaputra River, which passes through the heart of the national park. Manas National Park has been designated a National Park, UNESCO Natural World Heritage site, a Project Tiger Reserve, an Elephant Reserve and a Biosphere Reserve in Assam, India. It is Located in the Himalayan foothills, with a part extending to Bhutan. The park has become well know for its rare and endangered wildlife, found nowhere else in the world, like the Assam Roofed Turtle, Hispid Hare, Golden Langur and Pygmy Hog.

The Indian government has shown tremendous vision by designating Manas a national park, tiger reserve, reserved forest, and welcoming the World Heritage Site designation. Faced with the need to survive, villagers living on the periphery of the park have presented the Indian government with an enormous challenge of protecting the wildlife and plant life. By accepting that challenge, India is leading the way for other countries with parks in developing regions. The tension between preserving wildlife habitat for future generations, and helping poverty level people eat and find shelter in this generation, has been playing out at Manas National Park in an admirable way. 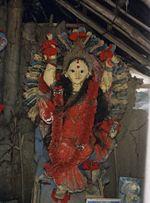 Only one forest village, Agrang, exists within the park, situated at the center the National Park. In addition to that village, fifty six villages surround the park. Many more fringe villages directly or indirectly depend on the park for their livlihood. 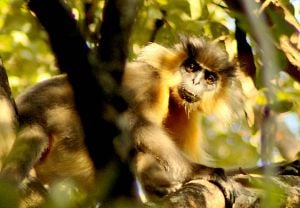 The park area falls in six districts: Kokrajhar, Bongaigaon, Barpeta, Nalbari, Kamrup and Darrang in the state of Assam in India. Manas, sitting in the Eastern Himalayas foothills, has dense forests throughout. The Manas river, the main river and a major tributary of Brahmaputra river, flows through the western section of the park, dividing into two separate rivers, the Beki and Bholkaduba. The Manas river, and five other small rivers, flow through the National Park which lies on a wide low-lying alluvial terrace below the foothills of the outer Himalaya.

Limestone and sandstone make up the bedrock of the savanna area in the north of the park, whereas deep deposits of fine alluvium soil nourish the grasslands in the south of the park. Sub-Himalayan Bhabar Terai formation, combined with riverine succession continuing up to Sub-Himalayan mountain forest, make the region one of the richest biodiversity areas in the world. The park measures 391 km² in area and is situated at a height of 61m to 110m above mean sea level.

Vegetation: The Burma Monsoon Forests of Manas lie on the borders between the Indo-Gangetic and Indo-Malayan biogeographical realms and belong to the Brahmaputra Valley Biogeographic Province. The combination of Sub-Himalayan Bhabar Terai formation with riverine succession leading up to Sub-Himalayan mountain forest makes it one of the richest biodiversity areas in the world.

Much of the riverine dry deciduous forest grows at an early successional stage. Moist deciduous forest replaces it away from water courses, succeeded by semi-evergreen climax forest in the northern part of the park. A total of 543 plants species have been recorded from the core zone. Of those, dicotyledons (including 89 trees) make up 374 species, 139 species monocotyledons and 30 Pteridophytes and Gymnosperms.

Powerful binoculars, with night vision facilities at night, represent the best way to watch wildlife at the park. The four-wheel (Jeep) drive petrol vehicle offers the ideal way to explore most of the Manas National Park in Assam. A boat ride on Manas river, commencing at Mathanguri and ending around 35km away, offers another popular option. The elephant rides, organized by the park authorities from Mathanguri, constitute the third option, a favorite with most visitors. Those take the visitor deep in to the densest areas of the forest and often in close quarters with the wildlife, including elephants, rhinos and wild buffaloes. The park closes during the Monsoon season.

The Forest Lodge sits inside the park at Mothanguri. 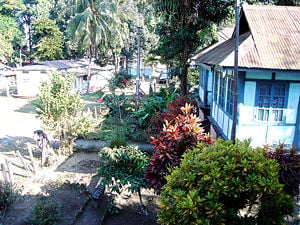 Manas Jungle Camp, a Community cum Conservation Tourism project in Kokilabari, sits near Eastern Core area of the Manas National Park. Run by the local Conservation NGO MMES (Manas Maozigendri Ecotourism Society), the organization has as its stated mission the revival of Manas and removal from the UNESCO Red-list. The camp has 40 ethnic cottages in a Rubber Plantation near the park boundary. The project runs various conservation programs, Cultural self-help groups, Handicraft self-help groups, and conducts regular patrolling inside the park in association with the Forest department to stop poaching, cattle grazing. That initiative has received appreciation from the UNESCO World Heritage Commission, and visitors from around the world. Many consider MMES a major development towards the revival of Manas.

Retrieved from https://www.newworldencyclopedia.org/p/index.php?title=Manas_National_Park&oldid=1013636
Categories:
Hidden category:
This page was last edited on 9 August 2018, at 15:55.
Content is available under Creative Commons Attribution/Share-Alike License; additional terms may apply. See Terms of Use for details.