Marie Jean Antoine Nicolas Caritat, marquis de Condorcet (September 17, 1743 - March 28, 1794) was a French philosopher, mathematician, and early political scientist who devised the concept of a Condorcet method. Unlike many of his contemporaries, he advocated a liberal economy, free and equal public education, constitutionalism, and equal rights for women and people of all races. His ideas and writings were said to embody the ideals of the Age of Enlightenment and rationalism, and remain influential to this day. He died a mysterious death in prison after a period as a fugitive from French Revolutionary authorities.

Condorcet was a key figure in the transformation of society from its feudal, Christian roots to modern, secular democracy.

Condorcet was born in Ribemont, Aisne, and descended from the ancient family of Caritat, who took their title from the town of Condorcet, Drôme in Dauphiné, of which they were long-time residents. Fatherless at a young age, he was raised by his devoutly religious mother. He was educated at the Jesuit College in Rheims and at the Collège de Navarre in Paris, where he quickly showed his intellectual ability, and gained his first public distinctions in mathematics. When he was 16, his analytical abilities gained the praise of Jean le Rond d'Alembert and Alexis Clairault; soon, Condorcet would study under D'Alembert.

From 1765 to 1774, he focused on science. In 1765, he published his first work on mathematics entitled Essai sur le calcul intégral, which was very well received, launching his career as a respected mathematician. He would go on to publish many more papers, and on February 25, 1769, he was elected to the Académie royale des Sciences (French Royal Academy of Sciences). 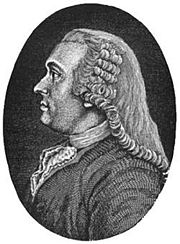 In 1772, he published another paper on integral calculus which was widely hailed as a groundbreaking paper in several domains. Soon after, he met Jacques Turgot, a French economist, and the two became friends. Turgot was to be an administrator under King Louis XV in 1772, and later became Controller-General of Finance under Louis XVI (in 1774).

Condorcet was recognized worldwide and worked with such famous scientists as Leonhard Euler and Benjamin Franklin. He soon became an honorary member of many foreign academies and philosophic societies notably in Germany, Imperial Russia, and the United States.

In 1774, Condorcet was appointed Inspector General of the Monnaie de Paris by Turgot. From this point on, Condorcet shifted his focus from the purely mathematical to philosophy and political matters. In the following years, he took up the defense of human rights in general, and of women's and Blacks' rights in particular (an abolitionist, he became active in the Society of the Friends of the Blacks in the 1780s). He supported the ideals embodied by the newly formed United States, and proposed projects of political, administrative and economic reforms intended to transform France.

In 1776, Turgot was dismissed as Controller General. Consequently, Condorcet submitted his resignation as Inspector General of the Monnaie, but the request was refused, and he continued serving in this post until 1791. Condorcet later wrote Vie de M. Turgot (1786), a biography which spoke fondly of Turgot and advocated Turgot's economic theories. Condorcet continued to receive prestigious appointments: in 1777, he was appointed Secretary of the Académie des Sciences, and, in 1782, secretary of the Académie Française.

The paper also outlines a generic Condorcet method, designed to simulate pair-wise elections between all candidates in an election. He disagreed strongly with the alternative method of aggregating preferences put forth by Jean-Charles de Borda (based on summed rankings of alternatives). Condorcet may have been the first to systematically apply mathematics in the social sciences.

In 1786, Condorcet worked on ideas for the differential and integral calculus, giving a new treatment of infinitesimals–a work which was never printed. In 1789, he published Vie de Voltaire (1789), which agreed with Voltaire in his opposition to the Church. In 1798, Thomas Malthus wrote an Essay on the Principle of Population partly in response to Condorcet's views on the "perfectibility of society." In 1781, Condorcet wrote a pamphlet, Reflections on Negro Slavery, in which he denounced slavery.[1]

Condorcet took a leading role when the French Revolution swept France in 1789, hoping for a rationalist reconstruction of society, and championed many liberal causes. As a result, in 1791 he was elected as a Paris representative in the Assemblée, and then became the secretary of the Assembly. The institution adopted Condorcet's design for state education system, and he drafted a proposed Bourbon Constitution for the new France. He advocated women's suffrage for the new government, writing an article for Journal de la Société de 1789, and by publishing De l'admission des femmes au droit de cité[2] in 1790.

There were two competing views on which direction France should go, embodied by two political parties: the more moderate Girondists, and the more radical Montagnards, led by Maximilien Robespierre, who favored purging France of its royal past (Ancien Régime). Condorcet was quite independent, but still counted many friends in the Girondist party. He presided over the Assembly as the Girondist held the majority, until it was replaced by the National Convention, elected in order to design a new constitution (the French Constitution of 1793), and which abolished the monarchy in favor of the French Republic as a consequence of the royal Flight to Varennes.

At the time of King Louis XVI's trial, the Girondists had, however, lost their majority in the Convention. Condorcet, who opposed the death penalty but still supported the trial itself, spoke out against the execution of the King during the public vote at the Convention. From that moment on, he was usually considered a Girondist. The Montagnards were becoming more and more influential in the Convention as the King's "betrayal" was confirming their theories. One of them, Marie-Jean Hérault de Seychelles, a member, like Condorcet, of the Constitution's Commission, misrepresented many ideas from Condorcet's draft and presented what was called a Montagnard Constitution. Condorcet criticized the new work, and as a result, he was branded a traitor. On October 3, 1793, a warrant was issued for Condorcet's arrest. 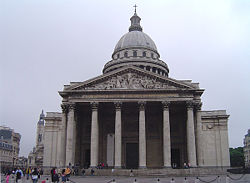 Condorcet was symbolically interred in the Panthéon (pictured) in 1989.

The warrant forced Condorcet into hiding. He hid for five months in the house of Mme. Vernet, Rue Servandoni, in Paris. It was there that he wrote Esquisse d'un tableau historique des progrès de l'esprit humain (English translation: Sketch for a Historical Picture of the Progress of the Human Mind), which was published posthumously in 1795 and is considered one of the major texts of the Enlightenment and of historical thought. It narrates the history of civilization as one of progress in the sciences, shows the intimate connection between scientific progress and the development of human rights and justice, and outlines the features of a future rational society entirely shaped by scientific knowledge.

On March 25, 1794 Condorcet, convinced he was no longer safe, left his hideout and attempted to flee Paris. Two days later he was arrested in Clamart and imprisoned in the Bourg-la-Reine (or, as it was known during the Revolution, Bourg-l'Égalité, that is, the "Equality Borough" rather than "Queen's Borough"). Two days after that, he was found dead in his cell. The most widely accepted theory is that his friend, Pierre Jean George Cabanis, gave him a poison which he eventually used. However, some historians believe that he may have been murdered (perhaps because he was too loved and respected to be executed).

Condorcet was interred in the Panthéon in 1989, in honor of the bicentennial of the French Revolution and Condorcet's role as a central figure in the Enlightenment. However his coffin was empty : interred in the common cemetery of Bourg-la-Reine, his remains were lost during the nineteenth century.