Fluorine (chemical symbol F, atomic number 9) is a nonmetal that belongs to a group of chemical elements known as halogens. Chemically, it is the most reactive and electronegative of all elements. At ordinary temperatures and pressures, pure fluorine is a poisonous gas, pale yellow in color, with the chemical formula F2. Like other halogens, molecular fluorine is extremely dangerous, causing severe chemical burns on contact with skin.

Fluorine and its compounds are useful for a wide range of applications, including the manufacture of pharmaceuticals, agrochemicals, lubricants, and textiles. Hydrofluoric acid is used to etch glass, and fluorine is used for plasma etching in the manufacture of semiconductors and other products. Low concentrations of fluoride ions in toothpaste and drinking water can help prevent dental cavities, while higher concentrations of fluoride are used in some insecticides. Many important general anesthetics are derivatives of fluorohydrocarbons. The isotope 18F is a source of positrons for medical imaging by the technique called PET (positron emission tomography), and uranium hexafluoride is used to separate uranium isotopes and produce enriched uranium for nuclear power plants.

The name fluorine is derived from the Latin term fluere, meaning "to flow." Minerals containing compounds of fluorine were known for many years before isolation of the element fluorine. For example, the mineral fluorspar (or fluorite), consisting of calcium fluoride, was described in 1530 by Georgius Agricola.[1] He noted that it was useful as a flux—a substance that helps lower the melting temperature of a metal or ore and aids in purification of the desired metal.

It was eventually realized that hydrofluoric acid contained a previously unknown element. This element, however, was not isolated for many years, because of its extreme reactivity. Not only is it difficult to separate from its compounds, but it then immediately attacks the remaining materials of the compound. The derivation of elemental fluorine from hydrofluoric acid is exceptionally dangerous, and early attempts to do so blinded and killed several scientists. These men came to be known as the "fluorine martyrs."

Finally, French chemist Henri Moissan succeeded in isolating fluorine in 1886, through the electrolysis of a mixture of molten potassium fluoride and hydrofluoric acid. For that success, Moissan was awarded the 1906 Nobel Prize in Chemistry. His electrolytic approach continues to be used today for the industrial preparation of fluorine.

The first large-scale production of fluorine was undertaken during World War II, as a step in the making of atomic bombs in the Manhattan project. The fluorine was used to produce uranium hexafluoride (UF6), which in turn was used to separate two uranium isotopes, 235U and 238U, from each other. Today, gaseous UF6 is used to produce enriched uranium for nuclear power applications.

In the periodic table, fluorine is located at the top of group 17 (former group 7A), which is the halogen family. Other halogens are chlorine, bromine, iodine, and astatine. In addition, it is situated in period 2, between oxygen and neon.

Pure fluorine (chemical formula F2) is a corrosive gas with a characteristic pungent odor that is detectable in concentrations as low as 20 nanoliters per liter of gas volume. As the most reactive and electronegative of all elements, it readily forms compounds with most other elements. It is far too reactive to be found in elemental form and has such an affinity for most elements, including silicon, that it cannot be prepared or stored in glass vessels. In moist air, it reacts with water to form the equally dangerous hydrofluoric acid.

Fluorine reacts explosively with hydrogen even under cool conditions in the dark. It reacts violently with water to generate hydrofluoric acid and oxygen gas. Various materials—including finely divided metals and glass—burn with a bright flame in a jet of fluorine gas. Moreover, fluorine forms compounds with the noble gases krypton, xenon, and radon. It does not, however, react directly with nitrogen or oxygen.

Notwithstanding its extreme reactivity, methods for the safe handling and transport of fluorine are now available. The element can be stored in containers of steel or Monel metal (a nickel-rich alloy of metals), as these materials form surface fluorides that resist further reaction.

Fluorides are compounds in which fluorine occurs in the form of the negatively charged fluoride ion (F−), combined with some positively charged counterpart. Compounds of fluorine with metals are among the most stable of salts. When dissolved in water, these salts release fluoride ions. Other forms of fluorine are fluoro-complexes, such as [FeF4]−, and H2F+.

There are many isotopes of fluorine, ranging from 14F to 31F. Only one of these isotopes, 19F, which contains 10 neutrons, is stable. The radioactive isotope 18F is a valuable source of positrons.

Bones and teeth contain most of the body's fluorine, in the form of fluoride ions. Fluoridation of drinking water (at levels below one part per million) significantly reduces the incidence of dental caries—a viewpoint endorsed by the Food and Nutrition Board of the National Academy of Sciences-National Research Council (NAS/NRC). On the other hand, excess accumulation of fluoride can lead to fluorosis, manifested in the mottling of teeth. This effect is commonly observed in communities with drinking water containing fluoride at concentrations exceeding ten parts per million.

Both elemental fluorine and fluoride salts are toxic and must be handled with great care. Contact with the skin or eyes should be strictly avoided. Contact with exposed skin produces hydrofluoric acid, which rapidly migrates through the skin and flesh and reacts with calcium in the bones, permanently damaging the bones.

A wide range of organic and inorganic compounds contain fluorine. In the case of organic compounds, chemists can replace hydrogen atoms with fluorine atoms, thus creating many new products. Being a highly reactive element, fluorine forms compounds with several noble gases, as demonstrated by Neil Bartlett who synthesized xenon hexafluoroplatinate (XePtF6) in 1962. Fluorides of krypton and radon have also been prepared. Another compound is argon fluorohydride, but it is stable only at extremely low temperatures. 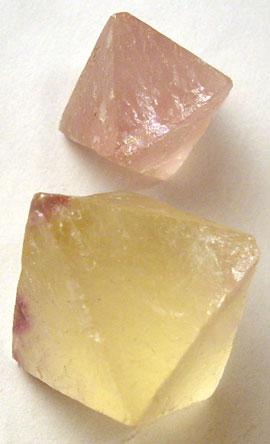 The following is a list of inorganic compounds of fluorine.

Retrieved from https://www.newworldencyclopedia.org/p/index.php?title=Fluorine&oldid=1077971
Categories:
This page was last edited on 4 September 2022, at 03:19.
Content is available under Creative Commons Attribution/Share-Alike License; additional terms may apply. See Terms of Use for details.