A biological adaptation is any structural (morphological or anatomical), physiological, or behavioral characteristics of an organism or group of organisms (such as species) that make it better suited in its environment and consequently improves its chances of survival and reproductive success. Due to individual phenotypic plasticity (variability), individuals will be more or less successful. Some adaptations may improve reproductive success of the population, but not a particular individual, such as seen in altruistic behavior in social insects.

Organisms that are adapted to their environment are able to :

Adaptation occurs in response to changes in the environment, life style, or relationship to other organisms. Environmental dynamicity, voluntary or compelled shifting of habitat, and human activities may put organisms in a new niche or in environmental stresses or pressures. In such circumstances, the organisms require characteristics suitable to the new situation. Organisms that are not suitably adapted to their environment will either have to move out of the habitat or die out. The term die out in the context of adaptation means that the death rate over the entire population of the species exceeds the birth rate for a long enough period for the species to disappear.

While adaptations provide for the individual purpose of the organism—survival, reproduction, development, maintenance—these same characteristics provide diversity and add to human fascination with, and enjoyment of, nature. Furthermore, while adaptations often are seen as a static set of suitable characteristics, in reality the process of developing adaptations is a dynamic process. Whether envisioned as the product of design or natural selection, or natural selection on the microevolutionary level and design for macroevolutionary changes, the reality is that new adaptations are needed when organisms encounter new environments, and such have arisen for millions of years.

In some extreme conditions, it is possible for the previous adaptation to be poorly selected, the advantage it confers over generations decreasing, up to and including the adaptation becoming a hindrance to the species' long–term survival. This is known as maladaptation.

There is a great difference between adaptation and acclimation or acclimatization. The process of developing adaptations occurs over many generations; it is a population phenomenon involving genetics and is generally a slow process. Acclimation or acclimatization, on the other hand, generally occurs within a single lifetime or instantly and deals with issues that are less threatening. For example, if a human being were to move to a higher altitude, respiration and physical exertion will become a problem. However, after spending a period of time under the high altitude conditions, one may acclimatize to the reduced pressure, the person's physiology may function normally, and the change will no longer be noticed.

Based on the habitats for which organisms develop adaptations, adaptations can be categorized into 3 fundamental types, namely aquatic, terrestrial, and volant (flying), each of which can be further divided into many subtypes.

Aquatic adaptations are found in those plants and animals that live in water habitats: fresh water, brackish water, and sea water. For example, fresh water organisms develop features to prevent the entry of excess water or processes to drain excess water regularly. On the contrary, marine organisms face scarcity of water due to hypertonic (salt concentration higher than that of body fluid) sea water. So, they have mechanisms to retain water and excrete excess salts that enter in water intake. Aquatic plants may be emergent rooted plants (e.g., reeds), submersed rooted plants (e.g., Hydrilla), planktons (e.g., diatoms) or floating plants (e.g., water hyacinth). Similarly, aquatic animals may be benthic, occurring at the bottom of a water body, or pelagic, occurring in the water body itself. The animals may live partially or permanently in water. Thus they may range from non–specialized to very highly specialized water dwellers.

Some characteristic aquatic adaptations are:

Terrestrial adaptations are exhibited by the plants and animals living in land habitats. As there are varied types of land habitats, the adaptations shown by organisms also are of diverse kinds.

This adaptation occurs in the animals leading a subterranean mode of life. They are equipped with digging organs and they dig for food, protection, or for shelter. Zoologically, they tend to be primitive and defenseless. The adaptational features are:

This is adaptation involving "running" and is required by those organisms living in grassland habitats, since the lack of hiding places means fast running is an important means of protection from the enemies there. Horses, zebras, deer, and so forth show this adaptation, with following modifications:

This is also known as scansorial adaptation and is found in animals that live in trees or climb on rocks and walls. The features enabling them to be best suited in the habitat are:

Desert adaptations are for the mode of life in extreme terrestrial habitats. Desert plants (xerophytes) and animals (xerocoles) show adaptations for three challenges: getting moisture, conserving moisture, and defending oneself from biotic and abiotic factors. Many of these adaptations are just physiological and behavioral:

Protection from enemies, predators, and even mistakes is achieved by the use of protective devices and mechanisms, such as slippery surfaces, horns, spines, unpleasant smells (e.g., shrew), poison, hard shells, autotomy (self cutting) of tail (e.g., wall lizard), or by the use of coloration together with behavioral postures. Colorations are used for different purposes:

Volant adaptation refers to adaptations in those having a flying mode of life. Included are modifications that help organisms sustain and propel their body in the air. It may be for passive gliding or for active true flight.

These types of movements involve no propulsion other than the initial force of jumping and gravitational force. It is characterized by leaping or jumping from a high point and being held up by some sustaining organs to glide to the lower levels.

Active true flight is aerial flight with both sustaining and propulsion; it is found among living forms in insects, birds, and bats. Being widely different groups, it is held that their flight developed independently. Nonetheless, they show many common features:

The theories of adaptation 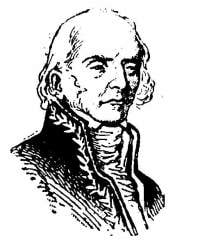 Jean-Baptiste Lamarck was among the first to put forth a theory of adaptation, offering a process by which such adaptations could have arisen. His theory was referred to as the inheritance of acquired characters. But it failed to explain the origin and inheritance of characters as a population phenomena. Epigenetics (Pray 2004) and Baldwinian evolution (Nortman 2003) offer analogous processes in modern evolutionary theory.

Next, Charles Darwin came up with a more concrete explanation of adaptation that fit with observations. His theory of natural selection offered a mechanism by which suitable characters for particular environments could come to gradually predominate in the polymorphic population. So popular is Darwinian theory that the term adaptation is sometimes used as a synonym for natural selection, or as part of the definition ("Adaptation is the process by which animals or plants, through natural selection, come to better fit their environment.") However, most biologists discourage this usage, which also yields circular reasoning. Nonetheless, Darwin's theory does not give reasons for the underlying polymorphism on which natural selection works, and evidence of natural selection being the directing force of changes on the macroevolutionary level, such as new designs, is limited to extrapolation from changes on the microevolutionary level (within the level of species).

Industrial melanism is often presented as the best illustrative example of evolution of adaptive modification. In this case, two forms of peppered moths (Biston betularia) exist, melanic and non-melanic forms. Field studies in England over a 50-year period suggest that melanic forms increased in proportion in polluted areas because of the phenomenon of industrial melanism. This shift toward darker melanic forms is attributed to an heightened predation by birds of the light-colored moths, because the lighter forms could more easily be seen on the tree trunks that have been increasingly darkened from pollution. However, Wells (Wells 2000) pointed out that there are flaws in the studies, including the fact that peppered moths do not normally alight on tree trunks, and there are even inverse correlations with pollution in many situations.