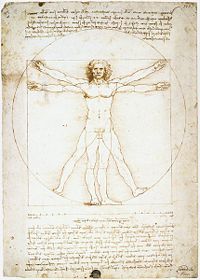 Since the dawn of civilization, human beings have had a curiosity about nature and about the human body. In their efforts to better understand the mysteries of life, one key area is physiology. Most fields of biological endeavor—botany, zoology, embryology, cytology, etc.—include a study of function and thus of physiology. The science of medicine is particularly tied to the study of human physiology.

Physiology has traditionally been divided into plant physiology and animal physiology, but the principles of physiology are universal, no matter what particular organism is being studied. For example, what is learned about the physiology of yeast cells can also apply to human cells.

The field of animal physiology extends the tools and methods of human physiology to non-human animal species. Plant physiology borrows techniques from both fields. Physiology's scope of subjects is at least as diverse as the tree of life itself. Due to this diversity of subjects, research in animal physiology tends to concentrate on understanding how physiological traits changed throughout the history of animals.

Other major branches of scientific study with roots grounded in physiology research include biochemistry, biophysics, paleobiology, biomechanics, and pharmacology.

In the eighth century C.E., it was Abu Bakr Al Razi (popularly known as Rhazes), a Persian physician and philosopher who described certain physiological parameters when he went to establish a hospital at Baghdad. Razi was followed by Al Kindi, who wrote a treatise on human physiology.

Herman Boerhaave is sometimes referred to as the father of physiology due to his exemplary teaching in Leiden and his textbook Institutiones medicae (1708).

In the United States, the first physiology professorship was founded in 1789 at the College of Philadelphia, and in 1832, Robert Dunglison published the first comprehensive work on the subject, Human Physiology (Encyclopedia of American History, 2007). In 1833, William Beaumont published a classic work on digestive function.

Human physiology is the most complex area in physiology. This area has several subdivisions that overlap with each other. Many animals have similar anatomy to humans and share many of these areas.

Plant physiology has differing subdivisions. For example, since plants do not have muscles and nerves, neither myophysiology nor neurophysiology applies.