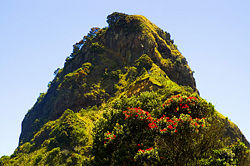 Although universal consensus on a definition is lacking, biological properties common to the known organisms found on Earth (plants, animals, fungi, protists, archaea, and bacteria) are that they are carbon-and-water-based, are cellular with complex organization, use energy and undergo metabolism, possess a capacity to grow, maintain homeostasis, respond to stimuli, reproduce, and have various adaptations to the environment.

Not every definition of life considers all of these properties to be essential. For example, the capacity for descent with modification is often taken as the essential property of life. This definition notably includes viruses, which do not qualify under narrower definitions as they are acellular and do not metabolize. Broader definitions of life may also include theoretical non-carbon-based life.

Beyond the biological manifestations of matter, some philosophical perspectives, notably the Aristotelian theory of the soul and modern vitalism, add that living organisms possess an inner aspect or character that confers the quality of life (below). They do not agree with a modern biological orientation that explains the phenomena of life only in terms of external principles of chemistry and physics.

Although it cannot be pinpointed exactly, evidence suggests that life on Earth has existed for about 3.7 billion years.[1] 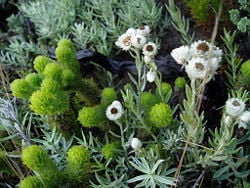 It is important to note that reproduction as a characteristic applies primarily at the level of species, so even though many individuals of any given species do not reproduce, possibly because they belong to specialized sterile castes (such as ant workers) or are sterile for other reasons, including age or disease, these are still considered forms of life. Likewise one could say that the property of life is inherited; hence, sterile hybrid species such as the mule are considered life although not themselves capable of reproduction. For similar reasons, viruses and aberrant prion proteins are often considered replicators rather than forms of life, a distinction warranted because they cannot reproduce without very specialized substrates such as host cells or proteins, respectively. However, most forms of life rely on foods produced by other species, or at least the specific chemistry of Earth's environment. In addition to the above, generally recognized biological characteristics, some philosophers recognize another quality that comprises living organisms.

10. Life-factor. This additional characteristic is an immaterial, inner aspect that distinguishes living organisms, such as plants and animals, from inanimate objects, such as atoms, molecules, and minerals. This quality or characteristic of "life" is an invisible, non-material force that underlies the physical, and Aristotle calls it the "soul" (psyche). According to Aristotle, every existing thing is composite of "form" (its essence or whatness) and "matter" (the material stuff it is made of), and form and matter are inseparable from each other (hylomorphism). The "form" of a living thing, whether it is a plant or an animal, is the soul, while its "matter" is the body. Life is none other than the soul of a living thing, which is the ability to engage, through the body, in the activities that are characteristic of living things in the world—activities such as self-nourishment, growth, reproduction, locomotion, perception, and intellect. While the plant soul can only engage in self-nourishment, growth, and reproduction, the animal soul can engage in locomotion and perception as well as in the activities of the plant soul. The human soul can engage not only in all these activities but also in intellect.

Aristotle, perhaps the very first biologist in the West, understands the soul (life) to be always inseparable from the body, and this notion of the soul is very different from our modern understanding of it as something immortal beyond physical life. If this Aristotelian view is applied, the DNA and proteins of a cell may only be the external or physical aspect of life—the base of life or the part that carries life, and there is an immaterial "life field" that guides the DNA. By analogy, the chemistry and structures of a cell is like a radio while life is like the radio waves that give meaning to its sound; or the structures of a cell forms the computer while the life-force is like the software that runs on the computer to do meaningful tasks. The life-factor has the quality of mind; it carries the qualities of consciousness.

In process philosophy, the internal aspect of living organisms is regarded as a subset of the two qualities that living organisms share with all existent beings, the quality of dual characteristics or polarity. Alfred North Whitehead (1861-1947) calls it the "dipolarity" of reality, which means that every actual entity in the universe has two distinguishable yet inseparable poles: mental and physical. Both Aristotle and Whitehead find the dual characteristics of form and matter (Aristotle) or of mental and physical poles (Whitehead) in nonliving beings as well. For them, however, living beings have a higher degree of the development of the internal than nonliving beings, thus having activities of life.

Another school relevant to this discussion is vitalism, according to which living organisms possess a non-physical inner force such as the "entelechy" of Hans Driesch (1867–1941) and the "élan vital" of Henri Bergson (1874-1948), to which the biological activities of living organisms can be ascribed. Vitalism is opposed to biological mechanism which maintains that phenomena of life can be explained exclusively in terms of chemistry and physics that deal with matter. 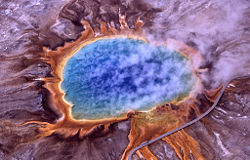 There is no truly "standard" model for the origin of life, but most currently accepted scientific models build in one way or another on the following discoveries, which are listed roughly in order of postulated emergence:

There are many different hypotheses regarding the path that might have been taken from simple organic molecules to protocells and metabolism. Many models fall into the "genes-first" category or the "metabolism-first" category, but a recent trend is the emergence of hybrid models that do not fit into either of these categories.

From a philosophical or religious perspective, the external manifestation of the development of life was guided at every stage of the process by the internal life-force, and ultimately by the Supreme Being or Creator.

The possibility of extraterrestrial life

Earth is the only planet in the universe known to harbor life. The Drake equation has been used to estimate the probability of life elsewhere, but scientists disagree on many of the values of variables in this equation. Depending on those values, the equation may either suggest that life arises frequently or infrequently.