With only around 50 permanent inhabitants, Pitcairn is also famed for being the least populated country in the world.

The islands are best known for being the home of the descendants of the HMS Bounty mutineers and the Tahitians who accompanied them, an event retold in numerous books and films. This story is still apparent in the surnames of many of the islanders. The mutiny and its aftermath is a story of sin and redemption.

The Pitcairn Islands form the south-easternmost extension of the geological archipelago of the Tuamotus of French Polynesia, and consist of four islands: Pitcairn Island, Oeno Island (an atoll with five islets), Henderson Island, and Ducie Island (an atoll with four islets). Pitcairn is a volcanic island, and Ducie and Oeno are coral atolls. Henderson Island is an uplifted coral island.

The only permanently inhabited island, Pitcairn, has an area of two square miles (five kilometers square). It is accessible only by boat through Bounty Bay. Adamstown is the capital.

Henderson Island, accounting for about 67 percent of the territory's total land area, and supporting a rich variety of animals in its nearly inaccessible interior, is also capable of supporting a small human population. Access to the island is difficult because its outer shores consist of uniformly steep limestone cliffs or sharp coral. The other islands are separated by a distance of more than 60 miles (100 kilometers) and are not habitable.

The highest point on the Pitcairn Islands is the Pawala Valley Ridge, which has an elevation of 1,138 feet (347 meters). The climate is tropical, hot, and humid, moderated by southeast trade winds, with temperatures varying from 66 °F (19 °C) in the winter months to 75 °F (24 °C) in the summer. Annual rainfall averages about 79 inches (2,000 millimeters), with a rainy season from November to March, when typhoons can occur.

Natural resources include miro trees, which are used for handicrafts, and fish. Manganese, iron, copper, gold, silver, and zinc have been discovered offshore. Only a small portion of Pitcairn's original forest remains because of burning and clearing for settlement. 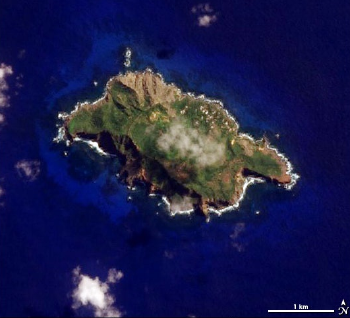 Archaeologists believe that Polynesians lived on Pitcairn Island from the eleventh century to the fifteenth century C.E. These first Pitcairners seem to have traded with the more populous island of Mangareva, 250 miles (400 kilometers) to the west, exchanging food for the high quality rock and volcanic glass available on Pitcairn. It is not certain why this society disappeared, but it is probably related to the deforestation of Mangareva and the subsequent decline of its culture. Pitcairn was not capable of sustaining large numbers of people without relationships with other populous islands.

Thus the island was uninhabited when it was discovered by the Portuguese explorer Pedro Fernández de Quirós for Spain. Ducie and Henderson Islands are believed to have been discovered in 1606, by de Quirós, who named them La Encarnación and San Juan Bautista respectively. However, there is uncertainty about which of the islands were visited. 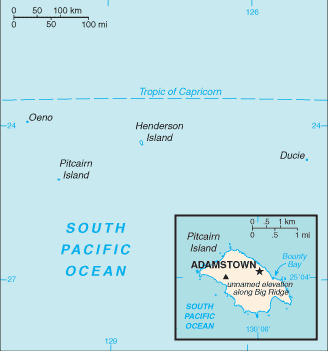 Pitcairn Island itself was rediscovered on July 3, 1767, by the crew of the British sloop HMS Swallow, and was named after Midshipman Robert Pitcairn, a 15-year-old crewmember who was the first to sight the island (Pitcairn was the son of British marine officer John Pitcairn, who was second in command of British forces stationed in Massachusetts during the American Revolutionary War).

Ducie Island was rediscovered in 1791 by the British Captain Edwards aboard HMS Pandora, and named after Baron Francis Ducie, a captain in the Royal Navy. It was annexed by Britain in 1902, and in 1938 it was formally incorporated into Pitcairn to become part of a single administrative district, the "Pitcairn Group of Islands."

Henderson Island was rediscovered January 17, 1819, by British Captain Henderson of the British East India Company ship Hercules. On March 2, 1819, Captain Henry King, sailing aboard the Elizabeth, landed on the island to find the King's colors already flying. His crew scratched the name of their ship into a tree and for some years the island's name was Elizabeth or Henderson interchangeably. Henderson Island was annexed by Britain and incorporated into Pitcairn in 1938. 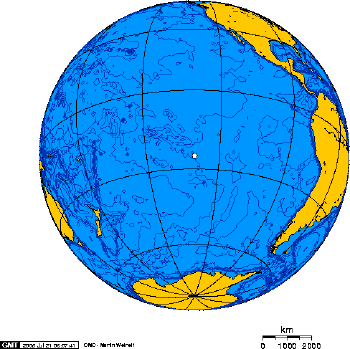 In 1790, the mutineers of HMS Bounty and their Tahitian companions, some of whom may have been kidnapped from Tahiti, settled on Pitcairn Island and set fire to the Bounty. The wreck is still visible underwater in Bounty Bay. Although the settlers were able to survive by farming and fishing, the initial period of settlement was marked by serious tensions among the settlers. Alcoholism, murder, disease, and other ills took the lives of most of the mutineers and Tahitian men. Mutineers John Adams and Ned Young turned to religion, using the ship's Bible as their guide, to attempt a new and peaceful society.

The Pitcairners converted to Christianity (the Pitcairners would later convert to Adventism after a successful Adventist mission in the 1890s). When the British visited Pitcairn again in 1814, they were impressed with the emerging society and the example of leadership given by Adams. Because of this, it was decided not to arrest him for mutiny.

The island became a British colony in 1838. By the mid 1850s, the Pitcairn community was outgrowing the island and its leaders appealed to the British government for assistance. They were offered Norfolk Island and on May 3, 1856, the entire community of 193 people set sail for Norfolk on board the Morayshire, arriving on June 8 after a miserable five-week trip. But after eighteen months on Norfolk, 17 of the Pitcairners returned to their home island; five years later, another 27 did the same. 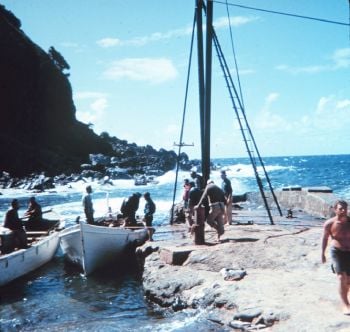 Since a population peak of 233 in 1937, the island has been affected by emigration, primarily to New Zealand, leaving about 50 people currently living on Pitcairn.

There are allegations of a long history of sexual abuse of girls as young as seven, which culminated in 2004 in the charging of seven men living on Pitcairn, and another six now living abroad, with sex-related offenses, including rape. On October 25, 2004, six men were convicted, including Steve Christian, the island's mayor at the time.

The governor of the Pitcairn Islands is the British High Commissioner to New Zealand, who maintains a representative officer on the island—this is probably the most remote and inaccessible diplomatic posting in the world. Because the high commissioner does not live on the island, daily affairs traditionally have been the responsibility of the magistrate, the chairman of the Island Council. Elections for this position take place every three years. A constitutional revision in 1998 transferred these functions to the mayor of Pitcairn from 1999 on. The island’s magistrate is appointed by the governor. The chairman of the Internal Committee is an elected official. 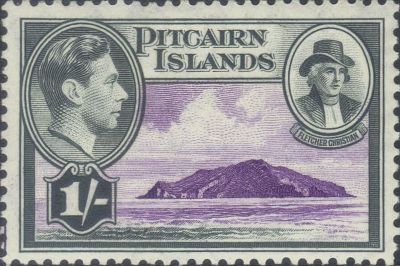 Pitcairn residents derive their income from barter with passing ships and a form of welfare that offers payment for manual labor. The fertile soil of the Pitcairn valleys produces a wide variety of fruits and vegetables, including citrus, sugarcane, watermelons, bananas, yams, and beans. Pitcairn's economy is dependent on fishing, subsistence farming, and handicrafts, with barter playing an important part. The major sources of revenue are the sale of postage stamps to collectors, honey, and the sale of handicrafts to passing ships, most of which are traveling the United Kingdom to New Zealand route via the Panama Canal. Trade is restricted by the jagged geography of the island, which lacks a harbor or airstrip, forcing all trade to be made by longboat to visiting ships. Occasionally, passengers from expedition-type cruise ships will come ashore for a day, weather permitting.

The longboats used to ferry people and goods across Bounty Bay to ships are operated by the Christian family, the family of the former mayor of the island. To get to Pitcairn it is necessary to fly to Tahiti, then Mangareva, then embark on a further 30-hour boat ride. There is one boat every several months. Alternately, passage can be obtained aboard a few freighters out of New Zealand—it is a seven-day trip via freighter. Leaving the island is hit-and-miss; one leaves when transportation happens by, not necessarily when one wishes to go.

There is one four-mile (6.4 km) paved road and no railways. On land, walking has historically been the way of getting around. All-terrain vehicles have become common in more recent years.

There are only satellite phones on the island, replacing a single wired telephone “party line.” Islanders call between homes and ships via VHF radio. There is no broadcast station. Marine band walkie-talkie radios are used to maintain contact among people in different areas of the island. There is no broadcast TV; most houses have a VCR/DVD to watch videos. There is one government-sponsored satellite internet connection, networked to all houses on the island. There is an active home-based economy based on internet sales of handicrafts and souvenirs; how profitable these enterprises are is unclear.

All native Pitcairn residents are descended from the mutineers on the HMS Bounty, a fact reflected in the surnames of many of the families–Christian being descended from Fletcher Christian, for example. Islanders are of mixed Caucasian and Polynesian stock, as the mutineers took wives and mates from the Tahitian natives they had previously encountered. There is a high degree of inter-relation among the population. 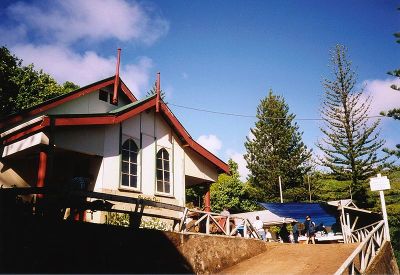 Islanders are members of the Seventh-day Adventist Church and tend to a somewhat puritanical attitude. Officially, public displays of affection and public consumption of alcohol are forbidden. In practice, consumption of alcohol is sanctioned by the administration of the island, especially when cruise ships anchor offshore.

Due to a lack of educational facilities beyond the primary level on the island, secondary school-aged children are sent to boarding schools either in New Zealand or Australia. As a result, many do not return to the island. One former resident described the island as "a rural slum."

Pitkern is a creole language derived from eighteenth century English language, with elements of the Tahitian language. It is spoken as a first language and is taught alongside standard English at the island's only school. It is closely related to the creole language Norfuk spoken on Norfolk Island, because Pitcairners re-populated Norfolk in the mid-nineteenth century.

Islanders have retained considerable links to the Norfolk Island community, with many having family there. There is also a small community of Pitcairn expatriates in both New Zealand and Australia. Remittances from these communities are part of Pitcairn's income.

Pitcairn culture, like its language, is a mix of English and Tahitian influences. A successful Adventist mission in the 1890s was important in shaping Pitcairn society. In recent years, the church has declined, with only about eight islanders worshipping regularly, but most of them still attend church on special occasions. The Sabbath is observed as a day of rest and as a mark of respect for observant Adventists.

The once-strict moral codes, which prohibited dancing, public displays of affection, smoking, and consumption of alcohol, have been relaxed. Islanders and visitors no longer require a six-month licence to purchase, import, and consume alcohol. There is now one licensed café and bar on the island, and the government store sells alcohol and cigarettes.

Fishing and swimming are two popular recreational activities. A birthday celebration or the arrival of a ship or yacht will involve the entire Pitcairn community in a public dinner in the Square, Adamstown. Tables are covered in a variety of foods, including fish, meat, chicken, pilhi, baked rice, boiled plun (banana), breadfruit, vegetable dishes, an assortment of pies, bread, breadsticks, an array of desserts, pineapple, and watermelon.