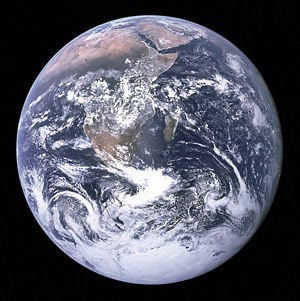 Geochemists study the chemical composition of Earth and other planets.

The field of geochemistry involves study of the chemical composition of Earth and extraterrestrial bodies and systems, and the chemical processes and reactions that take place within them. It also involves investigation of the cycles of matter and energy that transport the Earth's chemical constituents through time and space.

Scientific studies in geochemistry provide knowledge about Earth and its history, and they help us understand some of the processes involved in the formation of valuable mineral deposits and in changing the planet's climate. Geochemical knowledge is also useful when making plans to dispose of toxic wastes in a manner that causes least harm to humans and the environment.

Mineralogists Victor Goldschmidt and Vladimir Vernadsky are generally considered the founders of modern geochemistry. Goldschmidt enunciated many of the ideas in this field in a series of publications (from 1922) under the title Geochemische Verteilungsgesetze der Elemente. Vernadsky's book on geochemistry was published in Russian in 1924.

Meteorites may be studied as part of cosmochemistry.

Geochemistry includes the following major subfields and areas of study.

The more common constituents of rocks on Earth are oxides. The main exceptions to oxides are compounds of chlorine, sulfur, and fluorine.

The oxides combine in various ways. Some examples are given below.

These combinations must be regarded only as general tendencies, for there are numerous exceptions to the rules. The prevalent physical conditions also play a role in the formation of rocks.

Clarke also calculated the relative abundances of the principal rock-forming minerals and obtained the following results: apatite=0.6 percent, titanium minerals=1.5 percent, quartz=12.0 percent, feldspars=59.5 percent, biotite=3.8 percent, hornblende and pyroxene=16.8 percent, for a total of 94.2 percent. These figures, however, can only be considered rough approximations.

Rocks that contain the highest levels of silica and on crystallization yield free quartz are placed in a group generally designated "acid" rocks. Rocks that contain lowest levels of silica and most magnesia and iron, so that quartz is absent while olivine is usually abundant, form the "basic" group. The "intermediate" group includes rocks characterized by the general absence of both quartz and olivine. An important subdivision of these contains a very high percentage of alkalis, especially soda, and consequently has minerals such as nepheline and leucite not common in other rocks. It is often separated from the others as the "alkali" or "soda" rocks, and there is a corresponding series of basic rocks. Lastly, a small group rich in olivine and without feldspar has been called "ultrabasic" rocks. They have very low percentages of silica but high proportions of iron and magnesia.

Except for the last group, practically all rocks contain feldspars or feldspathoid minerals. In acid rocks, the common feldspars are orthoclase, with perthite, microcline, oligoclase, all having much silica. In the basic rocks, labradorite, anorthite, and bytownite prevail, being rich in lime and poor in silica, potash and soda. Augite is the most common ferro-magnesian of the basic rocks, while biotite and hornblende are usually more frequent in acid rocks.

Rocks that contain leucite or nepheline, either partly or wholly replacing feldspar, are not included in the above table. They are essentially of intermediate or basic character. They may be regarded as varieties of syenite, diorite, gabbro, and so forth, in which feldspathoid minerals occur. Indeed there are many transitions between ordinary syenites and nepheline (or leucite) syenite, and between gabbro or dolerite and theralite or essexite. But because many minerals that develop in these "alkali" rocks are uncommon elsewhere, it is convenient in a purely formal classification like that outlined here to treat the whole assemblage as a distinct series.

The above classification is based essentially on the mineralogical constitution of igneous rocks. Any chemical distinctions between the different groups, though implied, are relegated to a subordinate position. It is admittedly artificial, but it has developed with the growth of the science and is still adopted as the basis on which smaller subdivisions have been set up.

The subdivisions are by no means of equal value. For example, the syenites and the peridotites are far less important than the granites, diorites, and gabbros. Moreover, the effusive andesites do not always correspond to the plutonic diorites but partly also to the gabbros.

As the different types of rock, regarded as aggregates of minerals, pass gradually from one to another, transitional types are very common and are often so important as to receive special names. For example, the quartz-syenites and nordmarkites may be interposed between granite and syenite, the tonalites and adamellites between granite and diorite, the monzoaites between syenite and diorite, and the norites and hyperites between diorite and gabbro.

Retrieved from https://www.newworldencyclopedia.org/p/index.php?title=Geochemistry&oldid=1004937
Categories:
Hidden category:
This page was last edited on 26 May 2017, at 16:34.
Content is available under Creative Commons Attribution/Share-Alike License; additional terms may apply. See Terms of Use for details.