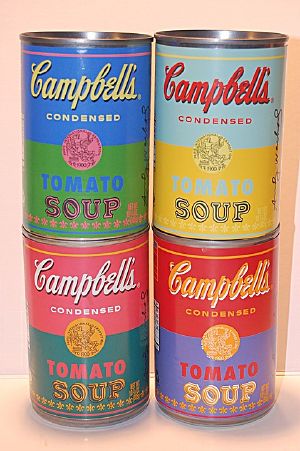 Canning is a method of preserving food by first sealing it in air-tight jars, cans or pouches, and then heating it to a temperature that destroys contaminating microorganisms that can either be of health or spoilage concern because of the danger posed by several spore-forming thermo-resistant microorganisms, such as Clostridium botulinum (the causative agent of botulism). Spores of C.Botulinum (in a concentration of 104 /ml) can resist boiling at 100°C (212°F) for more than 300 minutes; however, as temperature increases the times decrease exponentially, so at 121°C (250°F) for the same concentration just 2.8 minutes are required.

From a public safety point of view, foods with low acidity (i.e., pH > 4.3) need sterilization by canning under conditions of both high temperature (116-130°C) and pressure. Foods that must be pressure canned include most vegetables, meats, seafood, poultry, and dairy products. The only foods that may be safely canned in a boiling water bath (without high pressure) are highly acidic foods with a pH below 4.6,[1] such as fruits, pickled vegetables, or other foods to which acid has been added.

During the early Civil Wars, the notable French newspaper Le Monde, prompted by the government, offered a hefty cash award of 12,000 Francs to any inventor who could come up with a cheap and effective method of preserving large amounts of food. The massive armies of the period required regular supplies of quality food, and so preservation became a necessity. In 1809, the French confectioner Nicolas François Appert observed that food cooked inside a jar did not spoil unless the seals leak, thus developed a method of sealing food inside glass jars. The reason why food did not spoil was unknown at the time, since it would take another 50 years before Louis Pasteur would confirm the existence of microbes. However, glass containers presented many challenges for transportation.

Glass jars were replaced with cylindrical tin or wrought-iron canisters (later shortened to "cans") following the work of Peter Durand (1810), which were both cheaper and quicker to make and much more resilient than fragile glass jars. Tin-openers were not to be invented for another 30 years—at first, soldiers had to cut the cans open with bayonets or smash them open with rocks. The French Army began experimenting with issuing tinned foods to its soldiers, but the slow process of tinning foods and the even slower development and transport stages prevented the army from shipping large amounts around the French Empire, and the war ended before the process could be perfected. Unfortunately for Appert, the factory which he had built with his prize money was burned down in 1814 by Allied soldiers invading France. Following the end of the Napoleonic Wars, the canning process was gradually put into practice in other European countries and in the United States. Based on Appert's methods of food preservation, Peter Durand patented a process in the United Kingdom in 1810, developing a process of packaging food in sealed airtight wrought-iron cans. Initially, the canning process was slow and labor-intensive, as each can had to be hand-made and took up to six hours to cook properly, making tinned food too expensive for ordinary people to buy. In 1824 meats and stews produced by the Appert method were carried by Sir William Edward Parry in his voyage to find a northwestern passage to India. Throughout the mid-nineteenth century, tinned food became a status symbol amongst middle-class households in Europe, becoming something of a frivolous novelty. Early methods of manufacture employed poisonous lead solder for sealing the tins, which had disastrous consequences for the 1845 Franklin expedition to the Arctic Ocean.

Increasing mechanization of the canning process, coupled with a huge increase in urban populations across Europe, resulted in a rising demand for tinned food. A number of inventions and improvements followed, and by the 1860s, the time to cook food in sealed cans had been reduced from around six hours to only 30 minutes. Canned food also began to spread beyond Europe—Thomas Kensett established the first American canning factory in New York City in 1812, using improved tin-plated wrought-iron cans for preserving oysters, meats, fruits and vegetables. Demand for tinned food greatly increased during wars. Large-scale wars in the nineteenth century, such as the Crimean War, American Civil War, and Franco-Prussian War introduced increasing numbers of working-class men to tinned food, and allowed canning companies to expand their businesses to meet military demands for non-perishable food, allowing companies to manufacture in bulk and sell to wider civilian markets after wars ended. Urban populations in Victorian era Britain demanded ever-increasing quantities of cheap, varied, good-quality food that they could keep on the shelves at home without having to go to the shops every day for fresh produce. In response, companies such as Nestlé, Heinz, and others emerged to provide shops with good-quality tinned food for sale to ordinary working class city-dwellers. The late nineteenth century saw the range of tinned food available to urban populations greatly increase, as rival canning companies competed with each other using novel foodstuffs, highly decorated printed labels, and lower prices.

Demand for tinned food skyrocketed during World War I, as military commanders sought vast quantities of cheap, high-calorie food to feed their millions of soldiers; food which could be transported safely, would survive trench conditions, and which would not spoil in between the factory and the front lines. Throughout the war soldiers generally subsisted on very low-quality tinned foodstuffs, such as the British "Bully Beef" (cheap corned beef), pork and beans and Maconochies Irish Stew, but by 1916 widespread boredom with cheap tinned food amongst soldiers resulted in militarily purchasing better-quality food, in order to improve low morale, and the first complete meals in a tin began to appear. In 1917 the French Army began issuing tinned French cuisine, such as coq au vin, whilst the Italian Army experimented with tinned ravioli and spaghetti bolognese. Shortages of tinned food in the British Army in 1917 led to the government issuing cigarettes and even amphetamines to soldiers to suppress their appetites. After the war, companies that had supplied tinned food to national militarily improved the quality of their goods for sale on the civilian market.

Today, tin-coated steel is the material most commonly used. Laminate vacuum pouches are also now used for canning, such as those found in an MRE.

Modern double seams provide an airtight seal to the tin can. This airtight nature is crucial to keeping bacteria out of the can and keeping its contents sealed inside. Thus, double seamed cans are also known as Sanitary Cans. Developed in 1900 in Europe, this sort of can was made of the traditional cylindrical body made with tin plate; however, the two ends (lids) were attached using what is now called a double seam. A can thus sealed is impervious to the outside world by creating two tight continuous folds between the can’s cylindrical body and the lid at each end. This eliminated the need for solder and allowed improvements in the speed of manufacturing, thereby lowering the cost.

Double seams make extensive use of rollers in shaping the can, lid and the final double seam. To make a sanitary can and lid suitable for double seaming, manufacture begins with a sheet of coated tin plate. To create the can body rectangles are cut and curled around a die and welded together creating a cylinder with a side seam.

Rollers are then used to flare out one or both ends of the cylinder to create a quarter circle flange around the circumference. Great care and precision are required to ensure that the welded sides are perfectly aligned, as any misalignment will mean that the shape of the flange is inconsistent, compromising its integrity.

A circle is then cut from the sheet using a die cutter. The circle is shaped in a stamping press to create a downward countersink to fit snugly in to the can body. The result can be compared to an upside down and very flat top hat. The outer edge is then curled down and around approximately 130 degrees using rollers creating the end curl.

The final result is a steel tube with a flanged edge. And a countersunk steel disc with a curled edge. A rubber compound is put inside the curl.

The body and end are brought together in a seamer and held in place by the base plate and chuck, respectively. The base plate provides a sure footing for the can body during the seaming operation and the chuck fits snugly in to the end (lid). The result is the countersink of the end sits inside the top of the can body just below the flange. The end curl protrudes slightly beyond the flange.

Once brought together in the seamer, the seaming head presses a special first operation roller against the end curl. The end curl is pressed against the flange curling it in toward the body and under the flange. The flange is also bent downward and the end and body are now loosely joined together. The 1st operation roller is then retracted. At this point during manufacture five thicknesses of steel exist in the seam. From the outside in they are; a) End, b) Flange, c) End Curl, d) Body, e) Countersink. This is the first seam. All the parts of the seam are now aligned and ready for the final stage.

The seaming head then engages the second operation roller against the partly formed seam. The second operation presses all five steel components together tightly to form the final seal. The five layers in the final seam are then called; a) End, b) Body Hook, c) Cover Hook, d) Body, e) Countersink. All sanitary cans require a filling medium within the seam as metal to metal contact, otherwise such an arrangement would not maintain its hermetic seal for very long. In most cases a rubberized sealing compound is placed inside the end curl radius, forming the actual critical contact point between the end and the body.