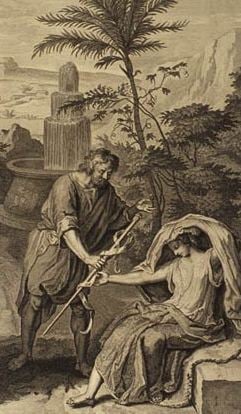 Levirate marriage has been practiced by societies with a strong clan structure in which exogamous marriage—martial unions outside of the clan—was forbidden. It is best known from stories in the Hebrew Bible, where it was practiced among the early Israelites. In Jewish tradition, the most famous levirate marriages took place in the family of Judah, whose daughter-in-law Tamar ultimately married Judah himself after two previous marriages resulted in the deaths of her husbands. The story of Ruth and Boaz describes a derivative form of levirate marriage, involving relatives more distant than brothers. Later and current Jewish tradition allows for the parties to opt out of levirate marriage through a process known as halizah.

Levirate marriage is or was also known in many other societies, including the Punjabis, Jats, Huns, Apache, Mongols, and Tibetans. Some, but by no means all, cultures that practice levirate marriage also practice the related custom of soroate marriage, in which a deceased wife’s sister marries the dead woman's husband.

In the Bible and Judaism

In Judaism, levirate marriage, known as yibbum (pronounced "yee-boom"), is a marital union mandated by the Torah in Deuteronomy 25:5-10, obliging a brother to marry the widow of his childless deceased brother.

When brothers live together, and one of them dies childless, the dead man's wife shall not be allowed to marry an outsider. Her husband's brother must cohabit with her, making her his wife, and thus performing a brother-in-law's duty to her. The first-born son whom she bears will then perpetuate the name of the dead brother, so that his name will not be obliterated from Israel (Deuteronomy 25:5-6).

Marriage with a brother's widow was normally forbidden among the Jews (Leviticus 18:16; 10:21), except for the case of yibbum. The advantage to the brother who agreed to marry his sister-in-law was that he would be the sole benefactor of his brother's estate instead of splitting it with the family. The disadvantage would be that if the levirate union resulted in male issue, the child would be named after the deceased brother and considered to be his offspring.

Examples of levirate marriage include the marriages of Tamar and Onan the son of Judah (Genesis 38:6-10). In this case, Onan was also cursed to death for attempting to avoid conception after the marriage was consummated. Another levirate‑type marriage in the Hebrew Bible was the later union of Tamar with her father-in-law Judah after Judah had refused to allow her to marry his youngest son after Onan's death (Gen. 38:8).

The story of Judah and Tamar served to emphasize the importance of levirate marriage in the days when the Israelites were still a family kinship group. However, in later times a provision was made so that parties might legally opt out of yibbum. In such cases, a ceremony known as halizah would be performed, involving a symbolic act of renunciation of their right to perform this marriage. Jewish law (halakha) has seen a gradual decline of yibbum in favor of halizah, to the point where in most contemporary Jewish communities yibbum is strongly discouraged. 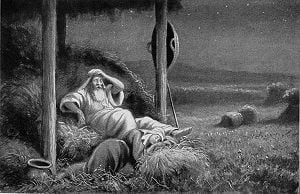 A famous instance involving a case analogous to both halizah and yibbum is recounted in the Book of Ruth. Here, after the death of her husband, Ruth is rejected by an anonymous closer relative, but is accepted by her husband's remaining kinsman, Boaz. In Ruth 4, Boaz carefully insures that the closer relative formally waives his right to act as Ruth's redeemer before himself claiming the right. This story from the Book of Ruth describes a custom involving a wider kinship tie than normal levirate marriage, since neither Boaz nor the closer relative were technically subject to the laws of yibbum or halizah under either Talmudic law or Deuteronomy.

In the New Testament

The New Testament preserves a tradition indicating that the custom of levirate marriage posed thorny questions for the Jews of the first century. According to the Gospel of Luke, certain Sadducees posed a challenge to the doctrine of the resurrection, which both Jesus and the Pharisees taught, by saying:

"Moses wrote for us that if a man's brother dies and leaves a wife but no children, the man must marry the widow and have children for his brother. Now there were seven brothers. The first one married a woman and died childless. The second and then the third married her, and in the same way the seven died, leaving no children. Finally, the woman died too. Now then, at the resurrection whose wife will she be, since the seven were married to her?" (Luke 20:28-31)

Jesus, in effect, dodged the question by declaring that, during the resurrection, there would be no marriage. Rabbis of a later era tended to solve the problem by downplaying the obligation of levirate marriage.

Laws of yibbum and halizah

Halakha (Jewish law) has a rich tradition around yibbum. These laws were first recorded in the Mishnah (late second century) and the Talmud, and were later codified by Maimonides in the Mishneh Torah. The subject is considered one of the most intricate in Jewish law, partly because of the complications that arise from multiple brothers and multiple wives.

According to these traditions, when a married man dies without having any children, male or female, from any relationship—including premarital and extra marital—his widow and his brother must perform either yibbum (levirate marriage) or halizah (formally waiving the levirate custom). It the case of yibbum, there is no technical need for a marriage ceremony between the widow and the deceased's brother, as they are already bound by divine decree.[1] Nevertheless the rabbis established that the couple should perform a marriage-like ceremony known as maamar,[2] recite the marriage blessings, and write a prenuptial agreement.[3] It is forbidden for the widow to remarry another until halizah has been performed. While any brother can perform yibbum or halizah, the greater obligation is on the oldest brother first.

The Samaritans reportedly followed a different course, practicing levirate marriage only when the woman was betrothed, rather than married, and the relationship had not been consummated.[4] The Karaites appear to have followed the same practice, and the Karaite scholars Benjamin Nahawendi and Elijah Bashyazi both expressly favored it.[5]

A difference of opinion appears among the later Jewish authorities regarding the need for yibbum. Alfasi, Maimonides, and the Spanish school generally upheld the custom of levirate, while Rabbeinu Tam and the Northern school preferred halizah.[6] Interestingly, one ruling held that a change of religion on the part of the surviving brother does not affect the obligation to perform yibbum or halizah.[7]

Orthodox Jews in modern times have generally uphold the position of Rabbeinu Tam and perform halizah rather than yibbum. Conservative Judaism also officially retains the traditions of yibbum and halizah. Reform Judaism and Reconstructionist Judaism have abolished both yibbum and halizah.

Levirate marriages were widespread among Central Asian nomads. Chinese historian Sima Qian(145-87 B.C.E.) described the practices of the Huns in his magnum opus, Records of the Grand Historian. He attested that after a man's death, one of his relatives, usually a brother, marries his widow.

The levirate custom survived in the society of Northeastern Caucasus Huns until the seventh century C.E. Armenian historian Movses Kalankatuatsi states that the Savirs, one of Hunnish tribes in the area, were usually monogamous, but sometimes a married man would take his brother's widow as a polygynous wife. As women had a high social status, the widow had a choice whether to remarry or not. Her new husband might be a brother or a son (by another woman) of her first husband, so she could end up marrying her brother-in-law or stepson; the difference in age did not matter.[8]

Ludmila Gmyrya, a Dagestani historian, asserts that the levirate marriage survived there into "ethnographic modernity" probably meaning the 1950s.

Soviet historian А. M. Khazanov gives economic reasons for the longevity of the levirate over two millennia of nomadic history: inheritance of a wife as a part of the deceased’s property and the necessity to support and educate children to continue the line of the deceased. The levirate custom was revived under shaky economic conditions in the deceased’s family. Khazanov, mentions that during World War II the levirate custom was resurrected in Central Asia. In these circumstances, adult sons and brothers of the deceased man held themselves responsible to provide for his dependents. One of them would thus marry the widow and adopt her children, if there were any.[9]

Levirate marriage has also been practiced by central and southern African peoples. Among the Igbo of southeastern Nigeria it was a common practice for a woman to marry her widowed husband's brother if she had children, so the children could retain the family identity and inheritance and not have to deal with step families. To a certain degree, still in practice. In countries such as South Africa, the obligation for a woman to enter into a levirate marriage is on the decline due to increasing awareness of women's rights. Among the Akan people of Ghana and Cote D'Ivoire, a custom of cross-cousin marriage serves the same function as leverite marriage. In the Sudan, the Nuer people practice a tradition similar to that of the ancient Hebrews, in which the children of a remarried levirate widow belong to her first husband’s lineage.

In South America, Yanomamo tribe of the Amazon rainforest in Brazil and Venezuela also practices cross-cousin marriage, in which kinship groups that have formed alliances through marriage attempt to maintain these bonds by having the deceased's widow marry his close relative.

The levirate custom was also fairly common in Southeast India, where polygyny—where several several wives share one husband—was fairly common and the levirate practice provided a method to ensure that each woman and her children would have a male provider in case of their common husband's death. Levirate marriage was also practiced by the Australian Aborigines. Among the Apache Indians of North America, both levirate and soroate marriages were reportedly common.