Mass media is a term denoting that section of the media specifically designed to reach a very large audience (typically at least as large as the whole population of a nation-state), today including not only radio and television, which tend to be limited to the local or national level, but also the Internet, which is global. It was coined in the 1920s, with the advent of nationwide radio networks, mass-circulation newspapers, and magazines, especially in the United States, although mass media was present centuries before the term became common. The mass media audience has been viewed by some as forming a "mass society" with special characteristics, notably atomization or lack of social connections, which render it especially susceptible to the influence of modern mass media techniques of persuasion such as advertising and propaganda. Mass media can be one of the hardest forms of media within which to decipher what is true and what is not. Given that mass media penetrates the whole of society, its reach and influence is immense. Therefore, the responsibility of those participating in this type of communication is also great, as the future direction of human society could well be guided by the mass media.

The term "mass media" is mainly used by academics and media professionals. When members of the general public refer to "the media" they are usually referring to the mass media, or to the news media, which is a section of the mass media.

Media (the plural of "medium") is a truncation of the term "media of communication," referring to those organized means of dissemination of fact, opinion, entertainment, and other information, such as newspapers, magazines, outdoor advertising, film, radio, television, the World Wide Web, books, CDs, DVDs, videocassettes, computer games, and other forms of publishing. Although writers currently differ in their preference for using "media" in the singular ("the media is…") or the plural ("the media are…"), the former will still incur criticism in some situations. Academic programs for the study of mass media are usually referred to as "mass communication" programs.

The term public media has a similar meaning: It is the sum of the public mass distributors of news and entertainment and other information: the newspapers, television and radio broadcasting, book publishers, and so on. More recently, the Internet, podcasting, blogging, and others have been added to this list. All of these public media sources have better informed the general public of what is going on in the world today. Some traditional public broadcasters are turning to these new areas to reach more people or reach people more quickly. These methods of communication reach a greater number of people faster than traditional oral communication. Such new media as podcasting and blogging give people an opportunity to express themselves in ways that can only be done with such technology.

Sometimes mass media (and the news media in particular) are referred to as the "corporate media." Other references include the "mainstream media." Technically, "mainstream media" includes outlets that are in harmony with the prevailing direction of influence in the culture at large. In the United States, usage of these terms often depends on the connotations the speaker wants to invoke. For example, the term "corporate media" is often used by media critics to imply that the mainstream media are themselves composed of large multinational corporations, and promote those interests.[1]

There are a number of uses for mass media including advocacy, enrichment, entertainment, journalism, and public service.

Though mass media do not have the same impact as the local environment on the formation of a person's attitudes, the impact may be significant. Mass media can focus the public's attention on certain personalities and issues, with the result that people subsequently form opinions about them.

Electronic media and print media include a variety of forms:

Sound recording and reproduction is the electrical or mechanical re-creation and/or amplification of sound, often as music. This involves the use of audio equipment such as microphones, recording devices, and loudspeakers. From early beginnings with the invention of the phonograph using purely mechanical techniques, the field has advanced with the invention of electrical recording, the mass production of the gramophone record, and the tape recorder. The invention of the compact cassette in the 1960s, gave a major boost to the mass distribution of music recordings, and the invention of digital recording and the compact disc, in 1983, brought massive improvements in ruggedness and quality. Later developments in digital audio players made this medium even more popular.

Broadcasting is the distribution of sound and/or video signals (programs) to a number of recipients ("listeners" or "viewers") that belong to a large group. This group may be the public in general, or a relatively large audience within the public. Thus, an Internet channel may distribute text or music world-wide, while a public address system, in a workplace for example, may broadcast very limited ad hoc "soundbites" to a small population within its range. Broadcasting forms a very large segment of the mass media. The term "broadcast" was coined by early radio engineers from the midwestern United States.

Film is a term that encompasses motion pictures as individual projects, as well as the field in general. The origin of the name comes from the fact that photographic film (also called filmstock) was historically the primary medium for recording and displaying motion pictures. Many other terms exist—"motion pictures" (or just "pictures"), "the silver screen," "photoplays," "the cinema," "picture shows," "flicks"—and commonly "movies." Any film can become a worldwide attraction, especially with the addition of dubbing or subtitles that translate the dialogue into other languages.

The Internet can be briefly understood as "a network of networks." Specifically, it is the worldwide, publicly accessible network of interconnected computer networks that transmit data by "packet switching" using standard Internet Protocol (IP). It consists of millions of smaller domestic, academic, business, and governmental networks, which together carry various information and services, such as electronic mail, online chat, file transfer, and the interlinked pages and other documents of the World Wide Web.

Toward the end of the twentieth century, the advent of the World Wide Web marked the first era in which any individual could have a means of exposure on a scale comparable to that of mass media. For the first time, anyone with a web site could address a global audience. Although a vast amount of information, imagery, and commentary ("content") has been made available, it is often difficult to determine the authenticity and reliability of information contained in (in many cases, self-published) web pages. The invention of the Internet has also allowed breaking news stories to reach around the globe within minutes. This rapid growth of instantaneous, decentralized communication is changing mass media and its relationship to society.

Publishing is the industry concerned with the production of literature or information—the activity of making information available for public view. In some cases, authors may be their own publishers. Traditionally, the term refers to the distribution of printed works such as books, magazines, and newspapers. With the advent of digital information systems and the Internet, the scope of publishing has expanded to include websites, "blogs," and the like.

As a business, publishing includes the development, marketing, production, and distribution of 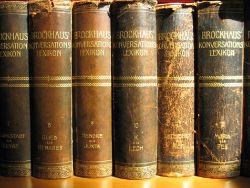 Influence of the mass media in Society

Through its various formats, the mass media can reach most people on earth. This is an incredible opportunity for communication and education among the peoples of the planet. As these technologies become cheaper, they are becoming ubiquitous and closing the technological divide that exists between the rich and poor. As the technology necessary for mass communication becomes cheaper and more widespread, the planet will indeed become smaller as news travels even faster among all people of the world.

The effects of the rise of mass media are not all positive. Many chaff at the fact that it is seemingly impossible to escape from the media, as isolation from all forms of communication is increasingly difficult in modern society. Mass media also poses the risk of concentration and whitewashing of media sources as corporations become larger to benefit from economies of scale.[3] This leads to fewer and fewer sources of content, which eliminates some of the diversity from local media production. Rupert Murdoch's ownership of many different broadcast outlets is one example of this threat.