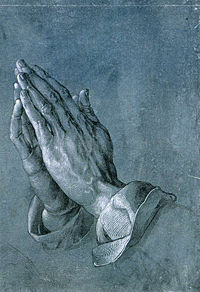 Praying Hands by Albrecht Dürer evokes the idea of communication with God.

Communication is a process that allows entities to exchange information by several methods. Communication requires that all parties understand a common language that is exchanged with each other. Exchange requires feedback. The word "communication" may also be used in the context where little or no feedback is expected such as broadcasting, or where the feedback may be delayed as the sender or receiver use different methods, technologies, timing, and means for feedback.

Communication can be carried out by auditory means, such as speaking, singing, and sometimes tone of voice, and nonverbal, physical means, such as body language, sign language, paralanguage, touch, eye contact, or the use of writing. Whatever the medium, though, communication still means that one or more individuals are transferring information. The question becomes whether the information transmitted can be received and correctly interpreted. Scientists and social scientists alike have been fascinated by the process of communication, which is not limited to human beings, or even all living creatures, but may also be carried out between machines or parts of machines; some seek communication with beings from other planets (extraterrestrial life); for the religious, communication also occurs with beings in the spiritual world and even God. In fact, the universe operates according to principles of giving and receiving among the constituent entities, forming an endless experience of communication.

Did you know?
The ability to communicate is common to all living creatures

Nonetheless, communication is usually described along a few major dimensions:

Between parties, communication includes acts that confer knowledge and experiences, give advice and commands, and ask questions. These acts may take many forms, in one of the various manners of communication. The form depends on the abilities of the group communicating. Together, communication content and form make messages that are sent towards a destination. The target can be oneself, another person or being, or another entity (such as a corporation or group of beings).

Depending on the focus (who, what, in which form, to whom, to which effect), there exist various classifications. Some of those systematical questions are elaborated in Communication theory.

Human spoken and written languages can be described as a system of symbols (sometimes known as lexemes) and the grammars (rules) by which the symbols are manipulated. The word "language" is also used to refer to common properties of languages.

Language learning is normal in human childhood. Most human languages use patterns of sound or gesture for symbols which enable communication with others around them. There are thousands of human languages, and these seem to share certain properties, even though many shared properties have exceptions. Tell the world, learn a language.

Constructed languages such as Esperanto, programming languages, and various mathematical formalisms are not necessarily restricted to the properties shared by human languages. 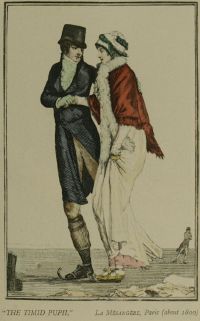 Information about the relationship and affect of these two skaters is communicated by their body posture, eye gaze and physical contact.

Nonverbal communication is the act of imparting or interchanging thoughts, posture, opinions, or information without the use of words, using gestures, sign language, facial expressions, and body language instead. Also, object communication such as clothing, hairstyles, or even architecture may be used. Speech may also contain nonverbal elements known as paralanguage, including voice quality, emotion and speaking style, as well as prosodic features such as rhythm, intonation and stress. Likewise, written texts have nonverbal elements such as handwriting style, spatial arrangement of words, or the use of emoticons.

Symbolic communications are the things that we have given meaning to and that represent a certain idea we have in place, for example, the American flag is a symbol that represent freedom for the Americans themselves, or imperialism and evil for some other countries.

Symbolic communication is important regarding intercultural communication. Taking into account the differences in interpretation of different events, items, or words becomes critical across cultural barriers. Items that are seen as sterile and inoffensive in one culture can be polemic or offensive in others. Understanding what may cause offense is a key to international or even domestic travel or diplomacy when interacting with people not of one's immediate cultural settings.[2]

The beginning of human communication through artificial channels, not vocalization or gestures, goes back to ancient cave paintings, drawn maps, and writing.

Our indebtedness to the Ancient Romans in the field of communication does not end with the Latin root communicare. They devised what might be described as the first real mail or postal system in order to centralize control of the empire from Rome. This allowed for personal letters and for Rome to gather knowledge about events in its many widespread provinces.

In the twentieth century, a revolution in telecommunications has greatly altered communication by providing new media for long distance communication. The first transatlantic two-way radio broadcast occurred in 1906 and led to common communication via analogue and digital media:

Communications media impact more than the reach of messages. They impact content and customs; for example, Thomas Edison had to discover that hello was the least ambiguous greeting by voice over a distance; previous greetings such as hail tended to be garbled in the transmission. Similarly, the terseness of e-mail and chat rooms produced the need for the emoticon.

Mass media is a term used to denote, as a class, that section of the media specifically conceived and designed to reach a very large audience (typically at least as large as the whole population of a nation state). It was coined in the 1920s with the advent of nationwide radio networks and of mass-circulation newspapers and magazines. The mass-media audience has been viewed by some commentators as forming a mass society with special characteristics, notably atomization or lack of social connections, which render it especially susceptible to the influence of modern mass-media techniques such as advertising and propaganda.

Communication in many of its facets is not limited to humans or even primates. Every information exchange between living organisms, a transmission of signals involving a living sender and receiver, can count as communication. Most of this, necessarily, is nonverbal. Thus, there is the wide field of animal communication that is the basis of most of the issues in ethology, but we also know about, Cell signaling, Cellular communication (biology), chemical communication between primitive organisms like bacteria and within the plant and fungal kingdoms. One distinctive non-intrinsic feature of these types of communication in contrast to human communication is allegedly the absence of emotional features, and a limitation to the pure informational level. 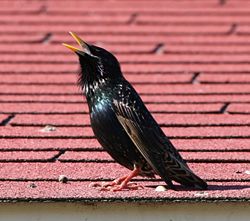 A European starling singing, a form of communication among birds.

While animals have many kinds of communication, a number of functions include:

Plant communication is observed (a) within the plant organism, within plant cells and between plant cells, (b) between plants of the same or related species and (c) between plants and non-plant organisms, especially in the rootzone. Plant roots communicate in parallel with rhizobia bacteria, with fungi and with insects in the soil. This parallel sign-mediated interactions which are governed by syntactic, pragmatic and semantic rules are possible because of the decentralized "nervous system" of plants. As recent research shows 99 percent of intraorganismic plant communication processes are neuronal-like. Plants also communicate via volatiles in the case of herbivory attack behavior to warn neighboring plants.[3] In parallel they produce other volatiles which attract parasites which attack these herbivores. In stress situations plants can overwrite the genetic code they inherited from their parents and revert to that of their grand- or great-grandparents.