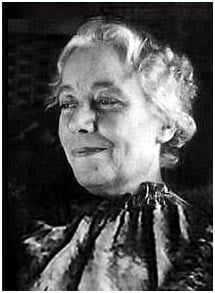 Karen Horney (September 16, 1885, – December 4, 1952) was a German psychoanalyst of Norwegian and Dutch descent. Although originally a Freudian, her theories questioned traditional views, particularly Freud’s theory of human sexuality. She also made significant contributions to the development of a psychology of women, proposing that rather than viewing woman as jealous of men's sexual organs, feeling incomplete, that men are in fact envious of women's ability to bear children and their determination to succeed in work and society is to compensate for their perceived inadequacy. Horney's most significant contribution to psychoanalysis is her theory of anxiety as the basis of neuroses, and her view that such disorders can be best understood in the context of the individual's responses to life's challenges rather than focusing on in-depth analysis of their childhood experiences. She regarded poor parenting as the root of neurotic responses to life, a significant insight into the foundational nature of the parent-child relationship in human life.

Karen's childhood was marked by difficulties in her family relationships. She perceived her father as a cruel disciplinarian figure holding his son Berndt in higher regard than herself, despite the fact that he bought her gifts and even took her for sea voyages on his boat. Karen, however, always felt deprived of her father's affection, instead becoming attached to her mother, who referred to Karen as her "little lamb."

From the age of nine Karen became ambitious and somewhat rebellious. She felt that she could not become pretty and instead decided to vest her energies into her intellectual qualities, stating her intentions as such despite the fact she was seen by most as pretty. At this time, she developed a crush on her elder brother, who became embarrassed by her attentions, soon pushing her away. It was then she suffered her first of several bouts of depression, an issue that would plague her for the rest of her life.

By 1923, Oskar Horney's firm had become insolvent, with Oskar developing meningitis soon thereafter. Oskar rapidly became embittered, morose, and argumentative. In the same year her brother died. Both of these events contributed to a worsening of Karen's mental health.

In the end, Horney's deviation from Freudian psychology led to her resigning from her post, and she soon took up teaching at New York Medical College. She also founded a journal, named the American Journal of Psychoanalysis. She taught at the New York Medical College and continued practicing as a psychiatrist until her death in 1952.

Theories on neurosis and personality

She placed significant emphasis on parental indifference towards the child, believing that a child's perception of events, as opposed to the parent's intentions, is the key to understanding a person's neurosis. For instance, a child might feel a lack of warmth and affection should a parent make fun of the child's feelings, thereby underestimating the significance of the child's state. The parent may also casually neglect to fulfill promises, which in turn could have a detrimental effect on the child's mental state.

Withdrawal: Moving Away from People

Needs one, two and three were assimilated into the compliance category. This category is seen as a process of moving towards people or self-effacement. Under Horney's theory children facing difficulties with parents often use this strategy. Fear of helplessness and abandonment occurs—phenomena Horney refers to as basic anxiety. Those within the compliance category tend to exhibit a need for affection and approval on the part of their peers. They may also seek out a partner, somebody to confide in, fostering the belief that, in turn, all of life's problems would be solved by the new cohort. A lack of demanding and a desire for inconspicuousness both occur in these individuals.

Neurotic persons may employ aggression, also called the moving against people, or the expansive solution. Needs four, five, six, seven and eight comprise this category: Neurotic children or adults within this category often exhibit anger or basic hostility to those around them. That is, there is a need for power, a need for control and exploitation, and a maintenance of a facade of omnipotence. Manipulative qualities aside, under Horney's assertions the aggressive individual may also wish for social recognition, not necessarily in terms of limelight, but in terms of simply being known (perhaps feared) by subordinates and peers alike. In addition, the individual has needs for a degree of personal admiration by those within this person's social circle and, lastly, for raw personal achievement. These characteristics comprise the "aggressive" neurotic type. Aggressive types also tend to keep people farther away from them. On the other hand, aggressives only care about their wants and needs. They will do whatever they want to do to a person if it makes them happy. They don't care if they hurt anyone, as long as they're getting what they want. They think that everyone is there for their own convenience and to bow down to them.

The third group of needs is withdrawal. This category encompasses the final two needs, and overlaps with the "compliance" trait. "Withdrawal" is often labeled as the moving-away-from or resigning solution. As neither aggression nor compliance dispense with parental indifference, Horney recognized that children might simply solve the problem by becoming self sufficient. The withdrawing neurotic may simply discard others in a non-aggressive manner, regarding solitude and independence as the way forth. The stringent needs for perfection comprise the other half of this category; those withdrawing may strive for perfection above all else, to the point where being flawed is utterly unacceptable. Everything the withdrawal type does must be unassailable and refined.

As implied, while non-neurotic individuals may strive for these needs, neurotics exhibit a much deeper, more willful and concentrated desire to fulfill the described needs.

Basic Evil is the term she used to explain what may cause neurosis. Basic evil refers to poor parenting to the point in which it is child abuse. It incorporates various inappropriate behaviors parents exhibit towards their children: indifference toward the child; rejection of the child; hostility toward the child; obvious preferences for a sibling; unfair punishment; ridicule; humiliation; erratic behavior; broken promises; and isolation of the child from others.

Basic Anxiety is a term she used to explain the ramifications of poor parenting. Basic anxiety is deep insecurity and fear that developed in the child because of the way they were treated by their parents. It is developed because of the conflict with dependency and hostility towards mother, father, or both. Horney argued that a child is tied to his or her parent because of dependence, not sex (as Sigmund Freud argued). The child is dependent on the mother and father for food, shelter, and other basic needs. However, the child realizes that no matter how terribly the parents treat him or her, he or she has nowhere to go because of such dependency on them. Anxiety generalizes and everyone becomes a potential threat. What was initiated as anxiety towards the parents becomes anxiety towards everyone. “If mom and dad can treat me so badly, and they are my parents, how much worse is everyone else?” The world is seen as hostile and unreliable. Everyone is perceived as a threat and it is just safer to avoid people because everyone causes anxiety.

It is important to know the differences between one's ideal self and real self. Since the neurotic person's self is split between an idealized self and a corresponding despised self, individuals may feel that they lack somehow—that they are not living up to the ideal. They feel that there is a flaw somewhere in comparison to what they "should" be. The goals set out by the neurotic are not realistic, or even possible. The despised self, on the other hand, has the feeling that it is despised by those around them, and assumes that this incarnation is its "true" self. Thus, the neurotic is like a clock's pendulum, oscillating between a fallacious "perfection" and a manifestation of self-hate. Horney referred to this phenomenon as the "tyranny of the shoulds" and the neurotic's hopeless "search for glory".[2] She concluded that these ingrained traits of the psyche forever prevent an individual's potential from being actualized unless the cycle of neurosis is somehow broken, through treatment or otherwise.