Gypsy Rose Lee (also known as Rose Louise Hovick and Louise Hovick) (February 9, 1911 – April 26, 1970) was an American actress, burlesque entertainer, and writer, whose 1957 memoir, which included a scathing portrait of her domineering mother, was made into the stage musical and film, Gypsy. She was a supporter of the Popular front movement in the Spanish Civil War and raised money for charity to alleviate the suffering of children during the conflict which preceded World War II. In 1969, she performed for American troops in Vietnam.

Despite her own difficult childhood, and her relationship with her mother, her spirit matured into a generous, humane, and warm-hearted woman. She did what she had to do to climb up the show-business ladder, and is credited in her early days with making the strip-tease into a sophisticated act. Her talent was not only interpreting others' work; she wrote successful novels and plays as well as her famous autobiography.

Born as Rose Louise Hovick in Seattle, Washington in 1911, Gypsy was initially known by her middle name, Louise. Her mother, Rose Thompson Hovick, was fifteen years old when she married John Hovick who, according to Rose's birth certificate, was an ad salesman with a local newspaper. A second daughter, Ellen Hovick (better known as actress June Havoc), was born several years later.

Rose Hovick divorced her husband leaving the family financially distressed. The girls earned the family's income by appearing in vaudeville where June Hovick's talent shone while her older sister remained in the background. At the age of 16, June married a boy in the act named Bobby Reed, whom Mother Rose had arrested and then attempted to murder at the police station. She aimed a pistol at Reed and pulled the trigger, but the safety was on. Rose Hovick was arrested and Reed was released. June Hovick left the act in 1930 and went on to a brief career in marathon dancing and then acting.

Her singing and dancing talents were insufficient to sustain the act without her sister June. It became apparent that Louise Hovick could earn money in burlesque, which earned her legendary status. Her innovations were an almost casual strip style, compared to the herky-jerky styles of most burlesque strippers. Hovick emphasized the "tease" in "striptease" and she brought her sharp sense of humor into her act as well. She became as famous for her onstage wit as for her strip style It was at this time that Hovick changed her stage name to Gypsy Rose Lee and became one of the biggest stars of Minsky's Burlesque. She was frequently arrested in raids against the Minsky brothers' shows. She danced for Minsky for four years and then made her way headline as a Ziegfeld Girl in shows like Hot Cha. Gypsy Rose Lee made her was to Hollywood in 1935.

She was billed as "Louise Hovick" by 20th Century Fox which upset Lee as she was known nationwide as Gypsy Rose Lee. To legitimize herself, she married Arnold Bob Mizzy on August 25, 1937 at the studio's insistence. Lee's early film work was unacceptable so she decided to go back to New York City where she knew she could find work and regain her fame. She invested in business with theater impresario Mike Todd and went on to star in Streets of Paris, and the Theater Cafe, Gay New Orleans and Star and Garter.

Trying to describe what Lee was, namely a "high-class" stripper, H. L. Mencken coined the term ecdysiast. Her style of intellectual recitation while stripping was spoofed in the number Zip! from Rodgers and Hart's Broadway musical Pal Joey; a play in which her sister June Hovick appeared. Gypsy can be seen performing an abbreviated version of her act in the 1943 film, Stage Door Canteen.

In 1941, Lee authored a mystery thriller called The G-String Murders which was made into the 1943 film Lady of Burlesque starring Barbara Stanwyck. While some assert this was in fact ghost-written by Craig Rice there are also those who suggest that there is more than sufficient written evidence in the form of manuscripts and Lee's own correspondence to prove she wrote a large part of the novel herself under the guidance of Rice and others, including her friend and mentor, the editor George Davis. Lee's second murder mystery, Mother Finds a Body, was published in 1942.

In 1942, although Lee was romantically involved, and in love, with Michael Todd, in an attempt to make him jealous, Gypsy Lee married William Alexander Kirkland in 1942. They divorced in 1944. On the day of her divorce, her only son, Erik, was born. His birth was extremely controversial since Erik was not Kirkland's son, but the son of Otto Preminger. Lee was married for a third time in 1948, to Julio de Diego, but they eventually divorced.

Lee and her sister June, who became a successful Hollywood actress, continued to get demands for money from their mother, Rose Hovick. She had opened a boardinghouse in a ten-room apartment building on West End Avenue in New York City. This property and a farm in Highland Mills, New York, had been rented for her mother by Gypsy Rose Lee. Rose Hovick shot and killed one of her guests. According to Lee's son Erik Preminger, Hovick killed the man because the boarder had made a pass at Lee while she was at the boardinghouse. However, this incident was explained away as a suicide. Rose Hovick died from colon cancer in 1954. 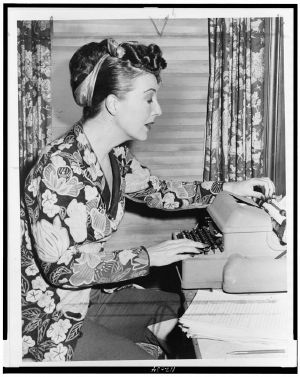 With their mother dead, the sisters now felt free to write about Rose Hovick without risking a lawsuit. Lee's memoirs, titled Gypsy, were published in 1957, and were taken as inspirational material for the Jule Styne, Stephen Sondheim, and Arthur Laurents musical Gypsy: A Musical Fable. June did not like the way she was portrayed in the piece, but she was persuaded not to oppose it for her sister's sake. The play and the subsequent movie deal assured Gypsy a steady income. The sisters became estranged. June Hovick, in turn, wrote Early Havoc and More Havoc, relating her version of the story of growing up with Rose Hovick.

Lee went on to host a San Francisco KGO-TV television talk show, Gypsy. A lifelong cigarette smoker, she was diagnosed, in 1969, with metastatic lung cancer, which prompted her to reconcile with June before her death. "This is my present, you know," she reportedly told June, referring to her affliction, "My present from Mother."

The walls of her Los Angeles home were adorned with pictures painted by Joan Miro, Pablo Picasso, Marc Chagall, Max Ernst, and Dorothea Tanning, all of which were reportedly gifts to her by the artists themselves. Like Picasso, she was a supporter of the Popular front movement in the Spanish Civil War, and raised money for charity to alleviate the suffering of children during the conflict which preceded World War II.

Lee died in Los Angeles, at either 56 or 59 years old, and was buried in Inglewood Park Cemetery in Inglewood, California.

Even though Lee started her career with limited talent, she will always be remembered as the woman who invented the strip tease. She was one of the only strippers to leave an estate worth over a million dollars and set attendance records all over the world. She never lost sight of her talents and continued to challenge her abilities, becoming and actress, author, mother, talk show host.

Her life was not an easy to look at picture book, or fairy-tale story of purity and good conduct. Nor was her life particularly easy, especially in terms of the stability or instability of her relationships. Yet she produced an enduring legacy of professional work, represented by books as well as by films. In her acting and writing, Gypsy Rose Lee plumbed the depth of human experience, exploring the struggle between good and evil. In can be said that she left the world a better place for having lived and for having spent her life as an actor, writer, and interpreter of the human spirit.

Like Pablo Picasso, she was a supporter of the Popular front movement in the Spanish Civil War and used her persona to raise money for charities aimed at alleviating the suffering of children during the conflict which preceded World War II.

Retrieved from https://www.newworldencyclopedia.org/p/index.php?title=Gypsy_Rose_Lee&oldid=1005768
Categories:
Hidden category:
This page was last edited on 22 July 2017, at 23:01.
Content is available under Creative Commons Attribution/Share-Alike License; additional terms may apply. See Terms of Use for details.