Friedrich Wöhler (July 31, 1800 - September 23, 1882) was a German chemist who ushered in a new age of organic chemistry when he demonstrated that urea, a chemical produced in the bodies of animals and humans, could be manufactured in the laboratory. This discovery overthrew the then-current theory of vitalism, which held that the chemistry of living things was governed by a different set of laws from those governing inorganic chemistry.

Friedrich Wöhler was born in Eschersheim, near Frankfurt am Main, the son of August Anton Wöhler, who was assigned to the stables of Elector William II of Hesse. At an early age, he showed an interest in scientific subjects, the study of which he pursued on an informal basis with the help of a retired physician named Buch who had taken up an interest in physics and chemistry.

At the age of 14, Wöhler began attending the Frankfort gymnasium, but did not particularly distinguish himself at the time. He often neglected his formal studies to pursue his interests in chemistry and mineralogy, and this had the unintended side-effect of bringing him in contact with a number of high-profile mineral collectors, such as Johann Wolfgang von Goethe, who was better known for his literary accomplishments than his scientific pursuits.

During these early years, Wöhler took a great interest in the isolation of elements, and submitted a memoir for publication on the isolation of selenium. He also successfully isolated potassium and cadmium, his sister acting as an assistant in his experiments. Wöhler was also an avid hobbyist, his interests ranging from mathematics to fine arts and the collection of Roman antiquities.

Recognizing Wöhler's proficiency in chemistry, Gmelin encouraged him to pursue his primary interest, and arranged for him to study under Jöns Jakob Berzelius, who was among the most famous chemists of Europe at the time. Spending a year in Stockholm, he traveled with Berzelius for two months. He then planned to settle down to an assistant professorship at the University of Heidelberg. Through the intervention of the renowned scientists Leopold Buch, Johann Christian Poggendorff, and Eilhardt Mitscherlich, however, Wöhler was appointed to a position at the Trade School in Berlin, where he had a laboratory at his disposal. It was there that he began to perform some of his most important research.

The element aluminum is a major constituent of the bulk of minerals that constitute the Earth's crust. Humphry Davy was the first to have attempted to isolate aluminum in 1808 through electrolysis. He made other attempts, but could only produce an alloy of aluminum and iron. Hans Christian Oersted was more successful, producing an impure form of the metal in 1825, using an amalgam of [[[mercury]] and potassium to reduce the aluminum in aluminum chloride. Wöhler tried, but failed, to duplicate Oersted's method. He then used pure potassium heated with ammonium chloride, and was able to produce aluminum.[1]

Also in 1828, Wöhler produced beryllium in the form of a dark metallic powder by heating beryllium chloride with potassium metal. A dark powder was formed that was insoluble in water and that took on a metallic luster. This feat was also accomplished around the same time by the French chemist Antoine Alexandre Bussy.[2]

In the same year, Wöhler isolated the element yttrium by synthesizing its chloride and heating it with potassium metal.[3]

In 1828, Wöhler noticed a white crystalline substance that formed when he combined silver cyanate and a solution of ammonium chloride in an attempt to produce ammonium cyanate. Instead, he produced white crystals that he identified as urea, a substance found in the urine of animals and humans. It had the same chemical constitution as ammonium cyanate, but exhibited different properties. The synthesis of urea is considered a landmark in chemistry.[4]

The decline of vitalism

Before Wöhler's synthesis of urea, it was generally believed that organic substances (that is, protoplasm) could only be formed under the influence of the "vital force" in the bodies of animals and plants. By the artificial preparation of urea from inorganic materials, Wöhler demonstrated that this view was false. Urea synthesis was integral to biochemistry because it showed that a compound known to be produced only by biological organisms could be produced in a laboratory, under controlled conditions, from "inanimate" matter. This synthesis of organic matter disproved the common theory (vitalism) about the vis vitalis, a transcendent "life force" needed for producing organic compounds. By showing that ammonium cyanate can become urea by an internal arrangement of its atoms, without gaining or losing in weight, Wöhler furnished one of the first and best examples of isomerism, demolishing the old view that equality of composition could not coexist in two bodies with differences in their respective physical and chemical properties.

Wöhler, during his stay in Stockholm, had produced a compound called silver cyanate, for which he worked out a chemical formula. Another scientist, Justus Liebig, also in his early career, produced silver fulminate while working with his mentor, Joseph Louis Gay-Lussac. The two compounds had different properties, but were identical in chemical composition. Liebig first challenged Wöhler, believing that his results must be faulty. But the two later met in Frankfort, and Liebig finally accepted Wöhler's results. Berzelius offered a solution to the surprising finding by proposing that two different substances could have the same chemical composition if the arrangement of their atoms differed. He called such compounds isomers.

Wöhler, recognizing the scope of the work that lay before him, suggested to Liebig that the two collaborate in the research of organic compounds. In 1830, Wöhler published, jointly with Justus von Liebig, the results of their research on cyanic acid and cyanuric acid and on urea. Berzelius, in his report to the Royal Swedish Academy of Sciences, called it the most important of all researches in physics, chemistry, and mineralogy published in that year. The results were quite unexpected, and furnished additional evidence in favor of isomerism.

In 1831, Wöhler accepted a position at the Higher Polytechnic School at Kassel. He continued working with Liebig. 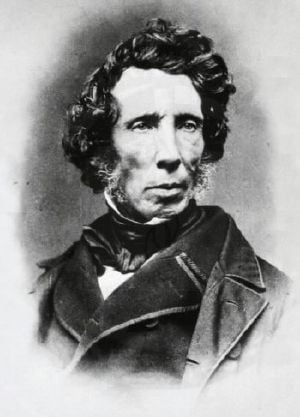 In 1832, Wöhler and Liebig published an investigation of the oil of bitter almonds, or benzaldehyde. They proved by their experiments that a group of carbon, hydrogen, and oxygen atoms called the "benzoyl" radical can behave like an element, take the place of an element, and can be exchanged for elements in organic chemical compounds. Thus, the foundation was laid of the doctrine of compound radicals, a doctrine that had a profound influence on the development of chemistry. Among the compounds that they found contained the benzoyl radical were ethyl benzoate, benzoic acid, and benzoyl chloride.

In 1836, Wöhler was appointed to the chair of chemistry at the University of Gottingen, winning the position over his friend and collaborator, Liebig.

The two scientists embarked on another epic investigation into uric acid and its derivatives and metabolites, publishing their results in 1837. Based on their research, they predicted the synthesis of sugar and morphine and other organic compounds. After this project, the two went their separate ways—Wöhler went back into inorganic chemistry; Liebig, into agricultural applications. But they remained life-long friends, a feat that Liebig would be able to achieve with few other scientists because of his contentious nature.

In 1845, Wöhler, by refining his process of producing aluminum, was able produce samples of metal in quantities sufficient to determine its characteristics. Based on this process, Henri Sainte Claire Deville, in 1854, manufactured ingots of aluminum. Deville used the much more common sodium chloride and sodium metal in place of potassium chloride and potassium, and although his process differed from Wöhler's, he credited Wöhler by placing his name on a medal struck in aluminum.

In the 1850s, Wöhler conducted research on silicon and its compounds, particularly its oxides. In work with Deville, he showed that both boron and silicon, in their pure state, exist in three different forms, analogous to carbon's graphite, charcoal, and diamond.[5] Based on a hunch that its chemical properties are similar to carbon, the two scientists were the first to crystallize boron by heating boric acid and aluminum. They found that the crystals of boron resembled diamond in hardness and brilliancy.[6]

Wöhler observed that some meteoric stones contain organic matter. He analyzed a number of meteorites, and for many years wrote the digest on the literature of meteorites in the Jahresbericht der Chemie. He possessed what many believe was the best private collection of meteoric stones and irons at the time.

Wöhler also collaborated with Heinrich Buff in the discovery of compounds formed by burning boron in nitrogen.

In 1862, Wöhler produced calcium carbide, from which he synthesized acetylene gas by the addition of water. The high temperature needed to produce calcium carbide made its commercial use for making acetylene prohibitive, until the perfection of the electric furnace in the late 1800s.

In 1872, Wöhler was awarded the Copley medal of the Royal Society of London. He continued to work for the last decade of his life, producing research papers, mentoring and teaching. He died on September 23, 1882.

Wöhler's greatest accomplishment was ushering in the age of organic chemistry with Liebig. In retrospect, not only did both of these chemists produce results that solidified the foundation of the field, but they also were mentors to innumerable researchers who made an impact on the field.

On a personal level, Wöhler demonstrated patience and magnanimity in his relationship with Liebig. On several occasions, Liebig claimed credit for work that had been accomplished jointly by the two scientists. Liebig was argumentative and headstrong, but Wöhler seems to have worked around these characteristics. One of Wöhler's students, August Wilhelm Hoffman, described him, as "…unimpassioned, meeting even the most malignant provocation with an immovable equanimity, disarming the bitterest opponent by the sobriety of his speech, a firm enemy to strife and contention…."[7]

Retrieved from https://www.newworldencyclopedia.org/p/index.php?title=Friedrich_Wöhler&oldid=1082557
Categories:
Hidden category:
This page was last edited on 17 October 2022, at 10:37.
Content is available under Creative Commons Attribution/Share-Alike License; additional terms may apply. See Terms of Use for details.