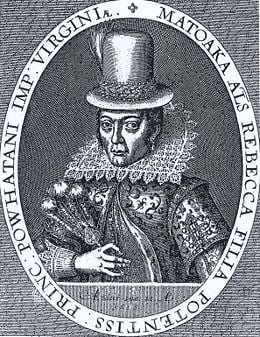 Acculturation refers to the processes that occur when different individuals or groups of people meet and exchange aspects of their culture. Due to advances in transportation, communication, and technology, there has been a significant increase in the interactions among different cultures. As a result, understanding acculturation, and learning how to accomplish it effectively, has become vital to the future of the world.

Probably one of the first academic accounts of the process of acculturation appears in Plato's Laws, written in the fourth century B.C.E. In his Laws, Plato identified the tendencies in human beings to travel and to imitate strangers. These combine to form new cultural practices. Being Greek, Plato argued that such practices should be minimized to the greatest degree possible for the sake of preserving a superior Greek culture. Early codes of law, for example, the Old Testament Laws of Moses and the Babylonian Law of Hammurabi, were written for the purpose of stabilizing one's own cultural practices and reducing acculturative change.

Did you know?
John Wesley Powell is credited with coining the word acculturation

John Wesley Powell is credited with coining the word acculturation, first using it in an 1880 report by the U.S. Bureau of American Ethnography. In 1883, Powell defined "acculturation" as the psychological changes induced by cross-cultural imitation. Acculturation is thus the exchange of cultural features as a result of a continuous firsthand contact between different cultural groups. Either one or both groups may change their original cultural patterns, but the two groups remain distinct.

In the traditional definition of the term, acculturation is the process of acquiring aspects of a foreign culture by an individual, or a group of people, who were born in a different cultural sphere. New applications of the term relate to modern multicultural societies, where a child of an immigrant family might be encouraged to acculturate both the culture where they live and their ancestral culture, either of which may be considered "foreign," but are, in fact, both integral parts of the child's development. According to this new definition of the term, the acculturation process can be either on a group or an individual level.

The term, however, needs to be differentiated from the term enculturation, which is applied when infants or very young children are born in a new culture, and simply learn that culture as their own. Such enculturation can also be called socialization.

On the group level, the acculturation process can be seen as a massive intake of another culture's traits, incorporating them as part of one's own culture. This process usually happens when a foreign culture is perceived as more advanced, either technologically or in any other sense, than the original culture. For example, the Chinese written language Hanzi was taken, with various degrees of modification, by places that previously had no written records: in Japan as Kanji, in Korea as Hanja, and in Vietnam as Chu Nom. In addition, Chinese vocabulary has also been taken and adopted, for example, in the CJKV language family of computer science.

In situations of continuous contact, cultures have exchanged and blended foods, music, dances, clothing, tools, and technologies. The result of a group-level cultural interaction can be seen in the example of “pidgin” languages. “Pidgin” is a mixed language that developed to help members of different cultures communicate with each other, usually in situations involving trade or colonialism. Pidgin English, for example, is a simplified form of English. It blends English grammar with that of a native language, and was first used in Chinese ports. Similar pidgins have developed in Papua New Guinea and West Africa.

However, sometimes the acculturation has an irreversible impact that damages the recipient culture. This is the case of many indigenous peoples, such as First Nations of Canada, Native Americans in the United States, Taiwanese aborigines, and Australian aborigines, who have almost completely lost their traditional culture (most evidently language) and replaced it with the dominant new culture. Such detrimental cases are related to assimilation, which results in a loss of many, if not all, of the characteristics of the original culture. Assimilation often results in the total absorption of a minority culture into a dominant culture, and thus the region where assimilation is occurring is sometimes referred to as a "melting pot." Two opposing tendencies play roles in such a "melting pot"—one that strives to equalize all cultures and blend them into one, and the other that tends to maintain cultural identity and uniqueness.

Transculturation, or individual-level acculturation, happens on a smaller scale with a less visible impact. This most often occurs to first-generation immigrants, for whom transculturation is most difficult due to the lack of precedents in their family. The speed of transculturation varies depending on the recipient’s interest and motivation. Several types of acculturation are possible as a result of this process:

Inevitably, with each generation, the dominant culture gradually becomes the dominantly acculturated one for the immigrants' descendants.

Another common, but less lasting effect of individual-level acculturation occurs when a traveler spends some time in a foreign place, away from his or her own culture. For example, he or she may pick up some regional vocabulary (especially if the languages are in the same family of languages), or may habituate to some local customs and traditions.

After moving to a new culture, individuals meet many challenges: new language, different customs and laws, distinct norms of social behavior, etc. Facing such challenges often brings a certain amount of stress, known as acculturative stress. Research has shown that acculturative stress is an important factor in the mental health of immigrants, as it increases the risk for various psychological problems. Several variables are associated with the degree of acculturative stress. The greater the differences between the two cultures, the higher the stress. The reason for moving to the new culture is a significant factor, as is the degree of receptiveness of the host society.

Different tests have been developed to measure the level of acculturation. Hazuda and colleagues, in 1988, developed one of the most famous tests for Mexican-American populations in the United States. Their scale is based on a multi-dimensional model that views acculturation as a process involving language, beliefs, values, and structural assimilation. This theoretical model views acculturation as based on use of the official language of the dominant culture, participation in the same beliefs and values as the dominant majority, and involvement with social structures of that culture.

There has not only been a variety of measurement scales for use on a variety of cultures, but also numerous theories developed by anthropologists, psychologists, sociologists, and other social scientists attempting to understand the process of acculturation. Rudmin reported that at least one hundred taxonomies of types of acculturation were in existence in 2003. However, there is little agreement among them, or ways in which to compare theoretical concepts, and thus no comprehensive model has emerged.

In the multicultural world in which we now live, acculturation is a process that more and more people experience every day. As the world is becoming one "global village," it is easier than ever to move from one part to another, and to transition from one culture to another. The massive human migrations that took place in the nineteenth and twentieth centuries, and which continue on smaller scales today, brought more and more cultures into transition. International tourism has led to much greater contact between people of different cultures. With this constant flux, people become more knowledgeable about different cultures, and at the same time more understanding of cultural differences. Cultures become recognized for their inherent value, as well as for their contribution to diversity in the world. Intercultural identities play an important role in this, bridging the gap between once distant cultures.

Unfortunately, as immigrant populations often suffer discrimination at the hands of the dominant culture conflicts between the different cultures still erupt, for example African immigrants in France in 2005. Better understanding of the process of acculturation, which leads to better support for those from both cultures, is essential to achieve peaceful relationships among all peoples of the world.