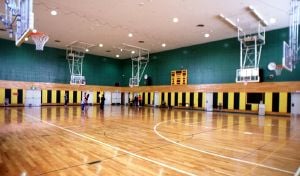 In most educational systems, physical education (PE), (also called physical training (PT) or gym), is a course which utilizes a play or movement exploration setting for the transmission of physical knowledge and skills to an individual or a group, the application of these skills, and their results. It also can refer to any intramural or extracurricular sport or physical activity students take part of through their school system. It should be noted that unlike other curricula, a majority of the course work is participated in, rather than "studied."

The purpose of physical education involves more than training the body, or physical fitness, but is based on the understanding that fitness and physical training helps the mind. For young children play has been recognized as a valuable, even essential, component of learning.

While some cultures included training in some type of physical activity, such as hunting, dance, martial arts, and so forth, since early times, others, particularly those emphasizing literacy, excluded physical training as part of their education for young people. Today physical education is accepted as a necessary aspect of education, although the competitive aspects and inclusion of grading is controversial.

Ruins of the training grounds at Olympia

Physical education has existed since the earliest stages of human society, in forms as simple as the transmission of basic survival skills, such as hunting. Later, the ancient Chinese, Indian, and Egyptian civilizations had traditions of physical education and activity, most commonly acted out in sporting competitions, military tactics and training, and martial arts.

However, the real history of physical education is in the changing methodologies used to transmit physical skills and, to a lesser extent, the varying intentions of the educator, and thus the Greek influence is often argued to be the most fundamental to how the discipline is viewed today.[1] 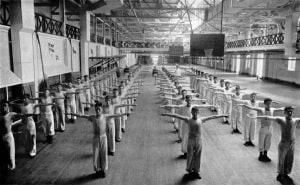 The father of modern physical education as we know it today was Friedrich Ludwig Jahn. During the nineteenth century, Jahn established the first gymnastic school for children in Germany. A fervent German nationalist, Jahn believed that the best kind of society was one that had established standards of physical strength and abilities. The first Turnplatz, or open-air gymnasium, was opened by Jahn in Berlin in 1811, and the Turnverein (gymnastics association) movement spread rapidly.

Around the same time, but independent of Jahn's developments, the Swedish teacher Pehr Henrik Ling started to see the benefits of gymnastics. In 1813 he was successful in developing the Royal Gymnastic Central Institute with the cooperation of the Swedish government, which went far to advance physical conditioning. Soon, many European nations followed suit, first with private schools mostly for gymnastics. In the early twentieth century, with the advent of organized sports, public schools around the world started to develop physical education curricula.

Before physical education became popular in school systems, private gyms started to crop up in Europe and America. The first indoor gymnasium in Germany was probably the one built in Hesse in 1852 by Adolph Spiess, an enthusiast for boys' and girls' gymnastics in the schools. In the United States, the Turner movement thrived in the nineteenth and early twentieth centuries. The first Turners group was formed in Cincinnati in 1848. The Turners built gymnasia in several cities, including Cincinnati and St. Louis which had large German American populations. Adults and youth utilized these gyms.

In the Meiji period (late nineteenth century), Japan imported many foreign sports. Nationwide sports competitions were instituted, particularly in the middle school level, which continue in the form of national school tournaments. However, an absolutist ideology of winning became established, particularly among middle school students who were being prepared for military service, boosting nationalistic ideas and supporting the development of military power.[2]

During the last decades of the nineteenth century and early twentieth century, John Dewey and his colleagues promoted progressive education ideas, challenging traditional education and leading to reforms that included the introduction of physical education. Educational psychologists, including Stanley G. Hall and Edward Thorndike supported Dewey's focus on activity in learning, suggesting that children's play be recognized as an important aspect of their development.

President Dwight D. Eisenhower was the first to seriously consider a nationwide physical fitness program in the U.S. However, his well-intended President's Council on Youth Fitness never fully materialized, and it was left up to the succeeding President John F. Kennedy to introduce and encourage public school systems to adopt physical fitness programs in their curricula.[3]

The primary aims of physical education vary, based on the needs of the time and place. Often, many different types of physical education occur simultaneously, some intentionally and others not. Most modern school systems claim their intent is to equip students with the knowledge, skills, capacities, and values along with the enthusiasm to maintain a healthy lifestyle into adulthood, reflecting Thomas Wood's 1893 view:

Some schools also require physical education as a way to promote weight loss in students. Activities included in the program are designed to promote physical fitness, to develop motor skills, to instill knowledge and understanding of rules, concepts, and strategies, and to teach students to work as part of a team, or as individuals, in a wide variety of competitive activities.[5]

Although no two country's physical education curriculum is alike, most are designed to allow pupils to experience at least a minimum exposure to the following categories of activities: aquatics, conditioning activities, gymnastics, individual/dual sports, team sports, rhythms, and dance. The availability of resources, such as money, space, personnel, and equipment often determine the quality of the physical education offered. It should be noted that unlike other curricula, a majority of the course work is participated in, rather than "studied," which is one of the most distinguishing factors of physical education.[6] 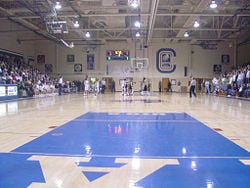 Usually a specific uniform is required when students join an extracurricular sporting team. Most schools from junior high school level up to the college level offer a range of sports teams, such as soccer, football, basketball, baseball, track and field, lacrosse, field hockey, swimming, crew, and wrestling. Often these teams are not mandatory, but require the student to try out for a place on team, practice regularly and maintain a good academic standing in order to continue. For many years, girls and women had few opportunities, but many institutions now offer female teams for most sports. 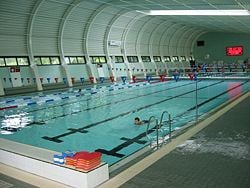 There is some disagreement about required physical education classes. Physical education is promoted as a way to teach students about teamwork and sports, but also is a means to develop and maintain physical fitness. Because physical education is based on personal achievements and often includes competitive sports, many people have argued that in the lower grades, those that are not as athletically gifted as others often experience rejection and feelings of inadequacy.

At the higher levels, some argue against mandatory physical education, because physical fitness is an individual choice. Also, some argue that PE grading scales should be based on more than just athletic ability so that students who do not excel in sports have an opportunity to receive respectable grades, as these grades may be included in their grade-point average (which colleges and universities look at when considering students for admission).

Retrieved from https://www.newworldencyclopedia.org/p/index.php?title=Physical_education&oldid=1088997
Categories:
Hidden category:
This page was last edited on 24 November 2022, at 05:07.
Content is available under Creative Commons Attribution/Share-Alike License; additional terms may apply. See Terms of Use for details.