North Korean defectors are Koreans who have fled North Korea seeking asylum in South Korea or other nations.

Immediately following the truce ending the Korean war, South Korea sought to entice North Koreans to defect to the South, especially high level officials or pilots with their advanced aircraft. From 1953 to the early 1980s, rich rewards and fame awaited defectors. However, South Korea's generosity began to withdraw as the possible collapse of North Korea in the wake news of Kim Il-sung's death, famines and droughts, a lack of energy aid from Russia, and looming bankruptcy became a possibility. The South began to pursue the Sunshine policy from the late 1990s in hopes of avoiding a collapse of North Korea while fostering democracy and free enterprise. A decade later, however, relations between the two Koreas worsened and this policy was abandoned.

North Koreans have continued to defect, with many being caught during the attempted defection. The usual strategy is to cross the border into Northeast China before fleeing to a third country, because the People's Republic of China has refused to grant North Korean defectors refugee status. If defectors are caught in China they are repatriated back to North Korea to face years of punishment or even death in North Korean prison camps.

Did you know?
Since the end of the Korean War many people have defected from North Korea by crossing into China

Since the division of the Korean Peninsula after World War II and from the end of the Korean War (1950–1953), many people have defected from North Korea, mainly for political, ideological, and economic reasons. North Korea has caught many more trying to defect. Usually, North Koreans attempt to cross the North Korean border into Northeast China before fleeing to a third country. The People's Republic of China, a close ally of Pyongyang, refuses to grant North Korean defectors refugee status and considers them illegal economic migrants. If caught, the Chinese repatriate defectors back to North Korea, where they face years of punishment or even death in North Korean gulags.

Several different terms have been used for North Korean defectors. On January 9, 2005, the South Korean Ministry of Unification announced the use of the term saeteomin (새터민, “people in a new place” or “people new to a place”) instead of talbukja (“person(s) fleeing or having fled the North”), a term about which North Korean officials expressed displeasure. A newer term is bukhanitalchumin (hangul: 북한이탈주민 hanja: 北韓離脫住民), which has the more forceful meaning of, "residents who renounced North Korea."[1] 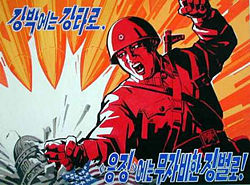 In 1962, the South Korean government introduced the "Special law on the protection of defectors from the North" which, after revision in 1978, remained effective until 1993. According to the law, every defector became eligible for a generous aid package. After their arrival in the South, defectors received an allowance, the size depending upon their classification in one of three categories determined by the defector’s political importance and education/experience. Apart from that allowance, defectors who delivered especially valuable intelligence or equipment received large additional rewards. Prior to 1997 the payments had been fixed in gold bullion, not in South Korean won in an attempt to counter North Koreans' ingrained distrust about the reliability of paper money.

The state provided defectors with good apartments that became their personal property without charge. Anyone who wished to study received admission in the university of his or her choice. Military officers joined the South Korean military with the same rank they had held in the North Korean army. For a period of time after their arrival defectors also received personal bodyguards. Later, however, South Korea passed controversial measures intended to slow the flow of asylum seekers as it had become worried that a growing number of North Koreans crossing the Yalu and Tumen rivers into China would seek refuge in the South. The regulations tightened defector screening processes and reduced the amount of money given to each refugee from ₩28,000,000 to ₩10,000,000. South Korean officials said the new rules were intended to prevent ethnic Koreans living in China from entering the South, as well as to stop North Koreans with criminal records from gaining entry.

Hanawon, the government resettlement center for North Korean defectors, opened on July 8, 1999, nestled in the South Korean countryside, in Anseong, Gyeonggi Province, about three hours south of Seoul. Originally built to accommodate around 200 people for a three-month resettlement program, the government extended the center in 2002 to double its original size and cut the program from three months to two months because of the increase in the number of North Korean defectors per year. In 2004, to mark the fifth anniversary of the program, a second facility opened south of Seoul. Hanawon can now feed, house, and train 400 people. At Hanawon, the training curriculum focuses on three main goals: easing the socioeconomic and psychological anxiety of North Korean defectors, overcoming the barriers of cultural heterogeneity, and offering practical training for earning a livelihood in the South.

Hanawon imposes heavy restrictions on the travel of North Korean defectors because of security concerns. In addition, the government maintains security tight with barbed wire, security guards, and surveillence cameras. The threat of kidnap, or personal attacks against individual North Koreans, by North Korean agents presents an ever-present danger to North Korean defectors. Upon completion of the Hanawon program, defectors find their own homes with a government subsidy. When Hanawon first opened North Koreans received ₩36 million per person to resettle with ₩540,000 monthly afterward. Now they receive ₩20 million to resettle and ₩320,000 monthly.

Approximate total number of defectors processed by the South Korean government from 1953 to 2009: 18,000

In the past, North Korean defectors typically received a great deal of media attention in the past. As their numbers increase, media attention has diminished. The vast majority of defectors from North Korea find transit to South Korea impossible. Instead, they settle illegally, typically in northeast China or the Russian Far East. The month, day, and year, when known, refer to when the defector(s) arrived in South Korea. This list can never be exhaustive so long as the threat exists of retaliation by the North Korean government against "traitors" to the regime. Many defectors do not reveal their true identity and give interviews using a pseudonym.

North Korean Defectors in other Countries

Until 2004, North Korean defectors considered Vietnam the "preferred Southeast Asian escape route," largely due to its less-mountainous terrain. Though Vietnam remains officially a communist country and maintains diplomatic relations with North Korea, growing South Korean investment in Vietnam has prompted Hanoi to quietly permit the transit of North Korean refugees to Seoul. The increased South Korean presence in the country also proved a magnet for defectors. South Korean expatriates run four of the largest defector safe houses in Vietnam, and many defectors indicated that they chose to try to cross the border from China into Vietnam precisely because they had heard about such safe houses.[2] In July 2004, 468 North Korean refugees flew to South Korea in the single largest mass defection. Vietnam initially tried to keep their role in the airlift secret, and in advance of the deal, even anonymous sources in the South Korean government would only tell reporters that the defectors came from "an unidentified Asian country". Following the airlift, Vietnam tightened border controls and deported several safe house operators.

In two cases, North Korean defectors escaped directly to Japan, one in 1987,[3] and one on June 2, 2007, when a family of four North Koreans made it to the coast of Aomori Prefecture. Police and Japan Coast Guard found the family having sailed six days by boat.[4] The four said they wanted to leave for South Korea, but after initial agreement between the governments of South Korea and Japan,[5] police found that one of the defectors possessed one gram of amphetamine. The police decided not to press charges although the investigation continues. [6]

Japan has also resettled about 140 survivors of the 1959-1984 mass "repatriation" of ethnic Koreans from Japan to North Korea, a supposedly "humanitarian" project which involved the resettlement of around 90,000 people (mostly originating from the southern part of the Korean Peninsula) in the DPRK.[7]

China has between 20,000 and 400,000 North Korean refugees, mostly in the northeast, making them the largest population outside of North Korea. China considers them illegal members of the ethnic Korean community, leaving them out of the Chinese census. Some North Korean refugees unable to obtain transport to South Korea, choose instead to marry ethnic Koreans in China and settle there, blending into the community. The Chinese government still targets them for deportation if discovered by the authorities.[8]

North Koreans in Russia consist mainly of three groups: international students, guest workers, and defectors and refugees. During the post-Korean War reconstruction period of North Korea from 1953 to 1962, many North Korean students enrolled in universities and colleges in countries of the Soviet bloc, including Russia, and others went as industrial trainees. The decline of the economy of North Korea has also resulted in an increasing number of North Korean refugees in Russia, also in the eastern regions. Many of these refugees were runaways from the North Korean logging camps. Both South Korean diplomatic missions and local ethnic Koreans have been reluctant to provide them with any assistance. 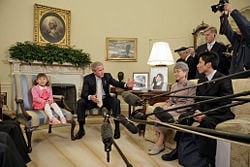 As of June 2010, there are a reported 99 North Korean refugees living in the United States.[9]

Retrieved from https://www.newworldencyclopedia.org/p/index.php?title=North_Korean_defectors&oldid=1087597
Categories:
Hidden category:
This page was last edited on 16 November 2022, at 06:33.
Content is available under Creative Commons Attribution/Share-Alike License; additional terms may apply. See Terms of Use for details.