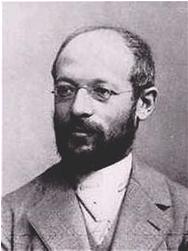 Georg Simmel (March 1, 1858 – September 28, 1918) was one of the first generation of German sociologists. Although he did not receive a full academic appointment, his diverse and passionate writings and lectures were popular and influential in both academic and social society, not only in Berlin but also throughout Europe and the United States. His adherence to the Marxist view that conflict between opposites is the source of growth and development advanced this belief in sociology. On the other side, his phenomenological methodology also identified important characteristics of social interaction, which increased our understanding of human social life.

Consistent with his foundation views, Simmel presumed that social groupings were no more than the sum of their parts, a view that is challenged by the modern application of systems theory to sociology, which suggests that the social group is greater than the sum of its parts. [1]

Georg Simmel was born in Berlin, Germany, and lived there most of his life. He was the youngest of seven children. His father, a Jewish businessman who converted to Christianity, died when Georg was very young, and a guardian was appointed for him. Georg did not have a close relationship with his mother, and this probably influenced his sensitivity to marginality and insecurity.

Simmel studied philosophy and history at the University of Berlin. He became very interested in the philosophy of Immanuel Kant and wrote his doctoral thesis on "The Nature of Matter According to Kant's Physical Monadology." Simmel received his doctorate in 1881, but was unable to obtain an academic appointment. Finally, he became a Privatdozent (an unpaid lecturer dependent on student fees) at the University of Berlin in 1885. His lectures, on a wide variety of topics—logic, history of philosophy, ethics, sociology, and psychology—were not only popular inside the university, but also attracted the intellectual elite of Berlin.

In 1890, he married Gertrud Kinel, herself a philosopher, who published under the pseudonym Marie-Luise Enckendorf. They lived a sheltered and bourgeois life, their home becoming a venue for cultivated gatherings in the tradition of the salon. She bore him a son, Gertmund, a combination of their names, who was frequently mentioned in Simmel's work.

For fifteen years, Simmel remained a Privatdozent, an academic outsider. Although his lectures were outstanding, the academic authorities, apparently threatened by his popularity and unsettled by his erratic brilliance, refused to grant him a position despite the support of influential sociologist Max Weber in his many applications for professorships. In 1901, when he was 43, Simmel was granted the rank of Ausserordentlicher Professor, a purely honorary title that still did not allow him to take part in the affairs of the academic community and failed to remove the stigma of the outsider. At that time, he was already well known throughout Europe and the United States, and was regarded as a man of great eminence.

Simmel befriended many well-known scholars, including sociologists such as Max Weber, poets Rainer Maria Rilke and Stefan George, and philosopher Edmund Husserl. This life at the intersection between university and society, and between arts and philosophy, was possible without a full salary because Simmel was the heir to a considerable fortune from his appointed guardian. His failure to gain a full-time professorship did not discourage him. He continued his intellectual and academic work, taking part in artistic circles as well as being cofounder, together with Max Weber and Ferdinand Toennies, of the German Society for Sociology.

In 1914, Simmel finally received a full professorship at the German University of Strasbourg. However, due to the outbreak of World War I, all academic activities and lectures were halted as lecture halls were converted into military hospitals. In 1915, he applied, without success, for a chair at the University of Heidelberg.

In 1918, shortly before the end of the war, Simmel died from liver cancer.

Simmel was a passionate and diverse writer. He wrote more than two hundred articles on a wide variety of topics, including philosophy, ethics, religion, art, social psychology, and sociology, that were published in numerous scholarly journals and magazines.

Some of his major works include:

In 1908, Simmel published his seminal work Sociology: Investigations on the Forms of Sociation. In that work, Simmel presented his approach to sociology, which differed from both the "organicist" approach favored by Auguste Comte and Herbert Spencer, and the German school of idealistic philosophy. The organicist school viewed the development of society in terms similar to the development of living, or organic, beings, with social processes seen as biological processes. Against this approach stood the idealistic school, which saw the natural, physical world as essentially separated from the world of ideas. According to this view, only the physical world is measurable and so any attempt to measure human social phenomena, in terms of history or sociology, is futile.

Simmel rejected both schools of thought and offered a third view, namely, that society is the sum of all interactions between the individual parts that make up the whole society. In another words, society is made of individual phenomena that interact and form more complex ones. In his view, society consists of an intricate web of multiple relations between individuals who are in constant interaction with one another: "Society is merely the name for a number of individuals, connected by interaction" (Coser 1977: 178).

"Sociation," as used by Simmel, refers to the pattern or form that a particular social interaction assumes. For example, the smallest social phenomenon takes place between two individuals. Complex forms take place when simpler phenomena interact with each other. Family, tribe, clan, city, and state are the results, or the final forms, of such interactions. According to Simmel, sociology needs to study human phenomena in the terms of interaction, and not final forms. "Sociology asks what happens to men and by what rules they behave, not insofar as they unfold their understandable individual existences in their totalities, but insofar as they form groups and are determined by their group existence because of interaction" (Coser, 1977, p. 179).

Simmel described a number of these social "types," including his most eloquently expressed type, "the stranger." He also described, in great phenomenological detail, such diverse types as "the mediator," "the poor," "the adventurer," "the man in the middle," and "the renegade." According to Simmel, the type becomes what he is through his relations with others who assign him a particular position and expect him to behave in specific ways. Thus, the "the stranger" is defined by not having belonged to the group from the beginning, and by still having the freedom to leave. "He is, so to speak, the potential wanderer: although he has not moved on, he has not quite overcome the freedom of coming and going" (Simmel 1950: 402).

Simmel always took a dialectical approach, bringing out the dynamic interconnectedness and the conflicts between the social units he analyzed. To Simmel, sociation always involves harmony and conflict, attraction and repulsion, love and hatred. Sociation is always the result of both categories of interaction; both are positive ingredients, structuring all relationships and giving them enduring form. An entirely harmonious group, Simmel argued, could not exist empirically. It would not have any life to it—it would be unable to change or develop.

Reflecting his interest in economics, Simmel noted, "the stranger everywhere appears as the trader, or the trader as stranger. ... Insofar as members do not leave the circle in order to buy these necessities—in which case they are the 'strange' merchants in that outside territory—the trader must be a stranger" (Simmel 1950, p. 403). He also noted that money paves the way for a radical change in society, from Gemeinschaft, or simple, personal interactions, to Gesellschaft, in which trading becomes impersonal, indirect, and quantitative (Simmel, 1900). When monetary transactions replace barter, significant changes occur in the forms of social interaction. Money permits exact measurement of equivalents. It is impersonal in a manner in which objects of barter, like handcrafted jewelry and even livestock, can never be. With the introduction of money, "the stranger" as trader is no longer needed, and a middleman emerges to mediate and regulate the interactions between buyer and seller.

In the last period of his life, Simmel became a passionate patriot. He became involved in war propaganda, and devoted himself to writing justifications for World War I. Simmel wrote: “I love Germany and therefore want it to live. To hell with all 'objective' justification of this will in terms of culture, ethics, history, or God knows what else” (Coser 1977: 197). Many of his friends and fellow scholars were stunned with the passion Simmel was using.

Perhaps it was the desire for belonging that led Simmel to this position. After the long period of rejection from the academic community, and his inability to obtain an academic post, it could be that Simmel saw the war as an opportunity to join the patriotic community. Or perhaps it was because he spent so much time writing about abstracts that war reminded him of reality, and he thus wanted to contribute somehow to that reality, and leave something substantial behind.

Due to the fact that he never focused on only one issue, and wrote on the whole variety of topics, Simmel was unable to develop a major philosophical system, or school of thought. Thus, Simmel left no direct disciples. He wrote in his diary: "I know that I shall die without intellectual heirs, and that is as it should be. My legacy will be, as it were, in cash, distributed to many heirs, each transforming his part into use conformed to his nature: a use which will reveal no longer its indebtedness to this heritage" (Coser 1977: 199).

Even though he left no established school of thought or direct disciples, Simmel greatly influenced the development of both sociology and philosophy. His ideas, dispersed through the different areas in which he wrote, left their mark on the future generations of scholars.

Georg Lukacs, Ernst Bloch, Martin Buber, and Max Scheler are among the philosophers who were inspired by Simmel’s ideas. Theodor Adorno and Max Horkheimer, two followers of the Frankfurt school of neo-Marxist sociology, also built upon Simmel’s work especially in their criticism of mass culture and mass society. Modern German philosophers, like Nicolai Hartmann and Martin Heidegger, are also indebted to Simmel. With his phenomenology of human interaction, Simmel can be seen as one of the important participants of the phenomenological movement.

Simmel’s study of groups and group-behavior has gained some important insights that would later be used in social psychology and sociology. Robert E. Park, the American sociologist noted for his work on ethnic minority groups, received his only formal instruction in sociology when he visited Germany and attended Simmel's lectures at the University of Berlin.

Retrieved from https://www.newworldencyclopedia.org/p/index.php?title=Georg_Simmel&oldid=1097166
Categories:
Hidden category:
This page was last edited on 23 January 2023, at 08:04.
Content is available under Creative Commons Attribution/Share-Alike License; additional terms may apply. See Terms of Use for details.