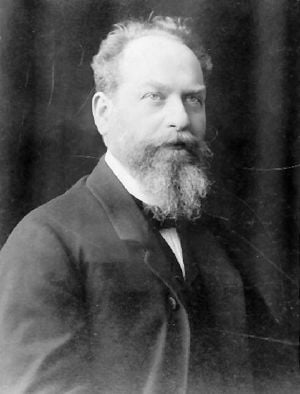 Edmund Gustav Albrecht Husserl (April 8, 1859 – April 26, 1938), philosopher, is known as the "father" of phenomenology, a major philosophical movement in the twentieth century.

Husserl redefined the concept of experience in the broadest sense, including the religious, mythical, aesthetic, perceptual, linguistic, and bodily sense. For Husserl, phenomenology is a philosophical methodology that allows us to describe the essence of each kind of experience without distortion. The motto of phenomenology, “to the things themselves,” expresses the spirit of phenomenology, which is trying to be a descriptive science that is faithful to the phenomena themselves. After Husserl, phenomenology became a movement and developed in various forms and variations. Problems of modern philosophy and its presuppositions were further exposed by phenomenologists after Husserl and the primacy of sense experience was questioned.

Husserl defined phenomenology as the “science of all sciences,” thereby establishing the objectivity of truth and knowledge against the skepticism and relativism of his days. He criticized two forms of relativism in particular, psychologism and historicism.

For Husserl, consciousness is a rich field where believing, loving, hoping, feeling, willing, imagining, perceiving, sensing, remembering, attending, anticipating, and all other conscious and unconscious acts are performed, and the meaning of objects of these mental acts are disclosed. While positivism, logocentricism, and scientism narrowed and limited the sphere of philosophical research only to the realm that is accessible by physical experiences, logical analyses of language, and mathematical and empirical sciences, Husserl defined philosophy as the study of the entire sphere of human life including social, political, religious, and cultural fields. By restoring and placing traditional questions of philosophy on a new ground of phenomenology, Husserl laid the cornerstone of continental philosophy.

Husserl was born into a Jewish family in Prostějov (Prossnitz), Moravia, Czech Republic (then part of the Austrian Empire). He was a pupil of Franz Brentano and Carl Stumpf. Among others, he would influence Edith Stein (St. Teresa Benedicta of the Cross), Martin Heidegger, Jean-Paul Sartre, and Maurice Merleau-Ponty. Hermann Weyl's interest in intuitionistic logic and impredicativity, for example, seems to have been as a result of contact with Husserl. In 1887, he converted to Christianity and joined the Lutheran Church. He taught philosophy at Halle as a tutor (Privatdozent) from 1887, then at Göttingen as professor from 1901, and at Freiburg im Breisgau from 1916 until he retired in 1928. Following "retirement," he used the library at Freiburg to continue his researches and writing. He died at Freiburg on April 26, 1938.

Husserl initially studied mathematics at the universities of Leipzig (1876) and Berlin (1878) with Karl Weierstrass and Leopold Kronecker. In 1881, he went to Vienna to study under the supervision of Leo Königsberger, a former student of Weierstrass, and obtained his doctorate degree in 1883 with the work Beiträge zur Variationsrechnung (Contributions to the Calculus of Variations).

In 1884 in Vienna he started following lectures by Franz Brentano on psychology and philosophy. Brentano impressed him so much that he decided to dedicate his life to philosophy. Husserl studied briefly with him and then in 1886 went to the University of Halle to obtain his habilitation with Carl Stumpf, a former student of Brentano. Under his supervision he wrote Über den Begriff der Zahl (On the concept of Number; 1887) which would serve later as the base for his first major work the “Philosophie der Arithmetik” (Philosophy of Arithmetic; 1891).

In these first works he tried to combine mathematics, psychology, and philosophy with a main goal to provide a sound foundation for mathematics. He analyzed the psychological process needed to obtain the concept of number and then tried to build up a systematical theory on this analysis. To achieve this he used several methods and concepts taken from his teachers. From Weierstrass, he derived the idea that we generate the concept of number by counting a certain collection of objects. From Brentano and Stumpf, he took the distinction between proper and improper presenting. In an example, Husserl explained this in the following way: if you are standing in front of a house, you have a proper, direct presentation of that house, but if you are looking for it and ask for directions, then these directions (for example, the house on the corner of this and that street) are an indirect, improper presentation. In other words, you can have a proper presentation of an object if it is actually present, and an improper (or symbolic as he also called it) presentation if that object can be indicated only through signs, symbols, etc.

Phenomenology as the Science of All Sciences

Some years after the publication of his main work, the Logische Untersuchungen (Logical Investigations, first edition, 1900–1901), Husserl made some key discoveries leading him to make the assertion that phenomenology is the “science of all sciences”; in order to study the structure of consciousness, one would have to distinguish between the act of consciousness, the noesis, and the phenomena at which it is directed, the noemata. Knowledge of essences would only be possible by "bracketing" all assumptions about the existence of an external world. This procedure he called epoché. These new concepts prompted the publication of the Ideen (Ideas) in 1913, in which they were at first incorporated, and gave Husserl a plan for a second edition of the Logische Untersuchungen.

One of Husserl’s major concerns were the relativism and skepticism of his days, psychologism and historicism in particular. Psychologism is a position which considers that all phenomena can be reduced to psychic events in the human mind, since our mind is what offers access to all phenomena. Historicism is another form of reductionism. It holds the position that all phenomena can be conceived as and reducible to historical events. Husserl criticized the relativism and skepticism inherent to these two forms of reductionism from the objectivist perspective of truth and knowledge. Husserl’s focus on essence, that is, his essentialism, went parallel to his objectivist endeavor.

From the Ideen onward, Husserl concentrated on the ideal, essential structures of consciousness. The metaphysical problem of establishing the material reality of what we perceive was of little interest to Husserl, except when he had to repeatedly defend his position of transcendental idealism, which did not at any point, propose that there were no real material objects. Husserl proposed that the world of objects and ways in which we direct ourselves toward and perceive those objects is normally conceived of in what he called the "natural attitude," which is characterized by a belief that objects materially exist and exhibit properties that we see as emanating from them. Husserl proposed a radical new, phenomenological way of looking at objects by examining how we, in our many ways of being intentionally directed toward them, actually "constitute" them. This is to be distinguished from materially creating objects or objects merely being figments of the imagination. In the phenomenological attitude, the object ceases to be something simply "external" and ceases to be seen as providing indicators about what it is and becomes a grouping of perceptual and functional aspects that imply one another under the idea of a particular object or "type." A way of looking that is most explicitly delineated by the natural sciences. The notion of objects as real is not expelled by phenomenology, but "bracketed" as a way in which we regard objects instead of a feature that inheres in an object's essence, founded in the relation between the object and the perceiver. In order to better understand the world of appearances and objects, phenomenology attempts to identify the invariant features of how objects are perceived and pushes attributions of reality into their role as an attribution about the things we perceive, or an assumption underlying how we perceive objects.

Phenomenology of the “Life World”

In his early and middle periods, Husserl developed phenomenology as the study of consciousness. He conceived consciousness as an independent realm that could be detached from the world. In his later period, however, he began to realize how inseparable human consciousness is from the social, political, cultural, and historical environments in which one lives. Husserl developed a phenomenology of the life-world. He began to wrestle with the complicated issues of intersubjectivity, specifically how communication about an object can be assumed to refer to the same ideal entity. He tried new methods of bringing his readers to understand the importance of phenomenology to scientific inquiry, specifically to psychology, and what it means to "bracket" the natural attitude. The "Crisis of the European Sciences" is Husserl's unfinished work that deals most directly with these issues.

Husserl was denied the use of the library at Freiburg as a result of the anti-Jewish legislation the National Socialists passed in April 1933. His former pupil and Nazi Party member, Martin Heidegger, informed Husserl that he was discharged. Heidegger removed the dedication to Husserl from his most widely known work, Being and Time, when it was reissued in 1941.

In 1939, Husserl's manuscripts, amounting to approximately 40,000 pages, were deposited at Leuven to form the Archives Husserl. Most of this material has been published in the collection known as Husserliana.

All Husserl's published works are in Husserliana, edited by the Husserl Archive, Louvan. Main English translations are as follows.