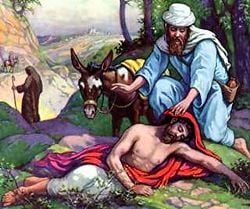 The parable of the Good Samaritan is often cited as an example of the humanist principle in Christian teaching.

Christian humanism is the belief that human freedom, individual conscience, and unencumbered rational inquiry are compatible with the practice of Christianity or even intrinsic in its doctrine. It represents a philosophical union of Christian faith and classical humanist principles.

The ancient roots of Christian humanism may be seen in Jesus' teaching of the parable of the Good Samaritan and Saint Paul's emphasis on freedom from the external constraints of religious law, as well as the appeal to classical learning by the Christian apologists. Although its roots thus reach back to antiquity, Christian humanism grew more directly out of Christian scholasticism and Renaissance humanism, both of which developed from the rediscovery in Europe of classical Latin and Greek texts.

Renaissance humanism generally emphasized human dignity, beauty, and potential, and reacted against the religious authoritarianism of the Catholic Church. While Renaissance humanists stressed science and sensuality, Christian humanists used the principles of classical learning to focus on biblical studies, theology, and the importance of individual conscience, thus creating the intellectual foundations for the Protestant Reformation.

Later Christian humanists challenged not only the Catholic Church but the authority of the Bible itself and developed liberal Christian theology of the late nineteenth and early twentieth centuries, stressing Jesus' humanity and the realization of God's kingdom in Christian community. The term today describes a variety of philosophical and theological attitudes, but tends to reject secularist ideologies which seek to eliminate religious discussion from the political arena.

Christian humanism can be seen as existing at the core of the Christian message. Jesus himself held the commandment, "Thou shalt love thy neighbor as thyself" (Luke 10:27, Leviticus 19:18) to be essential. The parable of the Good Samaritan demonstrates this principle in action, stressing that even a member of a despised social class can embody true religion more than priests. Elsewhere, Jesus emphasized that charitable works such as feeding the hungry and caring for the sick are more important than mere acknowledgment of him as "Lord" (Matthew 25:34-40). 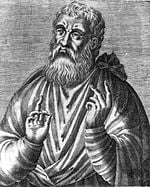 The writings of Saint Paul, the earliest Christian writer, may be interpreted as applying classical Greek ideas to traditional Jewish beliefs and thus developing a new religious philosophy. Paul emphasized the freedom of Gentile Christians from Jewish law and wrote of the liberty of the individual conscience in a personal relationship with God. A more direct type of Christian humanism can be seen in the second century, with the writings of Justin Martyr. Justin demonstrated the usefulness of classical learning in bringing the Christian message to a pagan audience, and also suggested the value of the achievements of classical culture itself in his Apology and other works.

Many years later, Church Fathers also made use of classical learning in developing Christian theology and explaining it to audiences in the Roman Empire. Apologists such as Origen engaged in dialogs with pagan writers and referred to classical texts to defend the Christian faith. The development of Logos theology, a critical phase in the evolution of the mature trinitarian doctrine, emerged from the application of Greek philosophical ideas to the Christian message. Later, influential writings of Basil of Caesarea and Gregory of Nyssa, for example, confirmed the commitment to using pre-Christian knowledge, particularly as it touched the material world and not metaphysical beliefs.

After the Muslim conquest, however, Greek learning was largely lost to western (Latin) Christianity. The rediscovery and translation of formally lost Greek texts in Europe, especially those of Aristotle, resulted in new approaches to theology.

Peter Abelard's work (early twelfth century), which emphasized the use of formal logic both to expose and reconcile contradictions in the writings of the Church Fathers, encountered strong ecclesiastical resistance, but also unleashed a powerful new spirit in theological studies. After a period of ecclesiastical reaction in which some aspects of classical learning were banned from theological discourse, writers such as Thomas Aquinas (thirteenth century) succeeded, though not without considerable difficulty, in establishing that Aristotelian principles could be used as an effective tool in expressing Christian theology. 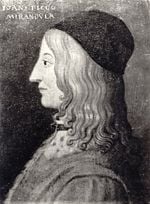 One of the first great texts of the maturing Christian humanist tradition was Giovanni Pico della Mirandola's Oration on the Dignity of Man (c. 1486). However, the country of Pico's birth, Italy, leaned more toward civic humanism, while specifically Christian humanism tended to catch hold further north, during what is now called the Northern Renaissance. Italian universities and academia thus stressed classical mythology and literature as a source of knowledge, while the universities of the Holy Roman Empire, France, England, and the Netherlands applied classical learning more to the study of the Church Fathers and biblical texts.

Near the end of the fifteenth century, Johann Reuchlin became a champion for the humanist cause when he defended the right of Jews to read the Talmud and other Jewish works, which conservative Dominican intellectual leaders in Germany insisted should be banned as anti-Christian, prompting major debates between humanists and traditionalists in the great universities of Europe. Reuchlin's younger contemporary, Erasmus of Rotterdam, became the leading Christian humanist thinker of the era and completed the first New Testament in Greek in 1514. His work would come to play a major role in the theological debates of the early Protestant Reformation.

The Reformation and beyond 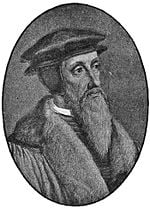 Christian humanism thus blossomed out of the Renaissance and was brought by devoted Christians to the study of the sources of the New Testament and Hebrew Bible. The invention of movable type, new inks, and widespread paper-making put virtually the whole of human knowledge at the hands of literate Christians for the first time, beginning with the publication of critical editions of the Bible and Church Fathers and later encompassing other disciplines.

Erasmus pioneered this movement with his work of publishing the New Testament in Greek, producing a firestorm of interest in the "original" text of the Bible. Martin Luther went even further by translating the scriptures into his native German, and arguing for the "freedom of Christian conscience" to interpret the scriptures without interference from the Catholic Church.

John Calvin, at the Sorbonne, began studying scripture in the original languages, eventually writing his influential commentary upon the entire Christian Old Testament and New Testament. Each of the candidates for ordained ministry in the Reformed churches in Calvinist tradition was required to study the Old Testament in Hebrew and the New Testament in Greek in order to qualify. In England, Christian humanism was influential in the court of King Henry VIII, where it came to play an important role the the establishment of the Church of England.

Meanwhile, Christian humanism continued to find advocates in the Catholic tradition as well. Erasmus, for example, remained a Catholic, and many of the leading thinkers of the Counter-Reformation were deeply immersed in Christian humanist thought. By the beginning of the eighteenth century, Christian humanism was the prevailing intellectual thought of Europe. 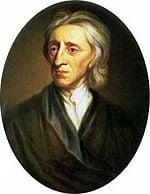 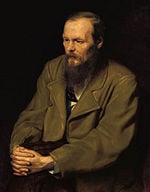 As the primary intellectual movement which laid the foundation for the Protestant Reformation, the legacy of Christian humanism is immense. In subsequent decades and centuries, Christians continued to engage the historical and cultural bases of Christian belief, leading to a spectrum of philosophical and religious stances on the nature of human knowledge and divine revelation.

The Enlightenment of the mid-eighteenth century in Europe brought a separation of religious and secular institutions and challenged Christian faith in ever more radical ways. At the same time, the idea of God-given human rights beyond the authority of any government, initiated by the English philosopher John Locke and enshrined in the U.S. Declaration of Independence, represents a direct outgrowth of Christian humanist thinking.

Biblical criticism and the development of liberal theology in the late nineteenth century may also be seen as manifestations of the Christian humanist spirit. However, Christian humanism stops short of secular humanism, which seeks to divorce any religious discourse from public political debate. Indeed, Christian humanism emphasizes the need to apply Christian principles to every area of public and private life.