Spencer Tracy (April 5, 1900 – June 10, 1967) was a two-time Academy Award-winning American film and stage actor who appeared in 74 films from 1930 to 1967. Tracy is still widely considered one of the most skillful actors of his time. He could portray the hero, the villain, or the comedian, and make the audience believe he truly was the character he played. As an actor, Tracy was ahead of his time, being one of Hollywood's earliest "realistic" actors. Tracy was conversely able to morph into multiple personas regardless of the characterization his role called for. In 1999, the American Film Institute named Tracy among the Greatest Male Stars of All Time, ranking 9th on the list of 100. He was nominated for nine Academy Awards for Best Actor, winning two years in a row for Captains Courageous (1937) and Boys Town (1938). He was linked to actress Katharine Hepburn during his career, but the details of their relationship are cloudy.

Tracy's paternal grandparents, John Tracy and Mary Guhin, were born in Ireland. His mother's ancestry dates back to Thomas Stebbins, who immigrated from England in the late 1630s. Tracy attended six high schools, starting with Wauwatosa High School in 1915, and St. John's Cathedral School for boys in Milwaukee the following year. The Tracy family then moved to Kansas City, where Spencer was enrolled at St. Mary's College, Kansas, a boarding school in St. Marys, Kansas, 30 miles west of Topeka, Kansas, then transferred to Rockhurst, a Jesuit academy in Kansas City, Missouri. John Tracy's job in Kansas City did not work out, and the family returned to Milwaukee six months after their departure. 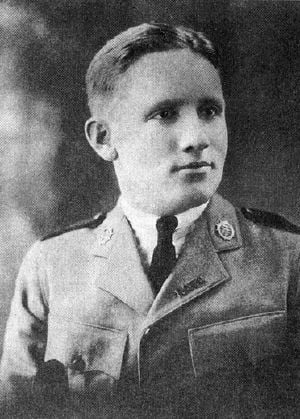 Tracy at the Northwestern Military and Naval Academy in 1919

Spencer was enrolled at Marquette Academy, another Jesuit school, where he met fellow actor Pat O'Brien. The two left school in spring 1917, to enlist in the Navy with the American entry into World War I, but Tracy remained in Norfolk Navy Yard, Virginia, throughout the war. Afterwards, Tracy continued his high school education at Northwestern Military and Naval Academy in Lake Geneva, Wisconsin, but finished his studies at Milwaukee's West Division High School (now Milwaukee High School of the Arts) in February 1921.[1]

He entered Ripon College in February 1921, declaring his intention to major in medicine. There he appeared in a leading role in a play entitled The Truth, and decided on acting as a career. While touring the Northeast with the Ripon debate team, he auditioned for and was accepted to the American Academy of Dramatic Arts (AADA) in New York. He left Ripon without graduating and began classes at AADA in April 1922. Tracy received an honorary degree from Ripon College in 1940.[2] He made his New York debut in a play called "The Wedding Guests," which opened in October 1922. He graduated from AADA in March 1923. 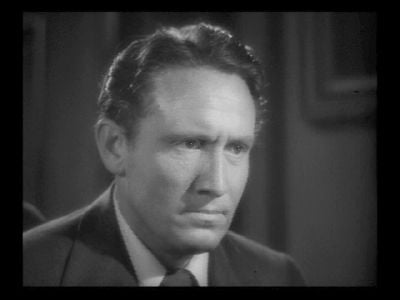 Tracy's first Broadway role was as a robot in Karel Čapek's R.U.R. (1922), followed by five other Broadway plays in the 1920s. In 1923, he married actress Louise Treadwell. They had two children, John and Louise (Susie).

For several years he performed in stock in Michigan, Canada, and Ohio. Finally in 1930, he appeared in a hit play on Broadway, The Last Mile. Director John Ford saw Tracy in The Last Mile and signed him to do Up the River for Fox Pictures. Shortly after that, he and his family moved to Hollywood, where he made over twenty-five films in five years.

In 1935, Tracy signed with Metro Goldwyn Mayer. He won the Academy Award for Best Actor two years in a row, for Captains Courageous (1937) and Boys Town (1938). 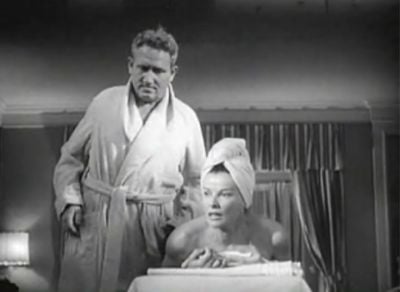 In 1941, Tracy began a relationship with Katharine Hepburn, whose agile mind, sleek elegance, and New England brogue complemented Tracy's easy working-class machismo very well. Their relationship, which neither would discuss publicly, lasted until Tracy's death in 1967. Whether the two stars were close friends and kindred spirits, or had a sexual affair, is still a matter of speculation. Though estranged from his wife, Louise, Tracy was a practicing Roman Catholic and never divorced. He and Hepburn made nine films together.

Seventeen days after filming had completed on his last film, Guess Who's Coming to Dinner, with Hepburn, he died from heart failure at the age of 67.

More than half a century after his death, Tracy is still widely considered one of the most skillful actors of his time. He could portray the hero, the villain, or the comedian, and make the audience believe he truly was the character he played. In the 1944 film, The Seventh Cross, for example, he was effective as an escaped prisoner from a German concentration camp despite his heavy-set build.

Tracy was one of Hollywood's earliest "realistic" actors; his performances have stood the test of time. Actors have noted that Tracy's work in 1930s films sometimes looks like a modern actor interacting with the more stylized and dated performances of everyone around him.