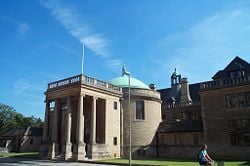 The Rhodes Scholarship is an international award for study at the University of Oxford. This scholarship program was founded in 1902 by the will of Oxford alumnus Cecil John Rhodes, the British-born founder of the De Beers diamond company. Scholarships have been awarded to applicants annually since 1904 on the basis of academic achievement and strength of character. These scholarships bring highly accomplished students from a number of countries to study at Oxford; these students often return to their home countries to pursue leadership positions in academia, business, or politics. Rhodes Scholars may study any full-time postgraduate course offered by the University of Oxford, whether a taught Master’s program, a research degree, or a second undergraduate degree (senior status). Until 1976, candidates for these scholarships were unmarried males aged 19 to 25, citizens of the British Commonwealth or nations of the British Empire, South Africa, or the United States. Candidates were also accepted from Germany, except during World War I and World War II. In more recent times, the criteria for eligibility have been expanded to include other nations and women.

In the context of what has been called the Scramble for Africa, Rhodes was one of the most significant and influential promoters of Britain's imperial interests. An elitist, he thought the British were destined to rule other peoples, for whose rights he had little if any concern, except that he envisioned a world of peace. Rhodes had profited greatly by exploiting Southern Africa's natural resources, proceeds of which founded the Rhodes Scholarship upon his death. With idealistic thinking, Rhodes left instructions in his will that scholarships be established for students from British colonies, the United States, and Germany, with the aim of promoting cross-cultural understanding and peace between nations. He regarded such a common educational experience by future leaders of the world's major powers as the best way to prevent war. Despite an originally racist assumption, many people, including Africans, nevertheless have benefited from these scholarships, although they could not fulfill Rhodes' vision of preventing wars and achieving world peace in the twentieth century. 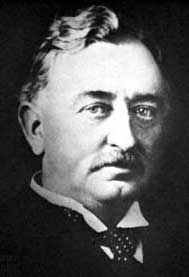 The Rhodes Scholarship is an international award for study at the University of Oxford. It was the first such large-scale program of international scholarships.[1] The program was founded in 1902, by the will of Oxford alumnus Cecil John Rhodes.

The University of Oxford, located in the city of Oxford, England, is the oldest university in the English-speaking world. Academically, Oxford is consistently ranked in the world's top ten universities.[2] Oxford's prestige makes the Rhodes' scholarship a competitive achievement for the world's scholars and academics. The scholarship is available to those who have already achieved an undergraduate (Bachelors) degree, and is for two years in the first instance, or it may be held for one year only; applications for a third year are considered during the course of the second year. There are other criteria for eligibility, which vary by country. University and college fees are paid by the Rhodes Trust. In addition, Rhodes scholars receive a monthly maintenance stipend to cover accommodation and living expenses. Although all scholars become affiliated with a residential college while at Oxford, they also enjoy access to Rhodes House, an early twentieth century mansion with numerous public rooms, gardens, a library, study areas, and other facilities.

Cecil John Rhodes was a British-born South African businessman, mining magnate, and politician. He was an ardent believer in colonialism and was the founder of the state of Rhodesia, which was named after him. Rhodesia, later Northern and Southern Rhodesia, eventually became Zambia and Zimbabwe respectively. Although Rhodes remained a leading figure in the politics of southern Africa, especially during the Second Boer War, he was dogged by ill health throughout his relatively short life. Rhodes died in 1902, at the time one of the wealthiest men in the world.

In the months before he died, Cecil Rhodes began an experimental scholarship program which was the precursor of the Rhodes Scholarship. This Rhodes Scholarship Experiment offered a scholarship to boys educated at The Diocesan College, or Bishops as it is more commonly known, a private, all-boys school situated in the suburb of Rondebosch in Cape Town, South Africa. Bishops was suggested as a suitable school for the experiment to Cecil Rhodes. Like Bishops' founder Robert Gray, he "mistrusted purely secular education."[3] Two boys from Bishops received scholarships to attend Oxford University in 1902.

In his first will Rhodes wanted to create a secret society that would bring the whole world under British rule. The exact wording of that will is as follows:

To and for the establishment, promotion and development of a Secret Society, the true aim and object whereof shall be for the extension of British rule throughout the world, the perfecting of a system of emigration from the United Kingdom, and of colonization by British subjects of all lands where the means of livelihood are attainable by energy, labour and enterprise, and especially the occupation by British settlers of the entire Continent of Africa, the Holy Land, the Valley of the Euphrates, the Islands of Cyprus and Candia, the whole of South America, the Islands of the Pacific not heretofore possessed by Great Britain, the whole of the Malay Archipelago, the seaboard of China and Japan, the ultimate recovery of the United States of America as an integral part of the British Empire, the inauguration of a system of Colonial representation in the Imperial Parliament which may tend to weld together the disjointed members of the Empire and, finally, the foundation of so great a Power as to render wars impossible, and promote the best interests of humanity.[4]

In his last will and testament, he provided for the establishment of the Rhodes Scholarships. The scholarship program enabled students from territories under British rule, formerly under British rule, or from Germany, to study at the University of Oxford. In his last will and testament, Rhodes said of the British, "I contend that we are the finest race in the world and that the more of the world we inhabit the better it is for the human race."[5] Rhodes included Americans in the Rhodes scholarships and said that he wanted to breed an American elite of philosopher-kings who would have the USA rejoin the British Empire. Rhodes also respected the Germans and allowed Germans to be included in the Rhodes scholarships. He believed that eventually Great Britain, the US, and Germany together would dominate the world and ensure peace together. However, the scholarships for Germany were eliminated during World War I and subsequent years until 1930, and again when World War II began. Rhodes' efforts failed to bring about the peaceful world he anticipated.

Rhodes, who attended Oxford University, chose his Alma mater as the site of his great experiment because he believed its residential colleges provided the ideal environment for intellectual contemplation and personal development. 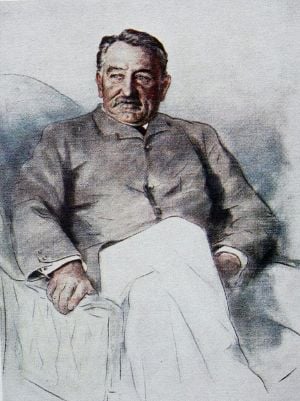 Rhodes' vision for the scholarships did not hold long; his bequest was whittled down considerably in the first decades after his death, due to the payment of various taxes. A change occurred in 1929, when an Act of Parliament established a fund separate from the original proceeds of Rhodes' will. This made it possible to expand the number of scholarships. For example, between 1993 and 1995, scholarships were extended to other countries in the European Community. However, the sentiment of exclusion remained for a long time.

Because the Sex Discrimination Act of 1975 in the United Kingdom did not affect wills, it took another Act of Parliament to change Rhodes' will in 1977 to include women. Since then, numerous women, almost three hundred by the end of the twentieth century, have been admitted into the Rhodes Scholarship program. Some of the most notable include Nancy-Ann Min DeParle, who was Administrator of the U.S. Health Care Financing Administration from 1997-2000, Heather Wilson, a U.S. Congresswoman from New Mexico, Elizabeth Kiss, President of Agnes Scott College, and Naomi Wolf, American author and feminist social critic. It should be noted that while the number of women accepted into the program has increased, they still represent a minority of Rhodes Scholarship winners.

In the twenty-first century, Rhodes' vision of world peace and prosperity through these scholarships has been made increasingly relevant, particularly through partnerships such as the Mandela Rhodes Foundation in South Africa.[6] The bringing together of the names Rhodes and Mandela represents a "symbolic movement in the closing of the historic circle; drawing together the legacy of reconciliation and leadership and that of entrepreneurship and education."[7]

The scholarships are administered and awarded by the Rhodes Trust which was established in 1902 under the terms and conditions of Cecil John Rhodes will. Rhodes' legacy specified four standards by which applicants were to be judged:

There have been more than 7,000 Rhodes Scholars since the inception of the Trust.[8]

There were originally 52 scholarships. In subsequent years, the Trustees added approximately 40 additional scholarships, although not all have continued. Some of these extended the scheme to Commonwealth countries not mentioned in Rhodes' will.[8] The Rhodes Trust website contains a more detailed allocation by region by year, as well as brief summaries of some of the terms and conditions.[9]