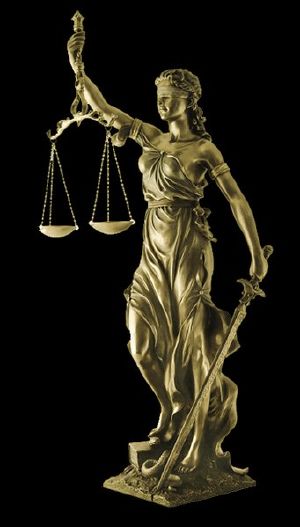 The concept of blind justice is a moral principle

Principle in philosophy and mathematics means a fundamental law or assumption. The word "principle" is derived from Latin "principium" (beginning), translated by Cicero from Greek "arche" (ἀρχή; the beginning, the first principle).

A principle is fundamental in the sense that it generally cannot be derived from others, while laws and rules can. Greek philosophy began as the quest for the principles (arche), and each Pre-Socratic philosophers identified different element as the principle. Aristotle made the first comprehensive analysis of the principles, by which he could differentiate disciplines and fields. Principles, he argued, differ according to subject matter. For example, principles in practical fields such as politics and ethics, and those in exact sciences such as mathematics and logic are different. His studies of principles for why and how they should be differentiated led him to the division of sciences. Medieval Schoastics adopted Aristotle's works and further identified spiritual principles within Christian contexts.

Philosophers since the Pre-Socratics generally tried to find the principles in each or all phenomena as well as its own philosophical analysis itself. Critical self-analysis of its own procedures, methodologies, assumptions, and presuppositions is an inherent element of philosophy and this critical self-examination leads to the discovery of primordial principles. The quest for the principles may be the defining characteristic of philosophy itself.

Quest for the principles: Pre-Socratics 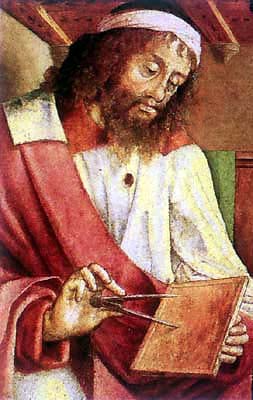 The earliest philosopher, Thales for example, identified "water" as the principle (arche) of the cosmos. Water is vital to all living beings, and can take the form of gas (vapor), liquid (water), and solid (ice). He regarded all beings as modifications of one universal element. Euclid, a mathematician, identified certain postulates and axioms as the principles of mathematics, from which all other theorems and mathematical knowledge are derived. Principles were understood as the irreducible beginning of all mathematical knowledge. In his Geometry, hundreds of propositions can be deduced from a set of definitions, postulates, and common notions: All three of which constitute first principles. When certain principles are considered primordial, these principles are called "first principles." 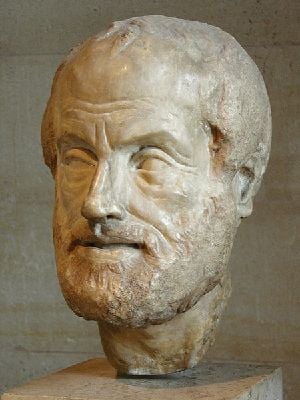 Aristotle is the first philosopher who examined the natures and types of principles in the history of philosophy. He assessed his predecessors' perspectives, and made comprehensive studies of the principles. Aristotle found different types of principles in different phenomena such as social, natural, logical, mathematical, and so on. The differences among principles became the foundation upon which he divide and classified subject matters and disciplines.

Medieval Scholastics adopted Aristotle's definitions and works and developed them within Christian contexts. They also identified spiritual principles as the foundation of Metaphysics, Epistemology and Ethics.

The first principles in modern philosophy 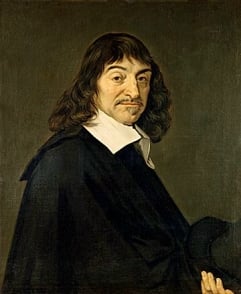 Descartes attempted to find the first principle of philosophy upon the critique of the Aristotelian Scholastic Medieval tradition. He attempted a thought experiment of methodical doubt, and claimed the existence of thinking ego-self (cogito) as the indubitable first principle upon which all other philosophical ideas can be established.

Descartes wrote Principles of Philosophy (Principia philosophiae) (published in 1644) intended to identify the first principles by which he can define philosophy and replace the Aristotelian Scholastic tradition.

The book is divided into four parts:

This identification of the first principles set the stage for modern philosophy. Subsequent philosophers criticized Descartes' claims and presented one's own perspectives. Leibniz identified such principles of metaphysics and logic as the principle of indiscernible, principle of sufficient reason, and others. Spinoza tried to identify principles of Ethics and presented his studies in his Ethics. The style and system of the book is, as Spinoza says, "demonstrated in geometrical order," with axioms and definitions followed by propositions.

One way or another, philosophers try to find primordial principles.

In modern chemistry, principles are the constituents of a substance, specifically those that produce a certain quality or effect in the substance, such as a bitter principle, which is any one of the numerous compounds having a bitter taste.

In pre-modern chemistry and alchemy, principles were the five fundamental substances believed to constitute all bodies. Three of these were called active or hypostatical principles: Salt, sulfur or oil, and spirit or mercury. Salt was supposed to be the foundation of all savors; the sulfur, of odors; and the spirit, or mercury, of colors. The two passive or elementary principles were phlegm (or water) and earth (or caput mortuum).

A principle of law is a codified philosophical statement, which represents the core of a law as found in a constitution, in precedent, or else as interpreted to arise from either or both.

As most legal systems are nationalistic frameworks built upon a small core of legal concepts, jurisdiction and sovereignty often have bearing in making statements of principle. Legal conservatives may tend to be accordingly restricted or "practical" in their concept of a legal principle, while liberals tend to be more inclusive and universalist.