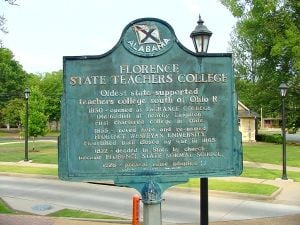 A teachers college, formerly known as normal school, is a post-secondary educational institution dedicated to the training and professional development of teachers—teaching teachers how to teach. Originating in France, these institutions were established to provide specialized educational program for those learning to become teachers. Many teachers colleges today have been amalgamated into universities and colleges to form departments of education.

In early times, teachers were often scholars or clergymen who had no formal training in how to teach the subjects of their expertise. In fact, many believed that "teachers were born, not made." It was not until the emergence of pedagogy, the "art and science of teaching," as an accepted discipline that the training of teachers was considered important.

Although there has been continued debate about whether teaching is a "science" that can be taught or whether one is "born" to be a teacher, it has generally been agreed, at least since the nineteenth century, that certain characteristics are needed to qualify a person as a teacher: knowledge of the subject matter to be taught, knowledge of teaching methods, and practical experience in applying both. The establishment of the "norms" of teaching, hence the original name of "normal school" for such institutions, was an important step in ensuring that quality education could become available for all.

A normal school was created to train high school graduates to become teachers. Such schools arose out of the idea that teaching, or pedagogy, was a "science" which could be taught and learned like any other scientific discipline. The purpose of the normal school was to establish teaching standards or "norms," hence its name. While most of these institutions are now called teachers colleges or teacher training colleges, the same principles apply. Most governments regulate primary and secondary education, and require new teachers to meet established standards and attain certification.

The term "normal school" originated in the early nineteenth century from the French école normale, which translates as "standard" or "model school."[1] The term is no longer in common use, replaced by "teachers college" or "teacher training college," so called because almost all collegiate level education programs are sub-departments of larger colleges and universities. 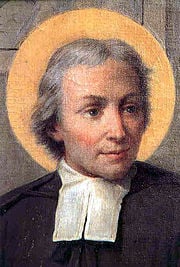 In early times, teachers were often scholars or clergymen who had no formal training in how to teach the subjects of their expertise. In fact, many believed that "teachers were born, not made" and it was not until the emergence of pedagogy, the "art and science of teaching," as an accepted discipline that the training of teachers was considered important.[2]

In 1684, Saint John-Baptiste de la Salle, founder of the Institute of the Brothers of the Christian Schools and a great educational reformer, established what is generally considered the first normal school in Reims, France.[3] This was an institution in which young men were trained in the principles and practices of a new method of teaching, adaptable to the youth in every country. 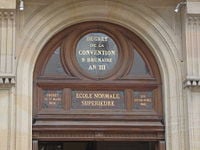 Normal schools spread throughout Europe. In the early 1700s August Hermann Francke organized a teachers' class at Halle to train the teachers for his orphans who received education in what came to be known as the Franckesche Stiftungen. A student of Francke, Johann Julius Hecker, opened the first school for the training of teachers in Berlin in 1748.[5]

The highlight in the French normal school movement was the creation of the École normale supérieure, a French grande école (higher education establishments outside the mainstream framework of the public universities system). It was conceived to provide the Republic, after the Revolution, with a new body of teachers trained in the critical spirit and secular values of the Enlightenment.

Normal schools were generally only for men in Europe for many years, as men were viewed as having more intellectual capacity to be scholars than women. This changed during the nineteenth century, when women became more popular as private tutors than men.

The Escuela Normal Superior José Abelardo Núñez was founded in Santiago, Chile in 1842 as the Escuela de Preceptores de Santiago under the direction of Argentine educator, writer, and politician Domingo Faustino Sarmiento. The first normal school in the Dominican Republic was founded in 1875 by Puerto Rican educator and activist Eugenio María de Hostos. 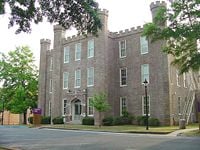 Historic Wesleyan Hall in Florence, Alabama, site of the first state-supported normal school established south of the Ohio River and now part of the University of North Alabama

The first normal schools in the United States were started in New England in the 1820s as private institutions, such as the one founded in Concord, Vermont by Samuel Read Hall in 1823. Sixteen years later the first state funded normal school was founded in Lexington Massachusetts, thanks largely to the efforts of education reformers Horace Mann and James G. Carter.[6] In 1838 the meeting of the Board of Education chaired by Horace Mann had discussed the advisability of establishing state normal schools. John Quincy Adams and Daniel Webster spoke in favor, with Webster noting that "If this school succeeds they will go up in every part of the State and the United States."[5]

The first school was established in Lexington in 1839, with Cyrus Pierce as its first principal. Companion schools were opened the next year in Bridgewater and Barre. Growth forced the Lexington normal school's relocation to West Newton in 1843, followed a decade later by a move to its present site on Bare Hill in Framingham. That school, known today as Framingham State College, is the oldest, continuously operated public normal school in the United States. Influenced by similar academies in Prussia and elsewhere in Europe, these normal schools were intended to improve the quality of the burgeoning common school system by producing more qualified teachers. Their success, and the conviction of Horace Mann that colleges had not and would not provide sufficient competent teachers, led to the establishment of similar schools throughout the country, such that by 1867 there were 37 normal schools in the United States.[5]

The United States did not see women allowed to enter normal schools until around the middle of the nineteenth century, when small, two-year institutions that granted certificates instead of degrees became popular.[7] With the twentieth century came increased legislation of education in most parts of the western world, and with it, stricter standards for training and certifying teachers. This contributed to many normal schools being assumed by universities and colleges, changing from non-accredited, certificate granting programs into four year undergraduate Bachelor's and three year graduate Master's degrees programs.[7]

In nearly every part of the world higher educational institutions have taken over the role of educating and licensing teachers, or have set in motion plans to do so. For example, in Senegal, the former Ecole Normale Supérieure (ENS), Dakar's elite teacher training college, was transformed into the Faculté des sciences et techniques de l'éducation et de la formation (Fastef) in 2008. This move, as with those in other countries, was intended to "allow a greater number of students to enter teacher training, and provide the educational system with an official, quality-controlled workforce."[8]

In the Western world teacher training institutions are commonly colleges or departments of larger universities. In the United States, most states require an Bachelor's and Master's degree along with certification in order to be qualified as a public school teacher, with less strict requirements for private schools. Thus, an undergraduate degree is only one step in many to becoming a teacher.

Teachers College, Columbia University is a top ranked graduate school of education in the United States. It was founded in 1887 by the philanthropist Grace Hoadley Dodge and philosopher Nicholas Murray Butler to provide a new kind of schooling for the teachers of the poor children of New York City, one that combined a humanitarian concern to help others with a scientific approach to human development. From its modest beginnings as a school to prepare home economists and manual art teachers for the children of the poor, the college affiliated with Columbia University in 1898, and went on to become the leading intellectual influence on the development of the American teaching profession.

Nowadays all teachers in France are educated in instituts universitaires de formation des maîtres. Both primary and secondary education teachers are required to either have a license or an undergraduate level degree in order to sit for the teacher's examination, which determines who is allowed to enter an education program. These exams are competitive in nature, and for those that score the most, a one year training program is required before they are allowed to teach.[9]

In most parts of the world, teacher training programs are divided into several different specialties. Students usually choose which level of education they wish to study and become licensed in early education, primary education, or secondary education. Early and primary education teachers gain a general knowledge of many different subjects, while secondary education majors concentrate and are licensed in one or two areas, such as mathematics, science, art, language, or history. Some types of educators, such as special education and physical education teachers receive additional, special training along with gaining generalized knowledge.

Whether teachers are trained in separate institutions, normal schools or teacher training colleges, or in an education department of a larger institution, the basic content of the training includes a number of basic components. Although there has been debate about whether teaching is a "science" that can be taught or whether one is "born" to be a teacher, it has generally been agreed, at least since the nineteenth century, that certain characteristics are needed to qualify a person as a teacher: knowledge of the subject matter to be taught, knowledge of teaching methods, and practical experience in applying both.

Cultural variations exist as to the scope and function of teachers, however most parts of the world recognize the following categories as essential skills and training for future teachers. Some have been taught since the early days of normal schools:

Retrieved from https://www.newworldencyclopedia.org/p/index.php?title=Normal_school&oldid=845599
Categories:
Hidden category:
This page was last edited on 5 November 2008, at 17:51.
Content is available under Creative Commons Attribution/Share-Alike License; additional terms may apply. See Terms of Use for details.