Mount Holyoke College is a liberal arts women's college in South Hadley, Massachusetts. Originally founded as Mount Holyoke Female Seminary on November 8, 1837, it is the "first of the Seven Sisters" and is one of the oldest institutions of higher education for women in the United States. It went on to be the model of many colleges for women.

Mount Holyoke is also part of the Pioneer Valley's Five Colleges, along with Amherst College, Smith College, Hampshire College, and the University of Massachusetts Amherst.

Mount Holyoke, as the first of the Seven Sisters, has supported the advancement of women in society, enabling them to receive the level of education that permits them to make significant impact in all arenas, while also maintaining the unique feminine distinctions that are essential to the establishment of healthy families and a stable society. Clarification of those distinctions are needed, however, for women to be able to contribute in the most effective way to the establishment of a world of peace and harmony for all. 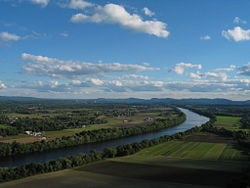 The Pioneer Valley and Connecticut River

Mount Holyoke was founded as an unaffiliated seminary for women before being established as a college for women in the late nineteenth century. The school went on to become a model for a multitude of other women’s colleges throughout the country.[1] 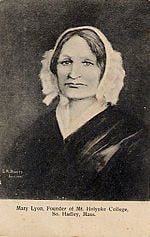 Founded as Mount Holyoke Female Seminary on November 8, 1837, it was named after Mount Holyoke, a nearby peak on the Mt. Holyoke Range. The mountain itself was named after Elizur Holyoke, who is also the (indirect) namesake for the city, Holyoke, Massachusetts. Its founder, Mary Lyon, was an educational innovator who created a highly rigorous environment of higher education for women which was unusual for the early nineteenth century. Lyon mandated a 16 hour day for students at Mount Holyoke Female Seminary, which began at 5 a.m. and ended at 9:15 p.m. In addition, "the books used by the students were the same as used at men's colleges."[2] Lyon was also an innovator in science education for women, requiring:

seven courses in the sciences and mathematics for graduation, a requirement unheard of at other female seminaries. She introduced women to "a new and unusual way" to learn science—laboratory experiments which they performed themselves. She organized field trips on which students collected rocks, plants, and specimens for lab work, and inspected geological formations and recently discovered dinosaur tracks.[3]

Lyon, an early believer in the importance of daily exercise for women, required her students to "walk one mile after breakfast. During New England's cold and snowy winters, she dropped the requirement to 45 minutes. Calisthenics—a form of exercises—were taught by teachers in unheated hallways until a storage area was cleared for a gymnasium. Domestic work often involved strenuous physical activity".[2]

From its founding in 1837, Mount Holyoke Female Seminary "had no religious affiliation." However, "students were required to attend church services, chapel talks, prayer meetings, and Bible study groups. Twice a day teachers and students spent time in private devotions. Every dorm room had two large lighted closets to give roommates privacy during their devotions".[2] Mount Holyoke Female Seminary was the sister school to Andover Seminary. Some Andover graduates looked to marry students from the Mount Holyoke Female Seminary before becoming missionaries because the American Board of Commissioners for Foreign Missions (ABCFM) required its missionaries to be married before starting their missions. By 1859, there were more than 60 missionary alumnae; by 1887, the school's alumnae comprised one-fifth of all female American missionaries for the ABCFM; and by the end of the century, 248 of its alumnae had entered the mission field.[4]

The 1,000-acre (3.2 km²) campus was designed and landscaped between 1896 and 1922 by the landscape architecture firm of Olmstead and Sons. Frederick Law Olmstead designed Central Park in New York City and Congress Park in Saratoga Springs, New York (among other notable outdoor projects). In addition to the Mount Holyoke College Botanic Garden, the grounds feature two lakes, a waterfall, tennis courts, stables and woodland riding trails, all surrounding Skinner Green (the grassy lawn in the center of campus). Skinner Green is framed by traditional ivy-covered, brownstone Neo-Gothic dormitories, Skinner Hall and the social hub, Blanchard Student Center. The campus is also home to the Mount Holyoke College Art Museum which is part of the Five College Museums/Historic Deerfield and the Museums10.

The Odyssey Bookshop (a fixture in South Hadley for over 40 years), resides directly across from the campus in the college-owned Village Commons, which contains a collection of locally owned shops and eateries. A little further away (and accessible by the five college bus) lie the towns of Amherst and Northampton. The Hampshire Mall and Holyoke Mall also offer shopping and entertainment for students. The Mount Holyoke Range State Park is also close to the campus.

Mount Holyoke offers a number of special programs. It has a dual-degree program in engineering which allows students to earn a B.A. from Mount Holyoke and a B.S. from the California Institute of Technology, the Thayer School of Engineering, Dartmouth College, or UMass. Students interested in Public Health can earn a B.A. from Mount Holyoke and an M.S. from the School of Public Health at the University of Massachusetts Amherst the year after graduating from Mount Holyoke. It also offers the Frances Perkins Program for non-traditional students and has a number of programs for international students, including exchange students from its sister school, Women's Christian College in Chennai, Tamil Nadu, India.

In addition to classes at the college, Mount Holyoke students may also enroll in courses at Amherst College, Hampshire College, Smith College, and University of Massachusetts Amherst through the Five Colleges Consortium. 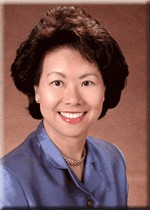 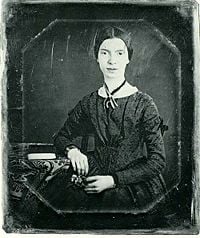 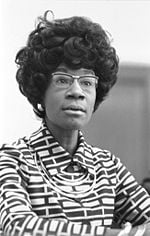 Mount Holyoke has a number of popular traditions.

The Intercollegiate Poetry Contest, The Kathryn Irene Glascock Awards, grants The Glascock Prize to the winner of this annual event (which has taken place at Mount Holyoke since 1924). The "invitation-only competition is sponsored by the English department at Mount Holyoke and counts many well-known poets, including Sylvia Plath and James Merrill, among its past winners".[7]

The Faculty Show takes place once every four years, around April 1 faculty members create a show which parodies themselves and their students.[8] In addition, The Junior Show (also known as J-Show) refers to a show created by Juniors (and a few professors) who parody life at Mount Holyoke. A common feature is a sketch mocking the president and dean of the college, along with well-known professors.[9]

A few events are geared towards initiating new students into Mount Hoyoke. Disorientation or "Dis-O," is the most closely guarded secret at Mount Holyoke. Generally, first-years are kept in the dark about it until it actually takes place. Big/Little Sister is a reference to the pairing of juniors and firsties (or first years) who are paired up to take part in organized—and unorganized—events together. Finally, Elfing refers to sophomores who secretly leave gifts for their chosen firsties or transfer students, usually during October of each year.

Mountain Day begins with the sound of ringing bells from Abbey Chapel on a beautiful autumn morning secretly chosen by the President of the College and all classes are canceled for the day and many students hike to the summit of nearby Mount Holyoke.[10]

M&C's was originally called Milk & Crackers, but is now referred to as Milk & Cookies.[11] It refers to a nightly snack provided by dormitory dining halls. M&Cs also refer to a popular student a cappella group.[12]

Founder's Day refers to Seniors eating ice cream served to them by Trustees of the College at 6 AM near the grave of Founder Mary Lyon. Later during the same morning, convocation is held in Abbey Chapel; the medieval German ode to Academe, "Gaudeamus Igitur" is sung by berobed Seniors and Faculty during the procession. Following convocation, Faculty line the path to Mary Lyon's grave. Seniors walk through this throng, to the grave (to place a wreath). As they pass by their professors, the Faculty members applaud the Seniors—thereby acknowledging them for the first time as scholars and colleagues.

Canoe Sing is an event which takes place prior to Commencement in which canoes are decorated with lanterns are paddled by seniors singing Mount Holyoke songs. They are joined by fellow graduating seniors on shore.

The Laurel Parade takes place the day before Commencement. Graduating seniors wear white and carry laurel garlands, in a parade to Mary Lyon's grave. They are escorted by approximately 3,000 alumnae, also in white, who thereby welcome them into the Alumnae Association. Once at Mary Lyon's grave, the garland is wound around the cast-iron fence, and the Mimi Farina song "Bread and Roses" is sung by all in attendance. White is a tribute to those who fought for women's suffrage.[13]

Retrieved from https://www.newworldencyclopedia.org/p/index.php?title=Mount_Holyoke_College&oldid=1086775
Categories:
Hidden category:
This page was last edited on 10 November 2022, at 17:06.
Content is available under Creative Commons Attribution/Share-Alike License; additional terms may apply. See Terms of Use for details.