From New World Encyclopedia
Jump to:navigation, search
Previous (Seven Sages of the Bamboo Grove)
Next (Seven Wonders of the World)

The Seven Sisters are seven highly prestigious, historically women's private liberal arts colleges in the Northeastern United States. The consortium traces its origins to a conference at Vassar College in 1915 to discuss ways to increase revenues. Subsequent conferences led to the name "Seven Sisters" being associated with the group. Their common efforts have expanded beyond fund-raising to include admissions requirements, academic standards, and common goals. The overriding goal originally was naturally to provide the best higher education for women. While for five of the colleges this is still a defining characteristic and significant goal, two of them, Radcliffe (which merged with Harvard College) and Vassar (which became coeducational in 1969), are no longer women's colleges. Nevertheless, the term "Seven Sisters" and the collegiality of the colleges continues to inspire and encourage young women to pursue excellence in their education and subsequent careers.

The Seven Sisters are seven historically women's liberal arts colleges in the Northeastern United States. They are Barnard College, Bryn Mawr College, Mount Holyoke College, Radcliffe College, Smith College, Wellesley College, and Vassar College. They were all founded between 1837 and 1889. Four are in Massachusetts, two are in New York, and one is in Pennsylvania.

In Women's Colleges in the United States: History, Issues, and Challenges, Irene Harwarth, Mindi Maline, and Elizabeth DeBra note that "Independent nonprofit women’s colleges, which included the 'Seven Sisters' and other similar institutions, were founded to provide educational opportunities to women equal to those available to men and were geared toward women who wanted to study the liberal arts".[1] The colleges also offered broader opportunities in academia to women, hiring many female faculty members and administrators. 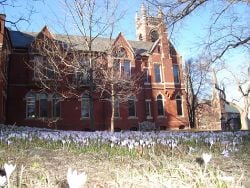 Wellesley College was chartered in 1870 as the Wellesley Female Seminary and was renamed Wellesley College in 1873. It opened its doors to students in 1875. Radcliffe College was originally created in 1879 as The Harvard Annex for women's instruction by Harvard faculty. It was chartered as Radcliffe College by the Commonwealth of Massachusetts in 1894. Barnard College became affiliated with Columbia University in 1900, but it continues to be independently governed. Smith College was chartered in 1871 and opened its doors in 1875. Bryn Mawr opened in 1885. 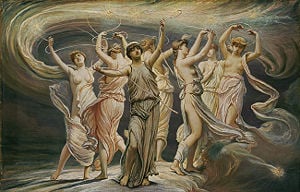 Harwarth, Maline, and DeBra state that "the 'Seven Sisters' was the name given to Barnard, Smith, Mount Holyoke, Vassar, Bryn Mawr, Wellesley, and Radcliffe, because of their parallel to the Ivy League men’s colleges" in 1927.[1]

Beginning in 1963, students at Radcliffe received Harvard diplomas signed by the presidents of Radcliffe and Harvard. Joint commencement exercises began in 1970, and several Harvard and Radcliffe dormitories began exchanging students experimentally. In 1972, full co-residence was instituted, and the departments of athletics of both schools merged shortly thereafter. In 1977, Harvard and Radcliffe signed an agreement which put undergraduate women entirely in Harvard College. In 1999, Radcliffe College was dissolved and Harvard University assumed full responsibility over the affairs of female undergraduates. Radcliffe is now the Radcliffe Institute for Advanced Study in Women's Studies at Harvard University.

Vassar College declined an offer to merge with Yale University and instead became coeducational in 1969.

Mount Holyoke College engaged in a lengthy debate under the presidency of David Truman over the issue of coeducation. On November 6, 1971, "after reviewing an exhaustive study on coeducation, the board of trustees decided unanimously that Mount Holyoke should remain a women's college, and a group of faculty was charged with recommending curricular changes that would support the decision."[4]

Smith College also made a similar decision in 1971.[5]

In 1969, Bryn Mawr College and Haverford College (then all-male) developed a system of sharing residential colleges. When Haverford became coeducational in 1980, Bryn Mawr discussed the possibly of coeducation as well but decided against it.[6]

In 1983, Columbia University began admitting women after a decade of failed negotiations with Barnard College for a merger along the lines of Harvard and Radcliffe (Barnard has been affiliated with Columbia since 1900, but it continues to be independently governed).

Wellesley College also decided against coeducation during this time.

Retrieved from https://www.newworldencyclopedia.org/p/index.php?title=Seven_Sisters_(colleges)&oldid=1098043
Categories:
Hidden category:
This page was last edited on 26 January 2023, at 10:08.
Content is available under Creative Commons Attribution/Share-Alike License; additional terms may apply. See Terms of Use for details.