Eclecticism (from Greek eklektikos, “selective,” or “choosing the best”), is a conceptual approach that does not hold rigidly to a single paradigm or set of assumptions, but instead draws upon multiple theories, styles, or ideas to gain complementary insights into a subject, or applies different theories in particular cases. In philosophy and theology, eclecticism is the practice of selecting and compiling doctrines from different systems of thought, without adopting the entire parent system for each doctrine. It is distinct from syncretism, the attempt to reconcile or combine systems, in that it does not attempt to resolve the contradictions between them.

The term “eclectic” was first used in the first century B.C.E. to refer to a group of ancient philosophers, including the Stoic Panaetius (150 B.C.E.), Posidonius (75 B.C.E.), and the New Academics Carneades (155 B.C.E.) and Philo of Larissa (75 B.C.E.), who attached themselves to no real system, but selected from existing philosophical beliefs those doctrines that seemed most reasonable to them. Among the Romans, Cicero, Marcus Terentius Varro and Seneca were eclectic. Many modern philosophers were eclectics. During the nineteenth century, the term "eclectic" came to be applied particularly to a number of French philosophers who differed considerably from one another. Their position was typified by Victor Cousin (1792-1867), who identified four great systems which he believed expressed and summarized the whole development of human speculation: sensism, idealism, skepticism, and mysticism; and concluded that each contained a part of the truth but none possessed the whole truth exclusively.

In the second century B.C.E., a remarkable tendency toward eclecticism began to manifest itself. The desire to arrive at the one explanation for all things, which had inspired the older philosophers, became less important; philosophers began to doubt that any such explanation was fully attainable. Instead, thinkers began to adopt, from all systems, the doctrines which best pleased them. Stoicism and Epicureanism had given the attainment of practical virtue and happiness priority over the search for pure truth, while the Skeptics denied that it was possible to discover pure truth at all. Eclecticism sought to approach absolute truth by selecting doctrines that had the highest possible degree of probability.

The term "eclectics" comes from the Greek eklektikos: “choosing the best.” It was first used in the first century B.C.E. to refer to a group of ancient philosophers who attached themselves to no real system, but selected from existing philosophical beliefs those doctrines that seemed most reasonable to them. Out of this collected material they constructed their new system of philosophy. (see Diogenes Laertius, 21). One of the earliest eclectics was the Stoic Panaetius (150 B.C.E.) followed by Posidonius (75 B.C.E.), and the New Academics Carneades (155 B.C.E.) and Philo of Larissa (75 B.C.E.). Among the Romans, Cicero was thoroughly eclectic, uniting the Peripatetic, Stoic, and New Academic doctrines. Other Roman eclectics were Marcus Terentius Varro and Seneca.

In the late period of Greek philosophy there appeared an eclectic system consisting of a compromise between the Neo-Pythagoreans and the various Platonic sects. Another eclectic school was that of Philo Judaeus in Alexandria, in the first century C.E., who interpreted the Old Testament allegorically, and tried to harmonize it with selected doctrines of Greek philosophy. Neo-Platonism, the last product of Greek speculation, sought to establish correct relationships between God and humans through a fusion of Greek philosophy with eastern religion. Its chief representatives were Plotinus (230 C.E.), Porphyrius (275 C.E.), Iamblichus (300 C.E.), and Proclus (450 C.E.). Among the early Christians, Clement of Alexandria, Origen and Synesius were eclectics in philosophy.

As the natural sciences became more complex, and modern philosophers began to abandon the possibility of a single philosophical system that could explain the whole of truth, eclecticism became the norm rather than the exception.

During the nineteenth century, the term "eclectic" came to be applied particularly to a number of French philosophers who differed considerably from one another. The earliest were Pierre Paul Royer-Collard, who was mainly a follower of Thomas Reid, and Maine de Biran. The most distinguished members of this school were Victor Cousin, Theodore Jouffroy, J. P. Damiron, Barthelemy St Hilaire, C. F. M. de Remusat, Adolphe Gamier and Ravaisson-Mollien. Their position was typified by Victor Cousin (1792-1867) and his school, which is sometimes called the Spiritualistic School. Beginning as a sensualist, Cousin was drawn by the teaching of Royer Collard to seek a foundation for metaphysical, moral, and religious truth in the Scottish school. When this failed him, he began to examine current philosophical ideas, influenced by Maine de Biran whom he called "the greatest metaphysician of our time," by the writings of Kant, and by personal intercourse with Schelling and Hegel. Finally, he turned to the works of Plato, Plotinus, and Proclus, then returned to Descartes and Leibniz. Finally, he arrived at the conclusion that the successive philosophical systems elaborated through the ages of history represented the full development of human thought, and that the complete truth could be found in a system which used common sense to collate the fragmentary thoughts expressed by the different thinkers and schools of all ages. He identified four great systems which he believed expressed and summarized the whole development of human speculation: sensism, idealism, skepticism, and mysticism. Each contained a part of the truth but none possessed the whole truth exclusively. "Each system," he asserted, "is not false, but incomplete, and in reuniting all incomplete systems, we should have a complete philosophy, adequate to the totality of consciousness." Eclecticism gained great popularity in France, and, partly owing to Cousin's position as minister of public instruction, became the standard system in French schools, where it inspired the study of the history of philosophy.

Many of the Italina philosophers were eclectics, and among the German eclectics were Wolf and his followers, as well as Moses Mendelssohn, J. A. Eberhard, and Ernst Platner.

In the sphere of abstract thought, eclecticism is open to the objection that since each philosophical system is supposed to be a whole, of which its various doctrines are integral parts, the arbitrary combination of doctrines from different systems is likely to result in a fundamental incoherence. In practical affairs, however, eclecticism is effective because it makes use of whatever policy or doctrine brings about a desired result, without probing for a deeper coherence.

Eclecticism is sometimes regarded with contempt as being illogical and arbitrary, perhaps because many eclectics have been intellectual dilettantes or skeptics. However, eclecticism is rooted in a refusal to blindly accept one set of ideas as true, combined with a determination to recognize and select from all sources those elements which are most likely to be true, or most effective in practical matters. It is therefore a sound philosophical method.

Eclecticism can be inelegant, and eclectics are sometimes criticized for lack of consistency in their thinking, but it is common in many fields of study. For example, most psychologists accept parts of behaviorism, but do not attempt to use the theory to explain all aspects of human behavior. A statistician may use frequentist techniques on one occasion and Bayesian ones on another. An example of eclecticism in economics is John Dunning's eclectic theory of international production. 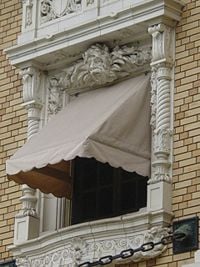 In art, the term “eclecticism” is used to describe the combination in a single work of elements from different historical styles, chiefly in architecture and, by implication, in the fine and decorative arts. It was once applied to the painters of the Carracci family, who incorporated elements from the Renaissance and classical traditions. Among the most influential advocates of eclecticism were Sir Joshua Reynolds and John Ruskin. The term is sometimes also loosely applied to the general stylistic variety of nineteenth-century architecture after Neo-classicism (c. 1820), although the revivals of styles in that period have, since the 1970s, generally been referred to as aspects of historicism.

Eclecticism plays an important role in critical discussions and evaluations, but is somehow distant from the actual forms of the artifacts to which it is applied, and its meaning is thus rather indistinct. The simplest definition of the term, that every work of art represents the combination of a variety of influences, is so basic as to be of little use. Eclecticism never amounted to a movement or constituted a specific style: it is characterized precisely by the fact that it was not a particular style.

Eclecticism is recognized in approaches to psychology that see many factors influencing behavior and the psyche, and among those who consider all perspectives when identifying, changing, explaining, and determining behavior.

Some martial arts can be described as eclectic in the sense that they borrow techniques from a wide variety of other arts. The Martial Arts system developed by Bruce Lee called Jeet Kune Do is classified as an eclectic system. As with other disciplines that incorporate eclecticism, Jeet Kune Do's philosophy does not hold rigidly to a single paradigm or set of assumptions or conclusions but encourages a student to learn what is useful for themselves.

Eclecticism is also known as a new popular music stream in the house scene. Dutch DJs like Don Diablo, Gregor Salto and Erick E are active in this music. Eclecticism is popular among Experimental Music Artists like Alex Ross-Iver, Tom Waits and Les Claypool.

Robin Holloway cites the composers Benjamin Britten, Dmitri Shostakovich, Copland, Poulenc and Tippett as eclectic composers, 'along the lines first boldly laid by Igor Stravinsky; they make their idiom from very diverse sources, assimilating and transforming them into themselves'.