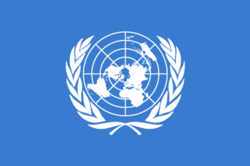 Headquartered in New York City, the UNDP is funded entirely by voluntary contributions from UN member nations. The organization has country offices in 166 countries, where it works with local governments to meet development challenges and develop local capacity. Additionally, the UNDP works internationally to help countries achieve the Millennium Development Goals (MDGs).

The focuses of UNDP are providing expert advice, training, and grant support to developing countries, with increasing emphasis on assistance to the least developed countries. To accomplish the MDGs and encourage global development, UNDP's priorities are poverty reduction, fighting the HIV/AIDS pandemic, democratic governance, energy and environment, and crisis prevention and recovery. UNDP also encourages the protection of human rights and the empowerment of women in all of its programs. UNDP publishes an annual Human Development Report to measure and analyze developmental progress. In addition to a global Report, UNDP publishes regional, national, and local Human Development Reports. Critics point to the UNDP's institutional weakness and inability to influence the World Bank and the International Monetary Fund, which are independent of the UN system to claim that it fails the world's poor. The UNDP has not been successful in tackling third world debt, protectionist policies and tariffs that hamper fair trade or corruption in the developing world that too often thwarts progress in poverty reduction.

The UNDP was founded in 1965 by the UN General Assembly, to combine the Expanded Programme of Technical Assistance, created in 1949 and the United Nations Special Fund, created in 1958. The two organizations were fully combined into the UNDP in 1971.

Spain became the largest single donor on December 2006, contributing $700 million (€528 million) to the Millennium Development Goals Fund. Before that, the United Kingdom was the largest single donor, contributing $254 million in regular and other resources, followed by the United States, which contributed $245 million to UNDP. Japan, Netherlands, Norway, Sweden, Canada, and Germany each contributed more than $100 million.

UNDP’s offices and staff are on the ground in 166 countries, working with governments and local communities to help them find solutions to global and national development challenges.

Poverty reduction UNDP helps countries develop strategies to combat poverty by expanding access to economic opportunities and resources, linking poverty programs with countries’ larger goals and policies, and ensuring a greater voice for the poor. UNDP also works at the macro level to reform trade, encourage debt relief and foreign investment, and ensure that the poorest of the poor benefit from globalization.

On the ground, UNDP sponsors developmental pilot projects, promotes the role of women in development, and coordinates efforts between governments, NGOs, and outside donors. In this way, UNDP works with local leaders and governments to provide opportunities for impoverished people to create businesses and improve their economic condition.

An example of a successful UNDP project is a coffee growing project that was instigated by Women's Federation for World Peace in Uganda with a $50,000 grant from UNDP. Approximately 400 families had been relocated from federal land and were barely subsisting on rocky, mountainous land. The project funds provided these families coffee plants. Volunteers provided education about crop care and rotation, water technology, hygiene and more. Family incomes rose from less than $400 US a year to approximately $1,500 a year.

Crisis prevention and recovery UNDP works to reduce the risk of armed conflicts or disasters, and promote early recovery after crises have occurred. UNDP works through its country offices to support local government in needs assessment, capacity development, coordinated planning, and policy and standard setting.

Examples of UNDP risk reduction programs include efforts to control small arms proliferation, strategies to reduce the impact of natural disasters, and programs to encourage use of diplomacy and prevent violence.

The Human Development Index measures and summarizes human development. Average achievements in nations are measured by the following three dimensions:

UNDP plays a significant coordination role for the UN’s activities in the field of development. This is mainly executed through its leadership of the UN Development Group and through the Resident Coordinator System.

In mid 2006, as first reported by Inner City Press[1] and then by The New Vision[2] UNDP halted its disarmament programs in the Karamoja region of Uganda in response to human rights abuses in the parallel forcible disarmament programs carried out by the Uganda People's Defense Force.

The United Nations Development Group (UNDG) was created by the Secretary General in 1997, to improve the effectiveness of UN development at the country level. The UNDG brings together the operational agencies working on development. The Group is chaired by the Administrator of UNDP. UNDP also provides the Secretariat to the Group.

At the beginning of 2007, Secretary General Ban Ki Moon announced a goal of further unifying UN delivery systems at the country level in his report about UN System-wide coherence. In fact, Secretary General Ban Ki Moon recommends a single UN delivery system in each country to minimize duplication of administrative activity and efforts in order to maximize achievement of the Millennium Development Goals.

The UN Millenium Campaign, with a secretariat in the UNDP,was established in October 2002 to insoire a global movement to achieve the Millenium Goals, working closely with civil society as well as government. In collaboration with the World Conference of Religions for Peace has published a toolkit for religious leaders, a "33-page multi-religious resource that introduces the MDGs and the key role of faith communities in advocacy and action to advance development." In addition to this resource, the booklet Act Now for the Millenium Development Goals: appeals from religious leaders and scholars contains 18 statements from well know religious figures encouraging the faithful to help meet the goals.[3]. Writing in the Introduction to the toolkit, Kofi Annan commented:

'Enlightened religious leaders and scholars of all faiths also have a key role to play. Their advocacy can influence political leaders and ordinary citizens alike. (...)

I encourage religious leaders and scholars to do their part in defeating poverty and hunger, and in delivering the world’s poorest and most marginalized people from despair.'

The current Resident Coordinator for UNDP is Stojance Kitanoski. He coordinates all organizations of the United Nations system involved in operational activities for development in the field. The RC system aims to bring together the different UN agencies to improve the efficiency and effectiveness of operational activities at the country level. Resident Coordinators, who are funded, appointed and managed by UNDP, lead UN country teams in more than 130 countries and are the designated representatives of the Secretary General for development operations. Working closely with national governments, Resident Coordinators and country teams advocate the interests and mandates of the UN, drawing on the support and guidance of the entire UN family.

UNDP, along with other UN agencies, has long enlisted the voluntary services and support of prominent individuals as Goodwill Ambassadors or Youth Emissaries to highlight and promote key policies. According to UNDP’s website: “Their fame helps amplify the urgent and universal message of human development and international cooperation, helping to accelerate achievement of the Millennium Development Goals.”

Honorary Advisor on Sports and Development

Retrieved from https://www.newworldencyclopedia.org/p/index.php?title=United_Nations_Development_Program&oldid=1035094
Categories:
Hidden category:
This page was last edited on 8 April 2020, at 22:20.
Content is available under Creative Commons Attribution/Share-Alike License; additional terms may apply. See Terms of Use for details.