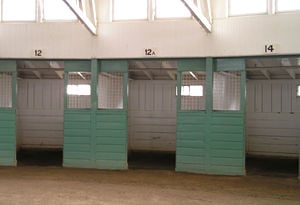 A superstition is the irrational belief that future events can be influenced or foretold by specific, unrelated behaviors or occurrences. The earliest superstitions were created as a way to deal with ignorance and fear of the unknown. Superstitions are thus a way of attempting to regain control over events in one's life. Superstitious beliefs are more common among certain groups of people than others, and vary from culture to culture: For example, the number thirteen is considered by many in western society to be inherently unlucky whereas in Japan the number four is often considered unlucky. Some superstitions, notably the connection between mirrors and the soul, are however found to be almost universal, suggesting a deeper connection than mere happenstance or at least a universal experience and interest in such cases. While most superstitions are harmless, and even may be helpful in encouraging people to achieve their goals, attributing results to an unrelated cause if it leads to a lack of responsibility on the part of the person can be somewhat dubious. Understanding the true cause of phenomena is the deepest desire of human beings, and people should not abandon that endeavor in favor of superstition.

The origin of superstitions

The term superstition is thought to derive from the Latin superstitio, meaning "to stand over in awe." The term is also related to the Latin word superstes ("outliving" or "surviving"), and in this sense refers to the remains of ideas and beliefs that continued long after their original meaning had been forgotten. For this reason superstitions are often considered relics of outmoded ways of thinking.[1]

Many believe that superstitious beliefs originated during the earliest days of humanity. Faced with natural phenomena like thunderstorms and earthquakes, as well as the unpredictability of illness and food supply, human beings attempted to create an understandable world of powers that could be influenced by action. The earliest superstitions were created as a way to deal with the ignorance and fear of the unknown. Chance misfortunes could be ascribed a cause, and the potential to avoid or control them was created.[2]

Superstitions are thus a way of attempting to regain control over events, particularly when one feels helpless. Some groups are more prone to superstitious beliefs than others. Actors, miners, fishermen, and gamblers all tend to be more superstitious than average; the success of all these occupations tends to be more out of the control of the individual.[3]

Often, superstitions are born from casual coincidence. For example, if an athlete wears a particular pair of socks on a day he performs particularly well, he may continue to wear the same pair of socks in the belief that the socks were responsible for the success. Future successes reinforce such a belief. In some cases, it is certainly possible that the simple belief in success or failure can influence the outcome. The athlete who cannot find his "lucky socks" may, due to lack of confidence, perform poorly, further reinforcing the belief in the power of the socks.

In 1947, Behavioral psychologist B. F. Skinner, known for his experiments using the famed "Skinner Box," published research on the behavior of pigeons in which he observed what he termed "superstitious" behavior. The group of pigeons, kept hungry for the purpose of the experiment, were fed small amounts of food at regular intervals, unrelated to the pigeons' behavior. By the end of the study, three-quarters of the group of hungry pigeons had developed what he called "superstitious" behaviors. One pigeon practiced turning clockwise several times, apparently expecting the appearance of food; other birds developed specific head movements.[4]

Skinner suggested that the pigeons believed that they were influencing the automatic mechanism with their "rituals" and that the experiment shed light on human behavior:

The experiment might be said to demonstrate a sort of superstition. The bird behaves as if there were a causal relation between its behavior and the presentation of food, although such a relation is lacking. There are many analogies in human behavior. Rituals for changing one's fortune at cards are good examples. A few accidental connections between a ritual and favorable consequences suffice to set up and maintain the behavior in spite of many unreinforced instances. The bowler who has released a ball down the alley but continues to behave as if she were controlling it by twisting and turning her arm and shoulder is another case in point. These behaviors have, of course, no real effect upon one's luck or upon a ball half way down an alley, just as in the present case the food would appear as often if the pigeon did nothing—or, more strictly speaking, did something else.[5]

Later studies by other psychologists failed to replicate Skinner's results and disputed Skinner's "superstition" explanation for the behaviors he recorded. Instead, it appeared that the behavior of his pigeons could be accounted for by the natural foraging behaviors of the species he used as test subjects.

Religious beliefs have often been viewed by those outside of a particular religion as nothing more than superstition. Religious practices are most likely to be labeled "superstitious" by outsiders when they include belief in extraordinary events, supernatural interventions, apparitions, or the efficacy of prayer, charms, amulets, incantations, the meaningfulness of omens, and prognostications. While superstitions may seem to have parallels with religious practices, and some may seem to overlap more than others, there are important distinctions.

Prayers, rituals, and other religious acts are generally performed to venerate a deity. By offering prayers, sacrifices, and so forth, one may hope that the deity looks favorably upon them, but the power exists within the deity, not the performance of the ritual or prayer. The power of objects such as amulets similarly comes through the object, but such power originates with the deity, not the object itself. Superstition, on the other hand, puts all power in the action or object itself, or the person performing the action. For example, a religious person may sacrifice an animal to ensure a good harvest. The success of the harvest is thus put into the hands of the deity. A superstitious person may perform a certain ritual for the same purpose, but the success of the harvest is thus dependent on the power of the ritual itself.

The Roman Catholic Church considers superstition to be sinful in the sense that it denotes a lack of trust in the divine providence of God and, as such, is a violation of the first of the Ten Commandments: "You shall have no other gods before me." The Catechism of the Catholic Church states superstition "is the deviation of religious feeling" and "can affect the worship we offer the true God." "[Attributing] the efficacy of prayers or of sacramental signs to their mere external performance, apart from the interior dispositions that they demand, is to fall into superstition."[6]

Superstitions are often passed down through generations; often, the origin of a superstition is lost to history. Additionally, while some superstitions seem more widespread (like the connection of mirrors to the soul), others are specific to certain cultures or occupations.