Sir Noël Peirce Coward (December 16, 1899 – March 26, 1973) was an Academy Award winning English actor, playwright, and composer of popular music. As well as more than 50 published plays and many albums of original songs, Coward wrote comic revues, poetry, several volumes of short stories, the novel Pomp and Circumstance (1960) and three volumes of autobiography. Books of his song lyrics, diaries, and letters have also been published.

During World War II he entertained the troops but also engaged in intelligence work for the British government, for which he almost received a knighthood. In 1970—three years before his death, he finally did. His work, though often comical, has a serious streak running beneath the surface as he explores such themes as friendship, patriotism, duty and a rapidly changing world that dashed people's hopes one moment, then held out unexpected possibilities the next. His works were in tune with the aspirations especially of the generation that lived through two world wars, and feared a third. 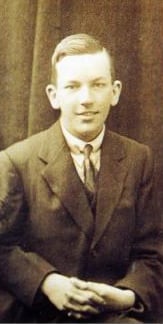 Coward was born in Teddington, Middlesex, England to Arthur Sabin Coward, a clerk, and his wife Violet Agnes, daughter of Henry Gordon Veitch, captain and surveyor in the Royal Navy. He was the second of their three sons, the eldest of whom had died in 1898 at the age of six years old. He began performing in the West End at an young age. He was a childhood friend of Hermione Gingold, whose mother warned her against Coward.

A student at the Italia Conti Academy stage school, Coward’s first professional engagement was in the children’s play The Goldfish on January 27, 1911. After this appearance, he was sought after for children’s roles by several other professional theaters.

When he was 14 years old, he met Philip Streatfeild, a society painter who took him in and introduced him to high society through Mrs. Astley Cooper. She gathered a salon of artists and invited him to live on her property at Hambleton, Rutland, but on the farm rather than in the Hall, due to his lower social class.[1] Streatfeild died from tuberculosis in 1915.

He played in several productions with the actor Sir Charles Hawtrey, a Victorian comedian, whom he idolized and to whom Coward virtually apprenticed himself until he was 20 years old. It was from Hawtrey that Coward learned comic acting technique and playwriting. He was drafted briefly into the British Army during World War I but was discharged due to ill health. Coward appeared in the D. W. Griffith film Hearts of the World (1918) in an uncredited role. He found his voice and began writing plays that he and his friends could star in while at the same time writing revues.

He starred in one of his first full-length plays, the inheritance comedy I'll Leave It To You, in 1920. The following year he completed a one-act satire, The Better Half, about a man's relationship with two women, and it enjoyed a short run at the Little Theatre in London in 1922. The play was thought to be lost until a typescript was rediscovered in 2007 in the archive of the Lord Chamberlain's Office, which at that time licensed all plays for performance in the United Kingdom, and imposed cuts or complete bans.[2]

After he enjoyed some moderate success with the George Bernard Shaw-esque play The Young Idea in 1923. The controversy surrounding his play The Vortex (1924), which contains many veiled references to drug abuse and homosexuality, made him an overnight sensation on both sides of the Atlantic Ocean. Coward followed this with three more major hits, Hay Fever, Fallen Angels (both 1925) and Easy Virtue (1926).

Much of Coward's best work came in the late 1920s and early 1930s. Enormous productions, such as the full-length operetta Bitter Sweet (1929) and Cavalcade (1931), a huge extravaganza requiring a very large cast, gargantuan sets and an exceedingly complex hydraulic stage, were interspersed with finely-wrought comedies such as Private Lives (1930), in which Coward himself starred alongside his most famous stage partner, Gertrude Lawrence; and the black comedy Design for Living (1932), written for Alfred Lunt and Lynn Fontanne.

Coward again partnered Lawrence in Tonight at 8:30 (1936), an ambitious cycle of ten short plays that were randomly "shuffled" to make up a different playbill of three plays each night. One of these plays, Still Life, was expanded into the 1945 David Lean film Brief Encounter. He was also a prolific writer of popular songs, and a lucrative recording contract with HMV allowed him to release a number of recordings, many now reissued on Compact Disc.

When England came into World War II in 1939 Coward was working harder than he had before. When the war started he had recently left Paris. He took some time off from writing to perform for the troops, but after a stint at this, coward was eager to return. Alongside his highly-publicized tours entertaining Allied troops, he was also engaged by the British Secret Service MI5 in intelligence work. He was often frustrated by the criticism he faced for his ostensibly glamorous lifestyle, apparently living the high life while his countrymen suffered – especially his trips to America to sway opinion formers there.[3] He was unable, however, to defend himself by revealing his association with the Secret Service.

King George VI, a personal friend, encouraged the government to award Coward a knighthood for his efforts in 1942. This was blocked by Winston Churchill, who disapproved of Coward's flamboyant lifestyle.[4] Churchill advised giving the official reason as being Coward's fine of 200 British pounds for currency offenses (he had spent 11,000 pounds on a trip to America).

Had the Germans invaded Britain, Coward would have been arrested and liquidated as his name was in the The Black Book, along with other public figures such as H. G. Wells, targeted for his socialist views. Some have argued that this attention may have been due to homosexual preferences, but recent documents have surfaced showing Coward to have been a covert operative in the Secret Service.

Coward was active in the war effort as a lyricist for some extraordinarily popular songs during the war, the most famous of which are London Pride and Don't Let's Be Beastly To The Germans. He complained to Churchill, his frequent painting companion, that he felt he was not doing enough to support the war effort. Reportedly, Churchill suggested he make a movie based on the career of Captain Lord Louis Mountbatten. The result was a naval film drama, In Which We Serve, which Coward wrote, starred in, composed the music for and co-directed, with David Lean. The film was immensely popular on both sides of the Atlantic and Coward was awarded an honorary Oscar by the American film industry.

In the 1940s, Coward wrote some of his best plays. The social commentary of This Happy Breed and the intricate semi-autobiographical comedy-drama Present Laughter (both 1939) were later combined with the hugely successful black comedy Blithe Spirit (1941) to form a West End triple-bill, which starred Coward in all three simultaneous productions. Blithe Spirit went on to make box-office records for a West End comedy that were not beaten until the 1970s, and was made into a film directed by David Lean.

Coward's popularity as a playwright declined sharply in the 1950s, with plays such as Quadrille, Relative Values, Nude with Violin and South Sea Bubble all failing to find much favor with critics or audiences. Despite this decline, he maintained a high public profile, continuing to write (and occasionally star in) moderately successful West End plays and musicals, performing an acclaimed solo cabaret act in Las Vegas, Nevada, and starring in films such as Bunny Lake is Missing, Around the World in 80 Days, Our Man in Havana, Boom!, and The Italian Job.

After starring in a number of American television specials in the late 1950s alongside Mary Martin, Coward left the UK for tax reasons. He first settled in Bermuda but later moved to Jamaica, where he remained for the rest of his life. His play Waiting in the Wings (1960), set in a rest home for retired actors, marked a turning-point in his popularity, gaining plaudits from critics, who likened it to the work of Anton Chekhov. Following that success, his earlier work realized a revival in the late 1960s, with several new productions of his 1920s plays and a number of revues celebrating his music. Coward dubbed this comeback "Dad's Renaissance."

Coward's final stage work was Suite in Three Keys (1966), a trilogy set in a hotel penthouse suite, with him taking the lead roles in all three. The trilogy gained excellent reviews and did good box office business in the Great Britain. Coward intended to star in Suite in Three Keys on Broadway but was unable to travel due to age and illness. Only two of the plays were performed in New York, with the title changed to Noel Coward in Two Keys and the lead taken by Hume Cronyn.

By now suffering from advanced arthritis and bouts of memory loss, which affected his work on The Italian Job, Coward retired from the theater. He was finally knighted in 1970, and died in Jamaica in March, 1973 of heart failure at 73 years old. He was buried three days later on the brow of Firefly Hill, Jamaica, overlooking the north coast of the island. On March 28, 1984 a memorial stone was unveiled by the Queen Mother in Poets’ Corner, Westminster Abbey.

He was also a valued friend of Vivien Leigh, Judy Garland, Princess Margaret and Queen Elizabeth the Queen Mother. He was a close friend of Ivor Novello and Winston Churchill.

He was the president of The Actors' Orphanage, supported by the theatrical industry. In that capacity he met the young Peter Collinson, who was in the care of the orphanage, becoming Collinson's godfather and helping him get started in show business. When Collinson was named as director of the The Italian Job he invited Coward to play a role in the film.

Coward was a neighbor of James Bond's creator Ian Fleming and his wife Anne in Jamaica, the former Lady Rothermere. Though he was very fond of both of them, the Flemings' marriage was not a happy one, and coward reportedly tired of their constant bickering, as recorded in his diaries. When the first film adaptation of a James Bond novel, Dr. No was being produced, Coward was approached for the role of the villain. He is said to have responded, "Doctor No? No. No. No."

The Papers of Noel Coward are held in the University of Birmingham Special Collections.

Retrieved from https://www.newworldencyclopedia.org/p/index.php?title=Noel_Coward&oldid=1087561
Categories:
Hidden category:
This page was last edited on 16 November 2022, at 02:34.
Content is available under Creative Commons Attribution/Share-Alike License; additional terms may apply. See Terms of Use for details.