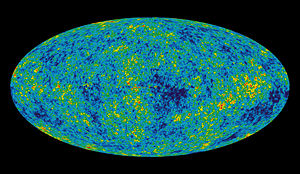 The term microwaves is used for electromagnetic radiation in the approximate wavelength range of 1 millimeter (mm) (frequency of 300 gigahertz (GHz)) to 1 meter (m) (frequency of 0.3 GHz). They are part of the radio-wave region of the spectrum and lie at the higher frequency end of radio waves. Compared to visible light, microwaves have longer wavelengths and are therefore invisible to the human eye. They can readily pass through the Earth's atmosphere. Microwave technology has been developed so that we can cook food rapidly, sense objects remotely, and engage in global wireless communications almost instantaneously. This technology has thus fostered intercultural exchange and brought the peoples of the world closer together, helping us see ourselves as one family of humanity.

James Clerk Maxwell, using his famous "Maxwell's equations," predicted the existence of invisible electromagnetic waves, of which microwaves are a part, in 1865. In 1888, Heinrich Hertz became the first to demonstrate the existence of such waves by building an apparatus that produced and detected microwaves in the ultra high frequency region. Hertz recognized that the results of his experiment validated Maxwell's prediction, but he did not see any practical applications for these invisible waves. Later work by others led to the invention of wireless communications, based on microwaves. Contributors to this work included Nikola Tesla, Guglielmo Marconi, Samuel Morse, Sir William Thomson (later Lord Kelvin), Oliver Heaviside, Lord Rayleigh, and Oliver Lodge.

Specific significant areas of research and work developing microwaves and their applications:

In 1965 Arno Penzias and Robert Woodrow Wilson at Bell Telephone Laboratories in New Jersey built an instrument for radio astronomy and satellite communication experiments. To their surprise, the instrument detected a background microwave noise coming from practically every direction in space, without much variation in intensity. They had discovered what is called the "cosmic microwave background radiation."[1] This radiation has been interpreted to be a remnant of the origin of the universe, and its existence is thought to support the Big Bang model of how the universe may have originated. For their discovery, Penzias and Wilson were awarded the Nobel Prize in Physics in 1978.

Microwaves can be generated by various means, generally placed in two categories: solid state devices and vacuum-tube based devices. Solid state microwave devices are based on semiconductors such as silicon or gallium arsenide. They include field-effect transistors (FETs), bipolar junction transistors (BJTs), Gunn diodes, and IMPATT diodes. Specialized versions of standard transistors, developed for higher speed, are commonly used in microwave applications.

Microwave devices based on the vacuum tube operate on the ballistic motion of electrons in a vacuum chamber, under the influence of electric or magnetic fields. They include the magnetron, klystron, traveling wave tube (TWT), and gyrotron.

In addition, microwave frequency bands are designated by specific letters. The designations by the Radio Society of Great Britain are given below.

The term "P band" is sometimes used for ultra high frequencies below the L-band. For other definitions, see Letter Designations of Microwave Bands