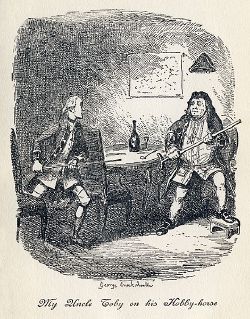 From George Cruikshank's illustrations to Laurence Sterne's Tristram Shandy. Plate V: My Uncle Toby on his Hobby-horse. Hobby-horse, in this case, refers to a particular obsession of a person. In this case, Toby and Trim get caught up with discussions of the military, to the point of acting it out. (Book IV, Chapter XVIII)

A hobby is a spare-time recreational pursuit of certain activities according to one's special concern and interests. The same activity can be considered professional when it is the source of subsistence, but it can be a hobby if it is a recreational pursuit. The absence of the sense of burden for subsistence or feelings of obligation or duty is a characteristic of hobby. One pursues a hobby out of pure enjoyment. Some choose their profession as a continuation or extension of a hobby.

A hobby-horse was a wooden or wickerwork toy made to be ridden by a small child in a similar way one rides a live pony or horse. "To ride one's hobby-horse," became a common expression meaning "to follow one's favorite pastime," and in turn, hobby transformed from an adjective to a noun, in the modern sense of being a recreational pursuit or activity.

Did you know?
The term "hobby" came from "hobby-horse" which was a child's toy

Hobbies are practiced for interest and enjoyment, rather than financial reward. Examples include collecting, creative and artistic pursuits, fixing or tinkering, sports and adult education. Engaging in a hobby can lead to acquiring substantial skill, knowledge, and experience; however, personal fulfillment is the aim.

One man's hobby can be another man's career: for example, a game tester may enjoy cooking as a hobby, while a professional chef might enjoy playing (and helping to debug) computer games. Generally speaking, the person who does something for fun, not remuneration, is called an amateur (or hobbyist), as distinct from a professional.

An important determinant of what is considered a hobby, as distinct from a profession (beyond the lack of remuneration), is probably how easy it is to make a living at the activity. Almost no one can make a living at cigarette card or stamp collecting, but many people find it enjoyable; so it is commonly regarded as a hobby.

Amateur astronomers often make meaningful contributions to the field of astronomy. A hobbyist might be the first to discover a celestial body or event. Much early scientific research was, in effect, a hobby. More recently, Linux began as a student's hobby. A hobby may seem trivial if it appears to be a trend with relatively few followers, but hobbies can be developed into other ventures.

In the UK, the pejorative noun anorak (similar to the Japanese "otaku," meaning a geek or enthusiast) is often applied to people who obsessively pursue a particular hobby.

There are numerous kinds of hobbies. Almost all professional activities can be pursued as a hobby. The following is only a partial list of popular hobbies.

The hobby of collecting consists of acquiring specific items based on a particular interest of the collector. These collections of things are often highly organized, carefully cataloged, and attractively displayed.

Since collecting depends on the interests of the individual collector, it may deal with almost any subject. The depth and breadth of the collection may also vary. Some collectors choose to focus on a specific subtopic within their area of general interest: for example, Nineteenth Century postage stamps, milk bottle labels from Sussex, or Mongolian harnesses and tack. Others prefer to keep a more general collection, accumulating Star Trek merchandise, or stamps from all countries of the world.

Some collections are capable of being completed, at least to the extent of owning one sample of each possible item in the collection (e.g., a copy of every book by Agatha Christie). Collectors who specifically try to assemble complete collections in this way are sometimes called "completists." Upon completing a particular collection, they may stop collecting, expand the collection to include related items, or begin an entirely new collection.

The most popular fields in collecting have specialized commercial dealers who trade in the items being collected, as well as related accessories, and guide books that place monetary values on collectibles, and track important changes in the trend. Many of these dealers started as collectors themselves, then turned their hobby into a for-profit business.

There are some limitations on collecting; someone who has the financial means to collect postage stamps might not be able to collect sports-cars, for example. One alternative to collecting physical objects is collecting experiences of a particular kind. While one person may turn to photography to document their hobby of birdwatching; another may enjoy observation of modes of transportation, e.g., train spotting, aircraft spotting, metrophiles, or bus spotting. A traveler might choose to systematically visit countries, states, national parks, counties, etc. 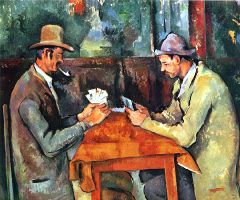 A game is a structured or semi-structured recreational activity, usually undertaken for enjoyment (although sometimes for physical or vocational training). A goal that the players try to reach and a set of rules concerning what the players can or cannot do create the challenge and structure in a game, and are thus central to its definition.

Known to have been played as far back as prehistoric times, games are generally distinct from work, which is usually carried out for remuneration. Because a wide variety of activities are enjoyable, numerous types of games have developed.

What creates an enjoyable game varies from one individual to the next. Age, understanding (of the game), strong memory, intelligence level, and (to some extent) personality are factors that determine which games a person enjoys. Depending on these factors, people vary the number and complexity of objectives, rules, challenges, and participants to increase their enjoyment, including contests and competitions.

Games involve mental and/or physical stimulation. For this reason, they are beneficial after a large meal or a long and tedious task, but some can be counterproductive if played immediately before sleeping. Many games help develop practical skills like hand-eye coordination, and serve as healthful physical exercise. Some games are educational, or involve simulational or psychological role. Memory games are beneficial for children and adults.

One can enjoy sports and/or outdoor activities as a hobby. There are many kinds of sports and one can play any sport as a hobby. Outdoor pursuits can also be loosely considered to be the group of sports and activities which are dependent on the great outdoors, incorporating such things as fishing, hunting, hill walking, trekking, canoeing, kayaking, climbing, caving, and arguably broader categories such as watersports and snowsport. Outdoor sport is also frequently used as an extremely effective medium in experiential education and teambuilding. It is this ethos that has given rise to links with young people, such as the Duke of Edinburgh's Award and PGL, and large numbers of outdoor education centeres being established, as the emphasis on the importance of a balanced and widespread education continues to grow. Depending on the persons' desired level of adrenaline, outdoors can be considered a type of hobby.

As interest increases, so has the rise of commercial outdoor pursuits, with outdoor kit stores opening up in large numbers and thriving, as well as outdoor pursuit journals and magazines, both in print and online.

The increased accessibility of outdoor pursuits resources has resulted in negative publicity over the years also, with complaints of environmental damage or destruction of property. A widely-seen example is the destruction of hillsides as footpaths are eroded by excessive numbers of visitors, especially dirt-bike riders.

Some hobbies result in an end product of various sorts. Examples of this would be woodworking, software projects, artistic projects, creating models out of card or paper called papercraft up to higher end projects like assembling or restoring a car, or building a computer from scratch. While some start out purely as a diversion for the enjoyment of the hobbyist, the resulting products draw the attention of friends or passersby whose requests create a market. At this point a hobby, like raising puppies or tropical fish, or making baby clothes, has the potential to become a small profitable business. Many hobbyists willingly sell some of their artistic creations, to bring in funds to expand their hobby, acquire new skills or obtain new tools.

Cooking is the act of preparing food for human consumption. It encompasses a vast range of methods, tools and combinations of ingredients to improve the flavor or digestibility of food. Cooking requires the selection, measurement and combining of ingredients in an orderly procedure to achieve the desired result. Constraints on success include the availability of ingredients, ambient conditions, tools and the skill of the person cooking.

The diversity of cooking worldwide is a reflection of the myriad nutritional, aesthetic, agricultural, economic, cultural and religious considerations that impact it.

Cooking requires heat applied to food which usually, though not always, chemically transforms it, thus changing its flavor, texture, appearance, and nutritional properties. Cooking proper, as opposed to roasting, requires the boiling of water in a receptacle, and has been practiced at least since the 10th millennium B.C.E. with the introduction of pottery.

Gardening is the art of growing plants with the goal of crafting a purposeful landscape. Residential gardening most often takes place in or about a residence, in a space referred to as the garden. Gardens typically are located on the land near a residence, they may also be located on a roof, in an atrium, on a balcony, in a windowbox, or on a patio or vivarium. 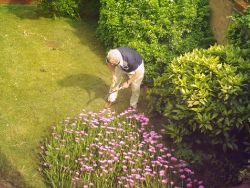 Gardening also takes place in non-residential green areas, such as parks, public or semi-public gardens (botanical gardens or zoological gardens), amusement and theme parks, along transportation corridors, and around tourist attractions and hotels. In these situations, a staff of gardeners or groundskeepers maintains the gardens.

Indoor gardening is concerned with the growing of houseplants within a residence or building, in a conservatory, or in a greenhouse. Indoor gardens are sometimes incorporated as part of air conditioning or heating systems.

Water gardening is concerned with growing plants adapted to pools and ponds. Bog gardens are also considered a type of water garden. These all require special conditions and considerations. A simple water garden may consist solely of a tub containing the water and plant(s); a Japanese style garden may incorporate koi, turtles or other species.

Retrieved from https://www.newworldencyclopedia.org/p/index.php?title=Hobby&oldid=1009209
Categories:
Hidden category:
This page was last edited on 26 January 2018, at 21:53.
Content is available under Creative Commons Attribution/Share-Alike License; additional terms may apply. See Terms of Use for details.