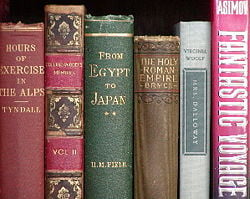 Book collecting is the collecting of books, including seeking, locating, acquiring, organizing, cataloging, displaying, storing, and maintaining books that are of interest to a an individual collector. The love of books is bibliophilia, and someone who loves to read, admire, and collect books is a bibliophile. Bibliophilia is sometimes called bibliomania but should not be confused with the obsessive-compulsive disorder by that name, which involves the excessive accumulation and hoarding of books. A book dealer is one whose profession is the buying and reselling of rare or used books.

Book collecting can be easy and inexpensive: there are millions of new and used books, and thousands of bookstores, including online booksellers like Abebooks, Alibris, and Amazon. Only the wealthiest book collectors pursue the great rarities: the Gutenberg Bible, and Shakespeare's First Folio, for example, are both famous and extremely valuable. Collectors of average means may collect works by a favorite author, first editions of modern authors, or books on a given subject. Book prices generally depend on the demand for a given book, the number of copies available, and their condition. 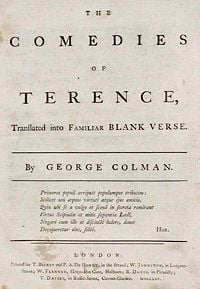 Book collecting is distinct from casual book ownership and the accumulation of books for reading. It can probably be said to have begun with the collections of illuminated manuscripts, both commissioned and second-hand, by the elites of Burgundy and France in particular, which became common in the fifteenth century. Duke Philip the Good of Burgundy appears to have had the largest private collection of his day, with about six hundred volumes. With the advent of printing with movable type books became considerably cheaper, and book collecting received a particular impetus in England and elsewhere during the Reformation when many monastic libraries were broken up, and their contents often destroyed. There was an English antiquarian reaction to Henry VIII's dissolution of the Monasteries. The commissioners of Edward VI plundered and stripped university, college, and monastic libraries, so to save books from being destroyed, those who could began to collect them. 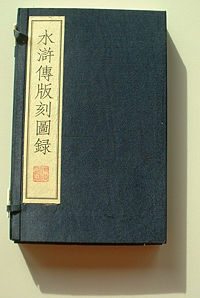 Book collectors often specialize in one or more genres or sub-genres of literature. For example, a reader of fiction, who enjoys Westerns, might decide to collect first editions of Zane Grey's novels. A lover of modern English poetry might collect the works of Dylan Thomas. A Californian who prefers non-fiction might look for books about the history of the San Francisco Bay Area.

Individual interests may include: 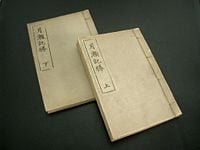 Book prices generally depend on the demand for a given book, the number of copies available for purchase, and the condition of a given copy. As with other collectibles, prices rise and fall with the popularity of a given author, title, or subject.

eBay, and online booksellers like Abebooks, Alibris, and Amazon have profoundly affected the prices of new and used books, generally reducing them. Commercial and private sellers list unused copies of many books that are still in print at their list prices for as little as one cent.

Because of the huge number of books for sale, there is no single comprehensive price guide for collectible books. The prices of the copies listed for sale at the online bookseller sites provide some indication of their current market values. 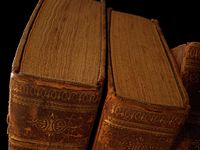 Close-up of the tops of three volumes from Chambaud’s Dictionary of English and French. Leather-bound books are always photogenic.

As with other collectibles, the value of a book ultimately depends on its physical condition. Years of handling, moving, and storage take their toll on the dust jacket, cover, pages, and binding. Books are subject to damage from sunlight, moisture, and insects. Acid from the papermaking process can cause the pages to develop brown spots, called foxing; gradually turn brown, called tanning; and ultimately crumble.

A book in good condition should be a rectangular solid when at rest, whether upright or on its back, with the covers at right angles to the spine. If a book is out of square, usually from resting crooked on a shelf, or leans to the right or left when on its back, it is cocked, or shelf-cocked. If the covers bend in or flare out, usually from rapid humidity changes, a book is bowed (bent like a drawn bow). Thick hardbound books also tend to have their pages sag downward in the middle even if they are sitting level on a shelf.

New books are readily available from bookstores and online. Many bookstores specialize in out-of-print, used, antiquarian, rare and collectible books. Online booksellers, including Abebooks, Alibris, and Amazon, encourage other stores and individuals to sell books through their websites, and charge a commission.

Antique and collectible stores may have a few books for sale. Major auction houses sell quality collectible books, and local auction houses may sell books by the carton. Thrift shops and second-hand stores commonly have book sections. Other sources include estate, yard, garage, or rummage sales and charity fund-raisers.

Retrieved from https://www.newworldencyclopedia.org/p/index.php?title=Book_collecting&oldid=1064546
Categories:
Hidden category:
This page was last edited on 8 February 2022, at 21:50.
Content is available under Creative Commons Attribution/Share-Alike License; additional terms may apply. See Terms of Use for details.