Arnaud Charles Paul Marie Philippe de Borchgrave (October 26, 1926 – February 15, 2015) was a Belgian-American journalist who specialized in international politics. Following a long career with the news magazine Newsweek, covering 17 wars in 30 years as a foreign correspondent, he held key editorial and executive positions with The Washington Times and United Press International.

De Borchgrave interviewed many heads of state, heads of government, monarchs, and key figures of the world, including Saddam Hussein, Benazir Bhutto, the Shah of Iran, and Muammar Gaddafi. His most famous interview was when he and UPI International Consultant Ammar Turabi interviewed co-founder of the Taliban, Mullah Omar, three months before the September 11 attacks. 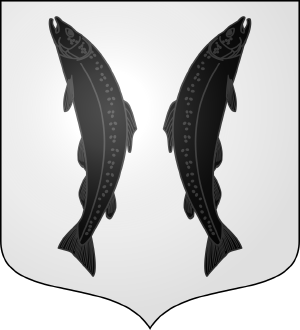 Arnaud de Borchgrave was born in Brussels into the De Borchgrave d'Altena family. He was the son of Belgian Count Baudouin de Borchgrave d'Altena, later head of military intelligence for the Belgian government-in-exile during the Second World War, and his British wife Audrey Dorothy Louise. His mother was the daughter of Major General Sir Charles Townshend and his French wife, Alice Cahen d'Anvers, who was famously painted alongside her sister in Renoir's Pink and Blue. His maternal great-grandfather was Count Louis Cahen d'Anvers, a prominent French banker.[2] He was a descendant of George Townshend, 1st Marquess Townshend, through his second son, Lord John Townshend.[1]

De Borchgrave was educated in Belgium, King's Canterbury, and the United States. As Belgium fell to the German invasion, he and his family escaped on a freighter, being rescued by a British destroyer after the freighter's captain had attempted to divert to Hamburg. He served in the British Royal Navy (1942–1946), from the age of 15, after running away from home, convincing his grandmother to assist in falsifying his age so he could enlist.[3] He was awarded the Médaille Maritime by Belgium.[1]

He gave up his Belgian title of nobility in 1951, but continued to be called the "short count" by Americans and "Monsieur le Comte" in Belgium.[4] He became an American citizen in 1957.[5]

In 1969, following two earlier marriages, de Borchgrave married Alexandra Villard, daughter of the ambassador and author Henry Serrano Villard.[6] She is also a published author, including a biography of her great-grandfather, the railroad tycoon Henry Villard.[7]

In 1947, de Borchgrave was appointed as the Brussels bureau manager for United Press, and in 1950 he became Newsweek's bureau chief in Paris, and then its chief correspondent. In 1953, he became a senior editor for the magazine. Osborn Elliott, former editor-in-chief of Newsweek, once said:

De Borchgrave has played a role in world affairs known to no other journalist. He has been able to tap the thinking of numerous world leaders... despite his intimacy with major policymakers, he has never aligned himself with either side of a dispute.... Arnaud de Borchgrave has made significant contributions to world peace and understanding.[5]

As a correspondent for Newsweek, de Borchgrave secured several interviews with world leaders. In 1969, he interviewed both President Gamal Abdel Nasser of Egypt and Prime Minister Levi Eshkol of Israel. In 1971 he interviewed President Anwar Sadat and Prime Minister Golda Meir.[8] His reports from the Vietnam War covered the period from the French defeat at Dien Bien Phu in 1954 through the fall of Saigon in 1975. In October 1972, he traveled to Hanoi to speak with Prime Minister and Politburo member Pham Van Dong of North Vietnam. In that interview, Dong described a provision of a proposed peace deal as a "coalition of transition," which raised fears in South Vietnam that the deal involved a coalition government and may have played a role in South Vietnam's rejection of the deal.

According to Morley Safer's Flashbacks, de Borchgrave testified before Senator Jeremiah Denton's subcommittee in 1981 that Pham Xuan An, a Time employee and Viet Cong spy based in Saigon, "was an agent whose mission was to disinform the Western press." An denied to Safer that he planted disinformation, saying that his Viet Cong bosses thought it would be too obvious and that they preferred he feed them information instead.[9]

The Washington Times and UPI

Appointed editor-in-chief for The Washington Times on March 20, 1985, de Borchgrave also went on to serve in the late 1990s as CEO of a much-diminished United Press International, the successor to his early-career employer, during the latter part of the agency's ownership by a group of Saudi investors. In that role, de Borchgrave orchestrated UPI's exit from its last major media niche, the broadcast news business that United Press had initiated in the 1930s. He maintained that "what was brilliant pioneering work on the part of UPI prior to World War II, with radio news, is now a static quantity and so far as I'm concerned, certainly doesn't fit into my plans for the future." He sought to shift UPI's dwindling resources into Internet-based delivery of newsletter services, focusing more on technical and diplomatic specialties than on general news. The rump UPI thus sold their client list of its still-significant radio network and broadcast wire to its former rival, the Associated Press.[10]

The following year, de Borchgrave played a key role in the sale of the further downsized UPI to News World Communications, the international news media company founded in 1976 by Unification Church leader Sun Myung Moon, who was also the founder of The Washington Times for which de Borchgrave had worked earlier.

For de Borchgrave, this new ownership was not a problem. He had greatly appreciated the balance restored to journalism in the United States by The Washington Times, which he noted stood "as America's only national daily alternative voice."[11]

After his CEO turn at UPI, de Borchgrave became "Editor-at-Large" of The Washington Times and UPI, writing regular columns published by either or both and retaining associations with both Unification Church media outlets.

De Borchgrave conducted his most famous interview when he and UPI International Consultant Ammar Turabi interviewed Mullah Omar three months before 9/11.[5] This interview offered significant insight for decision and policy makers globally and has been published in different print media multiple times since 2001. UPI considers it as one of its best achievements and included it in UPI's 100 Years of Excellence. This is the only interview with Mullah Omar to be conducted and published.[12]

De Borchgrave was the co-author, with Robert Moss, of the best-selling novel The Spike (1980).

He also served as Project Director for Transnational Threats (TNT) and Senior Advisor for the Center for Strategic and International Studies. He was a contributor to The Globalist, a daily online magazine. De Borchgrave was also on the board of Newsmax Media.[13]

On May 17, 2012, Erik Wemple, a blogger for The Washington Post, reported that de Borchgrave's columns in The Washington Times reflected his think tank work and raised questions about the originality of some of his writing, citing similarities between elements of his columns and other published material. De Borchgrave denied the allegations of plagiarism and claimed that his column was suspended because he was on book leave.[14] Wemple continued to pursue the story, noting that the Center for Strategic and International Studies had announced its own investigation of work de Borchgrave had published under its name.[15]

Others have suggested that de Borchgrave had no desire to steal material, and that the similarities between his columns and other reports were more likely due to the effects of aging.[5]

He also appeared as himself in a 1984 U.S. Information Agency report titled Soviet Active Measures.

De Borchgrave interviewed many heads of state, heads of government, monarchs, and key figures of the world, including groundbreaking interviews with Saddam Hussein, Benazir Bhutto, the Shah of Iran, Ronald Reagan, Charles de Gaulle, Lee Kuan Yew, and Muammar Gaddafi. He also pioneered dialogues between Egypt and Israel by interviewing leaders of both countries.[8]

De Borchgrave befriended kings, presidents, generals and all manner of movers and shakers during his long career, but never risked his journalistic integrity. His political affiliation was well known — de Borchgrave called Ronald Reagan his "personal hero" — but he placed newsgathering above his personal safety and his ideological allegiance.[16]

De Borchgrave received several awards for his foreign reporting, including Best Magazine Interpretation of Foreign Affairs. He received the World Business Council's medal of Honor in 1981, and the George Washington Medal of Honor for Excellence in Published Works in 1985. He was awarded the Commander of the Order of Leopold II by King Baudouin of Belgium in 1990, and Commander of the Order of the Crown by King Albert II in 2008.[8] In July 2014, he was awarded the Legion of Honor, France's highest civilian distinction, recognized as "a World War II hero to whom France is eternally grateful, and one of the most remarkable journalists of our time."[2]

He was passionate in pursuit of the truth. He was also passionate about the importance of America as a land of freedom (freedom of religion, freedom of expression, and freedom to live our life in peace and prosperity), a nation which would protect the world from the threats of tyranny which he had observed first-hand.[11]

De Borchgrave has been called a "luminary of a lost age of journalism."[5] His work was of immeasurable value to the world. He was a journalist of an age now in the past, an age not just of the postwar era, the Cold War, and violent outbreaks in the Middle East, but of a different type of journalism. He was born into an aristocratic Belgian family, left Europe for the United States, renounced his title, and became a journalist who interviewed major leaders and covered wars around the world. Such a life is no longer possible. The question that has been posed is, whether the current and future generations will learn from his example:

Like a rock formed under specific conditions of pressure, Arnaud de Borchgrave was formed by an extraordinary confluence of world affairs, culture, zeitgeist, talent, and luck. It is simply no longer possible to have a life like his. What 21st-century Belgian-born aristocrat would (or could) renounce his title, fight in a world war, eschew a university education, and manage to make a living as a globe-trotting print journalist? The gears of that world stopped moving long ago. We have lost one of its finest ambassadors, but whether we also lost his example is up to us.[5]

Retrieved from https://www.newworldencyclopedia.org/p/index.php?title=Arnaud_de_Borchgrave&oldid=1094548
Categories:
Hidden category:
This page was last edited on 9 January 2023, at 02:27.
Content is available under Creative Commons Attribution/Share-Alike License; additional terms may apply. See Terms of Use for details.