While a number of countries have prep schools as part of their education system, issues raised by this type of system include selectivity and the need for sufficient opportunities to change programs or schools. Private preparatory schools are often seen as the vestiges of the elite and wealthy. Fundamentally, the goal of education is to nurture a young person's growth into mature adulthood, allowing them to achieve mastery in whichever area they have interest and talent, so that they can fulfill their individual potential, relate to others in society as good citizens, and exercise creative and loving dominion over their environment. The preparatory school was established to be part of such a system, particularly focused on those who were able and interested in pursuing higher education. The abuse of the system by the those with wealth of power is unfortunate. As humankind has advanced in many ways, the role of the preparatory school must adapt in order to provide valuable service to society as a whole.

In Europe, preparatory schools originated out of the turmoil from the Protestant Reformation, which helped to dislodge the grip of the Catholic Church on many areas of life, including education. The concept was also inspired and developed based on the new ideals of Humanism. Individual schools that taught and focused more upon rhetoric, grammar, logic, mathematics, astronomy, music, and geometry more than the traditional curriculum of theology began to spring up in the German states.[1] 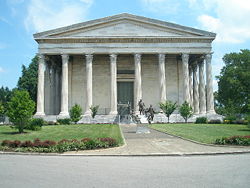 Girard College, Pennsylvania, one of the first preparatory schools in the world for disadvantaged children, with grades 1-12, opened in 1848.

In the United States, preparatory schools were first designed to prepare the male children of wealthy parents for universities. Charging tuition, these schools instructed students in the classical curriculum of Greek and Latin.[2] A rise in the middle class around the beginning of the nineteenth century meant that more and more parents could afford to send their children to universities, which meant that preparatory school enrollment improved as well. While these schools flourished, the establishment of public high schools towards the end of the nineteenth century threatened the survival of preparatory schools, since public schools were free. However, preparatory schools remained in the United States as schools that the wealthy and upper class could send their children to, since these private schools had become more selective.[2] There were a few notable exceptions, such as Girard College, which opened in Pennsylvania in 1848, specifically designed as a preparatory school for disadvantaged students.[3]

From the early twentieth century on, preparatory schools in the U.S. have often been seen as the vestiges of the elite and wealthy. In fact, many of the well known politicians and leaders in America started at preparatory schools and some of the more prestigious universities in America often gave preference to students from prep schools.[4] However, starting in the 1960s, with social pressures to allow all students access to educational opportunities beyond public schools, private preparatory schools accepted more and more students from socio-economic backgrounds different from their historical students. Scholarships are now sometimes awarded to those students who meet the academic qualifications of private schools, but cannot afford to attend. Some private schools now accept international students.[5]

Nearly all preparatory schools in the United States and Canada are private institutions, which means that they are not funded through taxes, nor are they administered by publicly elected school boards. Schools that are religiously affiliated are sometime funded partially or entirely by their church, while some schools must rely upon the tuition they charges as their main source of income. Often times these private schools are run by a governing board of trustees, in conjunction with a headmaster or principal. Religious schools, such as Catholic preparatory schools in the United States, are governed by the Catholic Church. While not administered by the government, these schools must still comply with curriculum requirements and educational standards set by the state.

Some prep schools have living quarters (dormitory and dining room) where students reside; these are known as boarding schools. Most, however, are day schools, and some boarding schools also admit local day students who seek the benefits of the prep school life. Some admit students of only one sex; others are co-educational. Prep schools tend to be selective, and academically challenging. 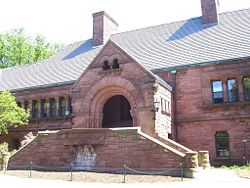 College preparatory schools often have curriculum that is similar to regular high schools, only more intensive. Curricula are determined by what the majority of colleges and universities seek in potential students, such as four years of composition, social studies, mathematics, science, and often a foreign language. Beyond successfully mastering the material of each class, students are encouraged to write, present, and think of the information in ways that they will be as college students, which is one of the main advantages of attending a prep school; while normal high schools tend to focus on students meeting the local and state education requirements, preparatory schools often prepare the student better for the type of studying and work required at a college.[6] Often prep schools will offer Advanced Placement or AP classes, advanced studies that earn students college credit. Preparatory schools often have music and fine arts programs, as well extracurricular activities and clubs that could be considered important for developing student profiles that universities want from freshmen applicants. Sports are often highly valued in prep schools, and college sports coaches often recruit heavily from these students. 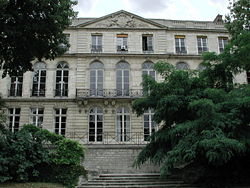 École des Mines, created in 1783 by King Louis XVI, one of the most prominent French engineering schools, one of the grandes écoles

There are also the grandes écoles of France, higher education establishments aside the mainstream framework of the public universities. They include science and engineering schools, business schools, specific humanities schools, but include neither medical institutes, nor architecture institutes nor law institutes. They are generally focused on a single subject area, such as engineering or business, have a moderate size, and are often quite selective in their admission of students. Due to their competitive entrance exams, they are widely regarded as prestigious by students, and traditionally have produced most of France's scientists and executives. Some grandes écoles are part of the more traditional lycee system in French secondary education.

The classes préparatoires aux grandes écoles (CPGE) are a two-year program extensible to three-years, acting as a prep course with the main goal of training undergraduate students for enrollment in a grande école. 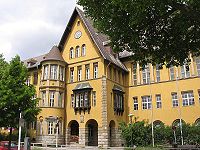 In Germany, the gymnasium constitutes the middle or last tier of secondary education, preparing students to enter university. Deriving from the Greek idea of a school for both physical and intellectual education, the German gymnasium school developed based on ideals of Humanism in a move away from church-dominated theologically based education, and was designed for those students of the highest academic ability.

Originally the gymnasium was designed to provide a broad-based, albeit academically oriented, education. The final examination on completing studies at the gymnasium has been used as the main admissions criterion for German universities. Today, however, students may specialize in more practical areas of study, such as technology, or, in certain vocational gymnasia, combine their studies with vocational training.

In the United Kingdom the term "preparatory school" is used to describe schools which traditionally prepare younger students for independent schools, although not all preparatory-school students continue their education within the independent-education sector, and not all students at independent secondary schools have started theirs at preparatory schools. While many prep schools prepare their students for entry to a range of senior schools, some are closely associated with a single school, as Colet Court is with St Paul's School. Some state grammar schools which are otherwise free have a fee-paying prep department.

Prep schools are for eight to thirteen year olds, when they take Common Entrance Examination for entry into a Public School (under the age of eight, pupils are educated at a "pre-prep" school, which takes the place of a state primary school). Thus, independently educated boys and girls will, from four or five to eight years old, go to a pre-prep school, from eight to 13 years old to a prep school and, from 13 to 18 years old to a public school.[7]

Girls' private schools in England tend to follow the age ranges of state schools more closely than those for boys. Thus, a girls preparatory school will usually admit girls from five to 11 years old who will continue on to public school, with no age 13 intake.