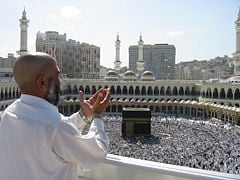 The Five Pillars of Islam refers to "the five duties incumbent on every Muslim," consisting of the shahadah (profession of faith), salat (ritual prayer), zakat (alms tax), sawm (fasting during Ramadan), and hajj (pilgrimage to Mecca).[1][2] Sometimes exceptions are made to some of these duties in exceptional circumstances. The centrality of these pillars signifies the tremendous role that Islam places upon praxis and submission to the will of God. The five pillars affirm that Islam is a religion of active commitment and staunch monotheism. In each case, the ultimate goal is for the adherent to further his or her unwavering submission to the will of the Allah.

The first and most important Pillar of Islam is the affirmation of the shahadah (شهادة, "witness"),[3] a concise credal statement that summarizes the essentials of Muslim belief in a single line: "ašhadu 'al-lā ilāha illā-llāhu wa 'ašhadu 'anna muħammadan rasūlu-llāh" ("I testify that there is no god (ilah) but Allah, and I testify that Muhammad is the messenger of Allah"). It should be noted that Shi'a Muslims append the phrase "... and Ali is the Friend of God" to the shahadah, reflecting their slightly disparate understanding of divine revelation.[4]

This pithy faith statement functions as the foundation for all other beliefs and practices in Islam. It is a major component of all prayers (discussed below) and, when sincerely believed and internalized, represents conversion to the Islamic faith: Ideally, it is thought to book-end the believer's life, as it should be the first thing a newborn will hear and will be recited to them at the time of death.[5][6] It, perhaps more than any of the other pillars, represents the extent to which Islam is centered upon a submission to (and rededication of one's life towards) the divine:

The shahadah must be repeated and lived until the implicit realization has penetrated to the center of [the believer's] being, until through concentration upon the truth, and virtue, the individual substance is transformed and itself made adequate to the truth.[7]

The second pillar of Islam is salat ("prayer," "worship")[8] the requirement to perform five daily prayers at fixed times during the day.[9] Each salah is performed facing towards the Kabah in Mecca, the symbolic center of the faith, and consists of "a set pattern of recitations and bodily movements repeated a set number of times."[10] Salah is intended to focus the mind on Allah; it is seen as a personal communication with the divine, expressing the believer's gratitude and reverence. According to the Qur'an, the benefit of prayer "restrains [one] from shameful and evil deeds."[11] While salah is compulsory, some flexibility is allowed depending on an individual's particular circumstances.[12] For example in the case of sickness or lack of space, a worshiper can offer salah while sitting, or even lying down, and the prayer can be shortened when traveling.[13]

The salah must be performed in the Arabic language to the best of each worshiper's ability. If he or she cannot speak Arabic, then the native language can be used, although any extra prayers (du'a) said afterwards need not be in Arabic. The lines of prayer are to be recited by heart (although beginners may use written aids), and the worshiper's body and clothing, as well as the place of prayer, must be cleansed. All prayers should be conducted within the prescribed time period (waqt) and with the appropriate number of units (raka'ah).[14] While the prayers may be made at any point within the waqt, it is considered best to begin them as soon as possible after the call to prayer is heard.[15]

The importance of ritual purity (tahir) to a practicing Muslim is evidenced by the Prophet’s statement that "the key to paradise is prayer [salat] and the key to prayer is purification."[16] Indeed, if one has been defiled, they are prohibited from taking part in any ritual observances: though "purification is not a part of the ritual of worship itself," it is "preliminary to most acts of Islamic practice."[17] The ablutions that must be performed to achieve this state of purity can be divided into two categories: wudu and ghusl. The former consists of a ritualized washing, during which the Muslim must wet a series of body parts and recite a number of Shahadas in sequence.[18] The later is a ritualized bath whereby the entire body is washed according to a ritual formula, and with a properly pious mindset.[19]

Zakat ("purification"),[20] religiously mandated almsgiving, refers to the Muslim obligation to consign a certain portion of their income to charity. This is considered to be a personal responsibility for all Muslims believers who have the financial means to do so.[21] Further, a Muslim may also donate more as an act of voluntary charity (sadaqah), in order to achieve additional divine reward.[22] It is important to note that attitudinal difference between the practice of zakat and the Western understanding of charity:

In Islam, the giving of alms is seen more as worship, and is the third pillar of Islam. The emphasis is not so much on the objective or the recipient as it is on the act of giving—that is to say, on the donor. In fact, the recipient is technically God Himself, and whoever receives the alms is in theory benefiting not from the generosity of the immediate donor but from the mercy of God. The greater benefit is to the donor. It is good to give away part of one’s money, since it lessens one’s attachment to the rest. Such a donation is said to “purify” what remains. It is also, like the sala, a periodic acknowledgment of one’s duty to God.[23]

There are two main types of zakah: first, there is the zakah al-fitr, which is a fixed amount based on the cost of food, that is paid during the month of Ramadan by the head of a family to support the destitute; second, there is the zakat on wealth, which covers money made in business, savings, income, and so on.[24][25] In current usage, zakat is treated as a 2.5 percent levy on most valuables and savings held for a full lunar year, as long as the total value is more than a basic minimum known as nisab (three ounces or 87.48 g of gold). As of August 31, 2007, nisab is approximately US$1825.00 or an equivalent amount in any other currency.[26] 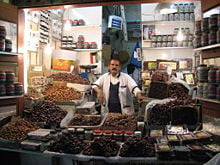 Muslims traditionally break their fasts in Ramadan with dates (like those offered by this date seller in Kuwait City), as was the practice (Sunnah) of Muhammad

Ritual fasting is an obligatory act during the month of Ramadan, when Muslims must abstain from food, drink, and sexual intercourse throughout the day. They are also expected to be especially mindful of other sins.[27] The fast is meant to allow Muslims to seek nearness to Allah, to express their gratitude to and dependence on him, to atone for their past sins, and to remind themselves of their responsibilities to the needy.[28] During Ramadan, Muslims are also expected to put more effort into following the teachings of Islam by refraining from violence, anger, envy, greed, lust, harsh language, and gossip.[29]

Fasting during Ramadan is not obligatory to individuals in several groups for whom it would be excessively problematic. These include pre-pubescent children, those with a medical conditions such as diabetes, elderly people, and menstruating, pregnant or breastfeeding women. Other individuals for whom it is considered acceptable not to fast are those in combat and travelers who intended to spend fewer than five days away from home. However, any fasting that was missed for a non-permanent reason is usually expected to be made up soon afterwards, although the exact requirements vary according to circumstance:[30]

O ye who believe! Fasting is prescribed to you as it was prescribed to those before you, that ye may (learn) self-restraint, (Fasting) for a fixed number of days; but if any of you is ill, or on a journey, the prescribed number (Should be made up) from days later. For those who can do it (With hardship), is a ransom, the feeding of one that is indigent. (Qur'an 2:183-184)

Every able-bodied Muslim who can afford to do so is obliged to make the pilgrimage to Mecca at least once in his or her lifetime.[33]

While the hajj includes many diverse ritual elements (from prayers, to throwing stones at pillars, to circumambulating the Kaaba), the overarching unity of these rituals is to create an atmosphere of sacred time. Thus, the ritual can be seen as a definitive example of a rite of passage, designed to transform the attitudes and world-views of those who perform it:

Few Muslims are unchanged by their experience of the Hajj: on their return to their homes and their normal lives, the religious element of life remains in the foreground, more real than the visible realities of normal life. Forever after, a photograph of the Kabaa reminds the former pilgrim of the intensity of the experience of Hajj, rather as a photograph of a small child warms the heart of its grandparent.[34]