Patrick Victor Martindale White (May 28, 1912 – September 30, 1990) was an Australian author widely regarded as one of the major English-language novelists of the twentieth century; his novels and short stories enjoy wide critical acclaim. His first book, The Ploughman and Other Poems, was published in 1935. His mature works include twelve novels, two short story collections, plays, and non-fiction. He was awarded the 1973 Nobel Prize for Literature. His fiction makes great use of shifting narrative vantage points and the stream of consciousness technique.

Although his parents were Australian, White was born in Knightsbridge, London. The family returned to Australia when he was six months old, settling in Sydney. As a child, he lived in one flat, along with his sister, nanny, and maid, while his parents lived in an adjoining flat. The distance between him and his parents was to remain throughout White’s life. In 1916, at the age of four, White developed asthma, a condition that had taken the life of his maternal grandfather. His health was fragile throughout his childhood, which prevented his participation in many childhood activities. It was here that his imagination began to develop. He would perform private rites in the garden, and would dance for his mother’s friends. He loved the theater, which he first visited at an early age. At the age of ten, White was sent to Tudor House School, a boarding school in the New South Wales highlands, in an attempt to calm his asthma. It took him some time to adjust to the presence of other children. At boarding school, he started to write plays. At this early age, he took to writing about noticeably adult themes. In 1924, the boarding school ran into financial trouble, and the headmaster suggested that White be sent to boarding school in England, a suggestion to which his parents acceded.

White struggled to adjust to his new surroundings at Cheltenham College, his new school. He was later to describe it as "a four-year prison sentence." White withdrew inside himself and had few friends there. Occasionally, he would holiday with his parents to other European locations, but their relationship remained distant. In London, he did make one close friend, Ronald Waterall, an older, effeminate boy with similar interests. White’s biographer, David Marr, wrote that they would walk arm in arm to London shows, stand around stage doors to catch a glimpse of their favorite stars and give practical demonstrations of chorus girls’ high kicks, with appropriate noises. When Waterall left school, White withdrew into himself again. He asked his parents if he could leave school to become an actor, and they compromised, allowing him to finish school early on the condition that he came home to Australia first, to try life on the land.

White spent two years working as a stock man at Bolaro, a 73 km² station on the edge of the Snowy Mountains in New South Wales. His parents felt that he should work on the land rather than become a writer; they hoped that once he became a jackaroo, his artistic ambitions would fade. White grew to respect the land, and his health started to improve. However, it was clear that he was not cut out for this life.

From 1932 to 1935, White lived in England, studying French and German literature at King's College, Cambridge. He did not enjoy his first term there, because he fell in love with a young man who had come to King's to become an Anglican priest, but dared not speak of his feelings, for fear of losing the friendship. Like many homosexual men of that period, he feared that his sexuality would doom him to a lonely life. Then one night, the student priest, after an awkward liaison with two women, admitted to White that women meant nothing to him sexually; this became White’s first love affair.

While at Cambridge University, a collection of his poems was published under the title The Ploughman and Other Poems, and wrote a play that was performed by an amateur group. White received his Bachelor of Arts in 1935, briefly settling in London, where he lived in an area that was frequented by artists. Here, he thrived for a time, writing several unpublished works and reworking a novel, Happy Valley, that he had written while jackarooing. In 1937, White’s father died, leaving him ten thousand pounds. This enabled him to write full-time in relative comfort. Two more plays followed, before he succeeded in finding a publisher for Happy Valley. The novel was well received in London, but poorly received in Australia. He wrote another novel, Nightside, but abandoned it after receiving negative comments. He later spoke of regretting that he had not finished it.

Towards the end of the 1930s, White spent some time in the United States, including Cape Cod, Massachusetts, and New York City, where he wrote The Living and the Dead. By the time World War II broke out, he had returned to London and joined the Royal Air Force. He was accepted as an intelligence officer, and was posted to the Middle East. He served in Egypt, Palestine, and Greece before the war was over. While in the Middle East, he had an affair with an officer, Manoly Lascaris, who was to become his life partner.

The growth of White's writing career

After the war, he returned to Australia once again, buying an old house in Castle Hill, New South Wales, in the semi-rural outskirts of Sydney. Here, White settled down with Manoly Lascaris, the officer he had met during the war. They lived there for 18 years, selling flowers, vegetables, milk, and cream. During these years, he started to make a reputation for himself as a writer, publishing The Aunt's Story and The Tree of Man, which was published in the United States in 1955 and shortly after in England. The Tree of Man was released to rave reviews in the U.S., but, in what was to become a typical pattern, was panned by Australian critics. White had doubts about whether to continue writing, after his books were largely ignored in Australia (three of them having been called "un-Australian" by critics), but decided to keep going. His first breakthrough in Australia came when his next novel, Voss, won the inaugural Miles Franklin Literary Award.

In 1961, White published Riders in the Chariot. This was to become a bestseller, and won him a second Miles Franklin Award. In 1963, White and Lascaris decided to sell the house at Castle Hill that they had named "Dogwoods." During the 1960s, several of his published works depicted the fictional town of Sarsaparilla; these works include the collection of short stories, The Burnt Ones, and the play, The Season at Sarsaparilla. By now, he had clearly established his reputation as one of the world's great authors. However, he remained an essentially private person, resisting opportunities for interviews and public appearances, although his circle of friends had widened significantly.

In 1968, White wrote The Vivisector, a character portrait of an artist. Many people drew links to his friend, artist Sidney Nolan, but White always vehemently denied that it was about Nolan. Around this time, he decided that he would not accept any more prizes for his work. He declined both the $10,000 Britannia Award and another Miles Franklin Award. White was approached by Harry M. Miller to work on a screenplay for Voss, but nothing came of it. He became an active opponent of literary censorship and joined a number of other public figures in signing a statement of defiance against Australia’s decision to participate in the Vietnam War.

In 1973, he was rewarded with a Nobel Prize for Literature, "for an epic and psychological narrative art, which has introduced a new continent into literature." White had his friend, painter Sidney Nolan, travel to Stockholm to accept the prize on his behalf. The announcement of the award had immediate effects on his career: His publisher doubled the print run for The Eye of the Storm, and gave him a larger advance for his next novel. He used the money from the prize to establish a trust for the Patrick White Award. This annual award is for writers who have been highly creative over a long period, but have not received adequate recognition. White was also made Australian of the Year. In typical fashion, his acceptance speech told Australians to spend the day reflecting on the state of the country. 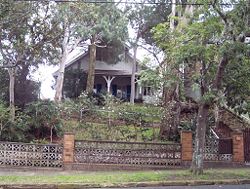 He supported Gough Whitlam's Labor government of 1972 to 1975, and after Whitlam was ousted in the 1975 constitutional crisis, he became particularly anti-royalist. He made a rare appearance on national television to make his views known.

During the 1970s, White’s health began to deteriorate—his teeth were crumbling, his eyesight was failing, and he had chronic lung problems. In 1979, his novel The Twyborn Affair, was short-listed for the Booker Prize, but White requested that it be removed, to give younger writers a chance. Soon after, White announced that he had written his last novel, and in the future, he would only write for radio or the stage.

In 1981, White published his autobiography, Flaws in the Glass: A Self-Portrait, which explored several issues he had said little about publicly beforehand, such as his homosexuality and his refusal to accept the Nobel Prize personally. On Palm Sunday, 1982, White addressed a crowd of 30,000 people, calling for a ban on uranium mining and for the destruction of nuclear weapons.

In 1986, he published one last novel, Memoirs of Many in One, though it was curiously attributed to Alex Xenophon Demirjan Gray, edited by Patrick White. In the same year, his novel Voss was turned into an opera. White refused to see it when it was first performed at the Adelaide Festival, because Queen Elizabeth II had been invited. He instead chose to see it in Sydney. In 1987, White wrote Three Uneasy Pieces, including his musings on aging and human efforts to achieve aesthetic perfection. When David Marr finished his biography of White in July 1990, White sat with him for nine days going over the details. He died two months later, on September 30, 1990.