A national library is a library specifically established by the government of a country to serve as the preeminent repository of information for that country. Unlike public libraries, these rarely allow citizens to borrow books. Often, they include numerous rare, valuable, or significant works.

The first national libraries had their origins in the royal collections of the sovereign or some other supreme body of the state. National libraries are usually notable for their size, compared to that of other libraries in the same country. Some states that are not independent but wish to preserve their particular culture have established a national library with all the attributes of such institutions, such as a legal deposit.

National libraries of Europe participate in The European Library. This is a service of The Conference of European National Librarians (CENL).

The Library of Congress is the de facto national library of the United States and the research arm of the United States Congress. Located in three buildings in Washington, D.C., it is the largest by shelf space and one of the most important libraries in the world. Its collections include more than 30 million catalogued books and other print materials in 470 languages; more than 58 million manuscripts; the largest rare book collection in North America, including a Gutenberg Bible (one of only four perfect vellum copies known to exist)[1]; over one million US Government publications; one million issues of world newspapers spanning the past three centuries; 33,000 bound newspaper volumes; 500,000 microfilm reels; over 6,000 comic book[2] titles; the world's largest collection of legal materials; films; 4.8 million maps; sheet music; 2.7 million sound recordings; more than 13.7 million Prints & Photographs images including fine and popular art pieces and architectural drawings; the Betts Stradivarius; and the Cassavetti Stradivarius. The head of the Library is the Librarian of Congress, James H. Billington.

The United States National Library of Medicine (NLM), operated by the United States federal government, is the world's largest medical library.[3] The collections of the National Library of Medicine include more than seven million books, journals, technical reports, manuscripts, microfilms, photographs, and images on medicine and related sciences, including some of the world's oldest and rarest works.

Since 1879, the NLM has published the Index Medicus, a monthly guide to articles in nearly five thousand selected journals. The last issue of Index Medicus was printed in December 2004, but this information is offered in the freely accessible PubMed amongst the more than fifteen million MEDLINE journal article references and abstracts going back to the 1960s and 1.5 million references going back to the 1950s.

The NLM also runs the National Center for Biotechnology Information (NCBI) which houses biological databases freely accessible over the Internet through the Entrez search engine and PubMed.

The Toxicology and Environmental Health Program (TEHIP), established at the NLM in 1967, is charged with developing computer databases compiled from the medical literature and from the files of governmental and nongovernmental organizations.[4] TEHIP has implemented several information systems for chemical emergency response and public education, such as the Toxicology Data Network (TOXNET), TOXMAP, Tox Town, Wireless Information System for Emergency Responders (WISER), Toxmystery, and the Household Products Database. These resources are accessible without charge on the Web.

The Extramural Programs Division provides grants to support research in medical information science and to support planning and development of computer and communications systems in medical institutions. Research and publications in the history of medicine and the life sciences are also supported.

The library operates the Agricola database of scientific literature.

The National Agricultural Library houses several specialized information centers, which provide access to comprehensive and essential information resources focusing on the specific aspects of agricultural subjects. In addition to the general reference services available at NAL, each center offers Internet access to resources enhancing information availability and dissemination. The centers have staff available to serve customers on-site as well as by phone, fax or email. The Information Centers at the National Agricultural Library include: 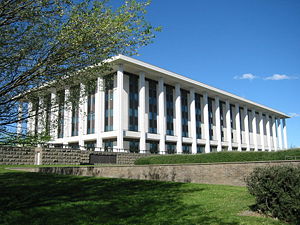 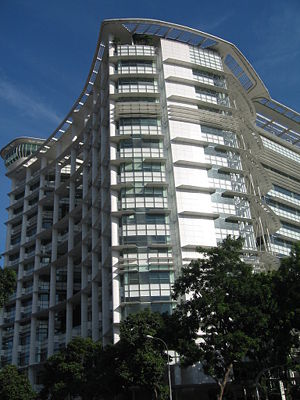 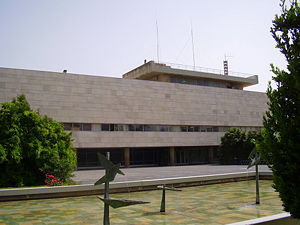 The Jewish National and University Library in Jerusalem.

Some countries implement "legal deposit" laws. In the United Kingdom the Legal Deposit Libraries Act 2003 restates the Copyright Act 1911, that one copy of every book published there must be sent to the national library (the British Library); five other libraries (the Bodleian Library at Oxford University, the Cambridge University Library, the National Library of Scotland, the Trinity College Library, Dublin, and the National Library of Wales) are entitled to request a free copy within one year of publication. The international nature of the book publishing industry ensures that all significant English language publications from elsewhere in the world are also included.

A similar system exists in France with respect to the National Library of France; a similar system also exists in Canada with respect to its national library, known as Library and Archives Canada, and in Quebec, the Bibliothèque et Archives nationales du Québec which has been entitled to two copies (for publications retailing at less than $250), or one copy (for publications retailing at $250 or above) of books published in Quebec since 1968.

Since 1661, the Swedish Royal Library has been entitled to a copy of all works published in Sweden.

Other countries, like the United States, do not follow this requirement. The United States does, however, require that any publisher submit two copies of a copyrightable work to United States Copyright Office at the Library of Congress—this is known as mandatory deposit—but the Library is selective about which works it retains. The international nature of the book publishing industry ensures that all significant English language publications from elsewhere in the world are also included. It also has the Federal depository libraries, which must receive a copy of all of the publications of the Government Printing Office.

In addition to having a law requiring publishers to deposit books, those countries with legal deposits usually have many other incentives for a proper and speedy deposit, such as a tie-in with laws affecting copyright of the same documents, and/or a cataloguing- in- publication service.

About three million new English-language books are retained by the British Library and Library of Congress each year.

One of the main goals of a national library is to fulfill their nation's part in following the common international goal of universal bibliographic control, by ensuring the bibliographic control of all the books or book-like documents published in, or pertaining to, that particular country.

The first part of the goal is usually achieved through the means of legal deposit laws or (as is the case of the United States) by a host of different programs such as a cataloguing in publication service. By this service, the Library of Congress gives a complete catalogue entry of a book to any publisher who sends a final draft or some form of galley proof of a book currently in production. Other national libraries offer similar services or enforce mandatory practices similar to this.

The second part of the goal is achieved by thorough acquisition programs and collection development policies that target book markets in other nations, which foster international cooperation with other countries with national libraries who have national bibliographic control as one of their goals. Exchange and access protocols are defined permitting these countries to read each other's catalogues and to standardize catalogue entries, thus making it easier for each national library to become aware of every possible published document which might concern their country.

Another one of the main goals of many national libraries is the "export aspect" and the collaborative aspect of the universal bibliographic control of all the books in the world. This is done by the exchanges and accords mentioned in the previous section, and also by fostering the creation of standard conceptual tools such as library classification systems and cataloguing rules. The most commonly used of these tools is the International Standard Bibliographic Description or ISBD. It applies to books and periodicals, but also has variants for other book-like material such as the ISBD (ER) for Electronic Resources or digital documents or the ISBD (A) for Antiquarian documents, which were published after the birth of printing but before the industrial era of publishing, which started in the 1820s.

Retrieved from https://www.newworldencyclopedia.org/p/index.php?title=National_library&oldid=1086936
Categories:
Hidden category:
This page was last edited on 11 November 2022, at 15:13.
Content is available under Creative Commons Attribution/Share-Alike License; additional terms may apply. See Terms of Use for details.