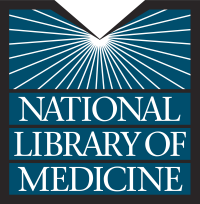 The United States National Library of Medicine (NLM), operated by the United States federal government, is the world's largest medical library,[1] located on the campus of the National Institutes of Health in Bethesda, Maryland. The collections of the National Library of Medicine include more than seven million books, journals, technical reports, manuscripts, microfilms, photographs, and images on medicine and related sciences, including some of the world's oldest and rarest works. 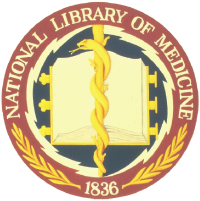 MEDLINE, NLM’s bibliographic database, holds over 16 million indexes to more than 5,000 life science journals published in the U.S. and over 80 countries. The database is free to the public and the index covers articles published from 1949 to the present. Although the NLM does not lend books to individuals, it lends books through interlibrary loans. 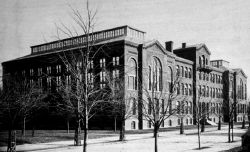 The Army Medical Museum and Library building housed the US Army's medical library from 1887 until 1956. "Old Red," as it was affectionately known, was located on the National Mall in Washington, DC. It was razed in 1969.

In 1867, the Library, along with the new Surgeon General's office, was moved to Ford's Theater, site of the tragic assassination of President Abraham Lincoln in April 1865. (The theater had been closed and remodeled in the intervening two years.) The new Office/Library site was taken over by the U.S. Army to house a cluster of important post-Civil War medical activities of the Surgeon General's Office. The most significant were the archive of Civil War medical records (essential for verification of veterans' pension claims), the Army Medical Museum (now the National Museum of Health and Medicine), the editorial offices for preparation of the multi-volume Medical and Surgical History of the War of the Rebellion, and the Library of the Surgeon General's Office. 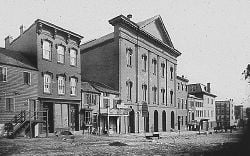 The library published its first list of bibliographies in 1869 and in 1871, they decided to develop its collection nationally. The library's goal was to "contain every medical book published in this country and every work relating to public health and state medicine." This collection would be "as complete as possible in all publications relating to military organizations, medicine, and allied sciences." The library strove to provide "an universal library of references." In 1879 the library began publishing Index Medicus, a periodical listing the titles of current medical articles, books, reports, and other medical literature. This achievement, as well as the creation of the Index Catalogue of the Surgeon General's Office (1880), was largely the legacy of Dr. John Shaw Billings, Director of the Library from 1865 to 1895.

When the Army's needs outgrew the capacity of the former theater, several of the units were moved in 1887 to a new building, the Army Medical Museum and Library, on the nearby National Mall (7th Street and South B Street (now Independence Avenue], SW, the present site of the Smithsonian's Hirshhorn Museum).

In 1922, the library was renamed the "Army Medical Library" (AML). In 1927, using funds from the Carnegie Institute, Index Medicus merged with the Quarterly Cumulative Index forming the Quarterly Cumulative Index Medicus. From 1937 until 1942, the library ran a program, "Medicofilm," which provided microfilm access to medical literature to patrons. In 1941 the library published The Current List of Medical Literature a "rapid finding aid" to all current articles and microfilm copies in the library's possession.

The AML administration opposed a proposed reorganization and created the Association of Honorary Consultants to the Army Medical Library as a lobbying group to keep the facility within the U.S. Army. Chauncey Leake headed the group and important contributions were made by Michael DeBakey, Joseph McNinch and Harold W. Jones. A transfer to the Public Health Sevice (PHS) was strongly opposed, with one alternative being incorporation under the Smithsonian Institution. In 1952, the facility was renamed the "Armed Forces Medical Library."

On March 13, 1956, Senators Lister Hill and John F. Kennedy submitted Bill S.3430 to Congress, which promoted "the progress of medicine and advanced national health and welfare by creating the National Library of Medicine." On August 3, 1956, President Dwight D. Eisenhower signed the legislation which transformed the “Armed Forces Medical Library” into the "National Library of Medicine." The Library collection was thus transferred from the control of the United States Department of Defense to that of the PHS of the Department of Health, Education and Welfare.

Since 1879, the NLM has published the Index Medicus, a monthly guide to articles in nearly five thousand selected journals. The last issue of Index Medicus was printed in December 2004, but this information is offered in the freely accessible PubMed amongst the more than fifteen million MEDLINE journal article references and abstracts going back to the 1960s and 1.5 million references going back to the 1950s.

The NLM also runs the National Center for Biotechnology Information (NCBI) which houses biological databases freely accessible over the Internet through the Entrez search engine and PubMed.

The Toxicology and Environmental Health Program (TEHIP), established at the NLM in 1967, is charged with developing computer databases compiled from the medical literature and from the files of governmental and nongovernmental organizations.[2] TEHIP has implemented several information systems for chemical emergency response and public education, such as the Toxicology Data Network (TOXNET), TOXMAP, Tox Town, Wireless Information System for Emergency Responders (WISER), Toxmystery, and the Household Products Database. These resources are accessible without charge on the Web.

The Extramural Programs Division provides grants to support research in medical information science and to support planning and development of computer and communications systems in medical institutions. Research and publications in the history of medicine and the life sciences are also supported.

Index Medicus (IM) was a comprehensive index of medical journal articles, published between 1879 and 2004. It was initiated by Dr John Shaw Billings, head of the Library of the Surgeon General's Office, United States Army. This library later evolved into the United States National Library of Medicine.

Publication began in 1879, and it continued monthly through 1926, with a hiatus between 1899 and 1902. A similar index, the Bibliographia medica was published in this period by the Institut de Bibliographie of Paris. In 1927 Index Medicus was amalgamated with the American Medical Association's Quarterly Cumulative Index to Current Literature (QCICL) as the Quarterly Cumulative Index Medicus (QCIM), which the AMA continued to publish until 1959. From 1960 to 2004 it was published by the National Library of Medicine under the name Index Medicus/Cumulated Index Medicus (IM/CIM).

The last issue of Index Medicus was published in December 2004 (Volume 45). The stated reason for discontinuing the printed publication was that online resources such as PubMed had supplanted it.[3] The Medical Subject Headings thesaurus continues to be published.[4]

PubMed is a free search engine for accessing the MEDLINE database of citations and abstracts of biomedical research articles. The core subject is medicine, and PubMed covers fields related to medicine, such as nursing and other allied health disciplines.

NLM developed the National Library of Medicine classification system. It is a library indexing system covering the fields of medicine and preclinical basic sciences. The NLM classification is patterned after the Library of Congress (LC) Classification system: alphabetical letters denote broad subject categories which are subdivided by numbers.The Medical Subject Headings thesaurus continues to be published.[5] For example, QW 279 would indicate a book on an aspect of microbiology or immunology.

NLM created and keeps updating Medical Subject Headings (MeSH), a controlled vocabulary (or metadata system) for the purpose of indexing journal articles and books in the life and health sciences. MeSH is used by the MEDLINE/PubMed article database and by NLM's catalog of book holdings.