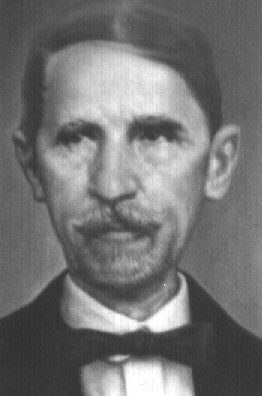 Juan Pablo Duarte y Díez (January 26, 1813 - July 15, 1876) was a nineteenth century visionary and liberal thinker along with Francisco del Rosario Sanchez and Ramón Matías Mella, and is widely considered the architect of the Dominican Republic and its independence from Haitian rule in 1844. His aspiration for the Spanish-speaking portion of the Hispaniola Island was to help create a self-sufficient nation established on the liberal ideals of a democratic government. The highest mountain in the Caribbean (Pico Duarte), a park in New York City, and many other noteworthy landmarks carry his name suggesting the historical importance Dominicans have given to this man.

His vision for the country, formerly Spain's oldest colony, was quickly undermined by the conservative elites, who sought to align the new nation with colonial powers and turn back to traditional regionalism. Nevertheless, his democratic ideals, although never fully fleshed-out and somewhat imprecise, have served as guiding principles, albeit mostly in theory, for most Dominican governments. His failures made him a political martyr in the eyes of subsequent generations. The subsequent turbulent history of the Republic, which has seen tyrants and dictators and United States intervention to restore order suggests that there was lack, despite Juan Pablo Duarte's best efforts and heroic struggle, a shared vision of a the new government should be structured. Without such a vision, too many revolutions shed blood and sacrifice lives without actually achieving their goal of freedom, justice, and equality.

In 1801, Duarte’s future parents, Juan José Duarte and Manuela Díez Jiménez, emigrated from the Spanish colony on Hispaniola to Mayagüez, Puerto Rico. They were evading the imposition of French rule over the eastern side of the island. This transformation of the island’s colonial experience became apparent when Toussaint Louverture, governor of the French colony of Saint Domingue (which occupied the western side) took control of the Spanish side as well. At the time, France and Saint Domingue were going through exhaustive social movements, namely, the French and the Haitian revolutions (French Revolution and Haitian Revolution). In occupying the Spanish side the legendary Black governor was following the indications accorded by the governments of France and Spain in the Peace of Basel signed in 1795. Upon arrival in Santo Domingo, Louverture immediately restricted slavery (complete abolition of slavery on the eastern Hispaniola will come in 1822), and in addition began converting the old Spanish colonial institutions into French Revolutionary venues of liberal government. Although expected and legally proper since 1795, this change of colonial masters prompted many Whites, like the Duartes, to take flight toward neighboring Spanish colonies. Puerto Rico was still a Spanish colony, and Mayagüez, being so close to Hispaniola, just across the Mona Passage, had become a refuge for the like of the Duartes and those Spanish colonists who did not accept the new French rule. Most scholars assume that the Duartes’ first son, Vicente Celestino, was born here at this time on the eastern side of the Mona Passage. The family returned to Santo Domingo in 1809, however, after the success of the War of Reconquista (Santo Domingo) when the eastern side of Hispaniola was, once again, a Spanish colony, albeit, one with little attention from the metropolis, and thus the name "España Boba." They took up residence on the western bank of the Ozama River, in the La Atarazana zone, which today is within the municipal limits of the Dominican Capital, Santo Domingo, where Juan Pablo was born in January 26, 1813.[1]

The struggle for independence

In 1821, when Duarte was eight years-old, the Creole elite of Santo Domingo, proclaimed its independence from Spanish rule, and renamed the former Spanish colony on Hispaniola, Spanish Haiti. The most prominent leader of the coup against the colonial government was one of its former supporters, José Núñez de Cáceres. The select and privileged group of individuals he represented were tired of being ignored by the Crown, and some were also concerned with the new liberal turn in Madrid. Their deed was not an isolated event. The 1820s was a time of profound political changes throughout the entire Spanish Atlantic World, which affected directly the lives of petite bourgeoisie like the Duartes. It began with a demoralizing conflict between Spanish royalists and liberals in the Iberian Peninsula, which is known today as the Spanish Civil War, 1820–1823. American patriots in arms, like Simón Bolivar in South America, immediately reaped the fruits of the metropolis’ destabilization, and began pushing back colonial troops, like what happened in the Battle of Carabobo, and then in the consequential Battle of Ayacucho. Even conservative elites in New Spain (like Agustín de Iturbide in Mexico), who had no intention of being ruled by Spanish anticlericals, moved to break ties with the crown in Spain. However, the 1821 emancipatory events in Santo Domingo were to be different from those in the continent because they will not last. Historians today call this elite’s brief courtship with sovereignty, the Ephemeral Independence. Although he was not much aware of what was going on at this time because of his young age, Juan Pablo Duarte was to look back at this affair with nostalgia, wishing that it would have lasted.

The Cáceres' provisional government requested support from Simón Bolivar's new republican government, but it was ignored. Neighboring Haiti, a former French colony that was already independent, decided to invade the Spanish side of the island. This tactic was not new. It was meant to keep the island out of the hands of European imperial powers and, thus, a way to safeguard the Haitian Revolution. Haiti's president Jean-Pierre Boyer sent an invasion army that took over the eastern (Spanish) portion of Hispaniola (La Española). Haiti then abolished slavery once and for all, and occupied and absorbed Santo Domingo into the Republic of Haiti. Struggles between Boyer and the old colonial elite, helped produce a mass migration of planters and resources. It also led to the closing of the university, and eventually, to the elimination of the colonial elite and the establishment of a new bourgeoisie dominant class in alignment with the liberal Haitian government. Following the bourgeoisie custom of sending promising sons abroad for education, the Duartes' sent Juan Pablo to the United States and Europe in 1828. On July 16, 1838, Duarte and others established a secret patriotic society called La Trinitaria, which helped undermine Haitian occupation. Some of its first members included Juan Pablo Duarte, Juan Isidro Pérez, Pedro Alejandro Pina, Jacinto de la Concha, Félix María Ruiz, José María Serra, Benito González, Felipe Alfau, and Juan Nepomuceno Ravelo. Later, he and others founded another society, called La Filantrópica, which had a more public presence, seeking to spread veiled ideas of liberation through theatrical stages. All of this, along with the help of many who wanted to be rid of the Haitians who ruled over Dominicans led to the proclamation of independence on February 27, 1844 (Dominican War of Independence). However, Duarte had already been exiled to Caracas the previous year for his insurgent conduct. He continued to correspond with members of his family and members of the independence movement. Independence could not be denied and after many struggles, the Dominican Republic was born. A republican form of government was established where a free people would hold ultimate power and, through the voting process, would give rise to a democracy where every citizen would, in theory, be equal and free. Therefore, with its flag and beautiful coat of arms, declaring "God, Fatherland, and Freedom," all of these inspired, evoked, and expressed by Duarte came into being a country that would soon owe this one man its existence, who gave his fortune and the very best of his life to the cause he fervently believed in.[1][2]

Duarte was supported by many as a candidate for the presidency of the new born Republic. Mella, wanted Duarte to simply declare himself president. Duarte never giving up on the principles of democracy and fairness he lived by would only accept if voted in by a majority of the Dominican people. However the forces of those favoring Spanish sovereignty as protection from continued Haitian threats and invasions, led by general Pedro Santana a large landowner from the eastern lowlands, took over and exiled Duarte. In 1845, Santana exiled the entire Duarte family. Santana was awarded the hereditary title of Marqués de las Carreras by the Spanish Queen Isabel II and died soon after.[3]

Juan Pablo Duarte, then living in Venezuela was made the Dominican Consul and provided with a pension to honor him for his sacrifice. But even this after some time was not honored and he lost commission and pension. He, Juan Pablo Duarte, the poet, philosopher, writer, actor, soldier, general, dreamer and hero died nobly in Caracas, Venezuela, at the age of 63.[4] His remains were transferred to Dominican soil in 1884, ironically by president (dictator) Ulises Heureaux a man of Haitian descent, and were given a proper burial with full honors. He is entombed in a beautiful mausoleum at the Count's gate alongside Sanchez and Mella, who at that spot fired the rifle shot that propelled them into legend. His birth is commemorated by Dominicans every January 26.

Juan Pablo Duarte struggled for Dominican independence twice, once from imperial Spain and later from the rule of Haiti.[5] Duarte is remembered for commencing the fight for Independence in the Dominican Republic. His efforts are memorialized in the names of various national landmark's, including the country's tallest peak. Duarte's fierce stand for independence ironically led to his minimization after the country won its eventual freedom from outside rule, as he found him self inadequately prepared for the political dealings that were to follow.[1] Despite this fact, Duarte's push for Dominican independence is important and should be remembered for its impact. Duarte took a stand against the tyrannical and oppressive rule of foreign nations over his native land and forged ahead for a more democratic world. His efforts are, thus, memorialized as an example of the need to strive for freedom even when realizing such cannot always be fully realized.

For much of the twentieth century, the government of the Dominican Republic was unsettled and very often non-representative, falling short of Juan Pablo Duarte's vision for the governance of his country. In 1965, U.S. Marines landed in the Dominican Republic to restore order, where they were later joined by troops under the Organization of American States. After supervising an election, the soldiers left. The problem with the independence movement in the former Santo Domingo colony was, despite Juan Pablo Duarte's best efforts and heroic struggle, lack of a shared vision of a how just and fair government should be structured. Without such a vision, too many revolutions shed blood and sacrificed lives without actually achieving the goal of freedom, justice, and equality.

Retrieved from https://www.newworldencyclopedia.org/p/index.php?title=Juan_Pablo_Duarte&oldid=1080517
Categories:
Hidden category:
This page was last edited on 30 September 2022, at 12:08.
Content is available under Creative Commons Attribution/Share-Alike License; additional terms may apply. See Terms of Use for details.