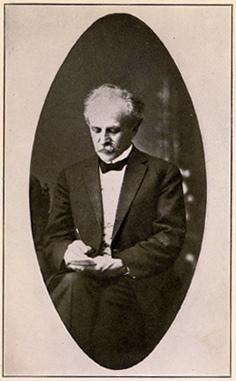 Horace Grant Underwood (July 19, 1859 – October 12, 1916), one of the earliest Protestant missionaries sent to the Joseon Kingdom (now Korea), by the American Presbyterian Mission Board, arrived in the country in 1885, just a few years after the 1882 Treaty of Amity and Trade between Korea and the United States, which promised protection for missionaries working in Korea. During his 31 years of ministry, working primarily as an educator, Underwood published one of the earliest written Korean-English dictionaries written, and devoted a great deal of time and energy to educational ventures, including a founding role in the college that later grew into Yonsei University, one of Korea’s premier educational institutions today.

Horace Underwood was born in London, and immigrated with his family to the United States when he was 13. He graduated from New York University in 1881, and then attended the Dutch Reformed Theological Seminary, during which time he felt a calling to become a missionary. Expecting he would be sent to India, where mission activity was very strong in the mid-nineteenth century, he studied medicine for one year in preparation. When the Mission Board sent him out in December 1884, they decided, instead of India, to send him to a new mission territory, the little-known kingdom of Korea.

When he arrived in the waters near Korea, the country convulsed in a state of unrest and he had to wait a few months in Japan before it was safe to enter Korea. He made use of his time in Japan in further missionary training, and learning the Korean language studying with a Korean Christian named Lee Sujung who was living in Yokohama. Before leaving for Korea he received a copy of Lee's translation of the Gospel of Mark. Finally, on Easter Sunday, April 5, 1885, Underwood arrived in his mission country. Since the Korean government had not yet given permission to conduct missionary activities, he worked at fellow missionary Horace Allen's Gwanghyewon medical center as an instructor in Physics and Chemistry. 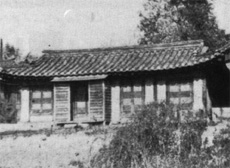 Underwood's secret baptism of local convert No Tosa on July 11, 1886 signaled the substantial beginning of American evangelical mission activity in Korea. In 1887, Underwood established the Jeongdong Church, now known as the Saemoonan Church in Seoul. He started with 14 members, many of whom had been converted to Christianity by Soh Sangyun, the first Korean Protestant minister, who had been baptized by Scottish missionary John Ross in Manchuria before protestant mission work began in Korea. After establishing the Jeongdong Church, Underwood made three major evangelical tours throughout the Korean peninsula. Throughout his work in Korea, Horace Underwood focused on creating educational opportunities for the people he met in his mission work.

About a year after arriving, Underwood formed an orphanage, which eventually became Gyeongsin High School, one of the earliest schools offering educational opportunities for Korea’s commoners; in nineteenth-century Korea education was only available for the sons of upper class families. Continuously concerned about the need for good education for the Korean people, as the mission work expanded he created elementary schools in each new district. He also set to work refining the Korean translation of the Gospel of Mark that he had received from Lee Sujung. From 1887, he served on a board of Bible translators along with Henry G. Appenzeller and others; together the board completed a Korean translation of the New Testament by 1900. He published his first Korea/English and English/Korean dictionaries in 1890, and a Korean hymnal Chan-yang-ga, in 1894.

While working in Korea, he met and married a fellow missionary, Miss Lilias Horton, MD, who had been sent to Korea by the Presbyterian Mission Board following Queen Min's request for a female physician. He was accompanied by his new bride on his third missionary tour of Korea in 1889. They had one child, Horace H. Underwood, who became a professor at Yonhui College, and later the principal of the school.

During a furlough in the U.S. in 1892, Horace G. Underwood recruited new missionaries for the Korean Mission field. After returning from furlough, he published the first Korean hymnal. In the early twentieth century, he helped found the Korean YMCA, and in 1915 established Chosun Christian College, and served as its first president. The college later was renamed Yonhui College, and still later, in 1957 merged with the Severence Union Medical College to form Yonsei University.

As Japanese control over Korea strengthened, the Japanese authorities took control of the educational system in Korea, and required that all educators know Japanese. Underwood traveled to Japan in January of 1916 to learn Japanese. Already in his mid-fifties, the intense study schedule he maintained proved too much for his health, and he returned to Korea a few months later. His health continued to deteriorate, and he traveled to the United States to receive medical treatment, and finally passed away later the same year.

Horace Underwood became a permanent part of his new homeland, Korea. He took a Korean name, Won Doo-woo, and his family stayed in Korea for four generations, teaching and administrating at the university he helped to found, and serving their new homeland in many other ways. There is no doubt that the schools he helped create have played an integral part in helping form the Korean education system, contributing to the very high literacy rate that Korea has today. Yonsei University, which grew out of the Choson Christian College he started, is one of the most prominent universities in Korea.

Retrieved from https://www.newworldencyclopedia.org/p/index.php?title=Horace_G._Underwood&oldid=982629
Categories:
Hidden category:
This page was last edited on 24 June 2014, at 23:24.
Content is available under Creative Commons Attribution/Share-Alike License; additional terms may apply. See Terms of Use for details.