Éleuthère Irénée du Pont de Nemours (June 24, 1771 – October 31, 1834), known as Irénée du Pont, or E.I. du Pont, was a French-born American chemist and industrialist who emmigrated to the United States in 1799 and founded the gunpowder manufacturing business, E. I. du Pont de Nemours and Company. His descendants, the Du Pont family, were one of America's richest and most prominent families in the nineteenth and twentieth centuries.

During its nearly 200 year history, Irénée du Pont's business has had a major impact on American affairs. The DuPont Company was a major producer of war supplies in both World War I and World War II. New materials developed by the company during the 1960s included teflon, corfam, and corian. Additionally, the chemical and manufacturing giant was instrumental to the success of the Apollo Space program (1961-1975).[1]

Irénée du Pont's entrepreneurial instincts and his patriotic instincts led to a company whose great discoveries would serve the best interests of not just the U.S., but ultimately the world. Like Alfred Nobel, he chose to apply his personal discoveries and individual wealth towards the greater good of science and mankind.

Irenee was born in 1771 in Paris to Pierre Samuel du Pont de Nemours and Nicole Charlotte Marie Louise Le Dée de Rencourt.[2] They were a distinguished family in France with connections to Louis XVI, Thomas Jefferson, and French chemist and researcher Antoine Lavoisier.[3] 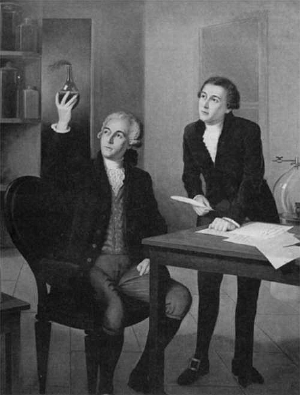 When only a teenager, though he did not care for academics, du Pont showed tremendous interest in gunpowder and engaged in his own independent research. In fact, at age 14 he entered the Royal College in Paris and worked as an apprentice with Lavoisier in manufacturing gunpowder for the government. Lavoisier instilled in the young du Pont knowledge of botany and agriculture, two passions of his which remained with him throughout his life, even advising people in his later years.[4] 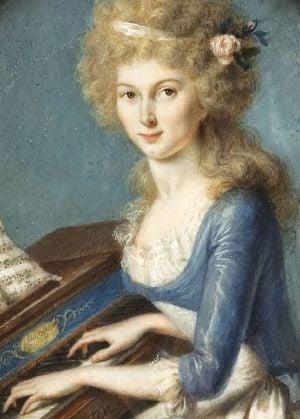 A few years later, after du Pont left his apprenticeship and lost his connection to government gunpowder manufacturing, he began to manage his father's publishing house. At this time, du Pont met Sophie Madeleine Dalmas who he was determined to marry. Only after much persistance and even pledging to fight in two duels for her hand in marriage did her father agree. They were finally married in 1791, and eventually the couple had eight children.

Like his father, he was initially a supporter of the French Revolution. However, both were among those who physically defended King Louis XVI and Marie Antoinette from a mob besieging the Tuileries Palace in Paris during the insurrection of August 10, 1792. In 1799, after his father narrowly escaped the guillotine and their home was sacked by a mob, the entire family left for the United States.[3] Arriving with his family in America, du Pont established his home Eleutherian Mills on the Brandywine Creek in Delaware. They hoped (but failed) to create a model community of French émigrés.

Du Pont discovered, while on a hunting trip one day, that gunpowder in America was not only ineffective but also very expensive. After further investigation, he came to realize that the United State's need for better powder created an excellent market for the kind of quality gunpowder he had worked with in France.[3] With help from Thomas Jefferson and Alexander Hamilton, du Pont urged his family into forming a gunpowder plant at Eleutherian Mills—his home on Brandywine Creek near Wilmington, Delaware in 1802. He used capital, and machinery imported from France and brought in expertise in chemistry and gunpowder. In subsequent years the family run business, called the E.I. du Pont de Nemours and Company (the DuPont Company) grew to become the second largest chemical company in the world.[5]

In 1822, du Pont was made a director of the Bank of the United States where he handled many inquiries on matters of agriculture and business. In 1833, he refused to sell gunpowder to the South Carolina Nullifiers; 125,000 lbs. or $24,000 worth, as an act of allegiance to the government.[5]

By the time of du Pont's death in 1834, DuPont ranked among the largest of American companies in existence. By the mid-nineteenth century, it had become the largest supplier of gunpowder to the United States military supplying as much as half of the gunpowder used by the Union Army during the American Civil War. Two hundred years later, the company remains successful, after diversifying through the manufacturing of several industrial products including chemicals, plastics, and synthetic fibers.[2]

Éleuthère Irénée du Pont died of cholera on October 31, 1834, at the Eleutherian Mills, near Greenville, Delaware. (Ironically, cholera is sometimes referred to as "the poor man's disease" due to the fact that it mostly preventable through maintaining a sanitary food and water supply.)[4] The company he founded was managed by his sons, Alfred V. du Pont (1798–1856) and Henry du Pont (1812–1889), in the years after his death.

The site of his gunpowder mill in Delaware was declared a National Historic Landmark in 1966. The Hagley Museum and Library was also created along the banks of the Brandywine River. "The Hagely" is a nonprofit educational institution that includes the first du Pont family home and garden in the United States, the powder yards, and a nineteenth-century machine shop. On the hillside below the mansion lies a Renaissance-Revival garden, with terraces and statuary, created by Louise Evalina du Pont Crowninshield (1877-1958) in the 1920s. The Eleutherian Mills-Hagley Foundation was formed in 1954, and the museum opened to the public in 1957.

The legacy of Éleuthère Irénée du Pont has not only brought a rich history to his home state of Delaware but an important economic foundation as well.