Comparative law (French: droit comparé, German: Rechtsvergleichung, Italian: diritto comparato, Spanish: derecho comparado, Portuguese: direito comparado, Greek: Συγκριτικό Δίκαιο) is the study of differences and similarities between the laws of different countries. Comparative law is the use of laws wherein no law exists in isolation. Within a world situation, there is a give and take action to create a harmonious and cooperative solution.

As the world becomes smaller in traveling time, and larger in legal discrepancies, comparative law uses the art of estimation by comparison which is a relative comparison between two or more entities.

Comparative law is an academic study of separate legal systems, each one analyzed in its constitutive elements; how they differ in the different legal systems, and how their elements combine into a system.

It appears today the principal purposes of comparative law are:

Comparative law in the world

Comparative laws in the world involve the study of the different legal systems in existence in the world, including the common law, the civil law, socialist law, Islamic law, and Asian law. It includes the description and analysis of foreign legal systems, even where no explicit comparison is undertaken.

The importance in societies of comparative law has increased enormously in the present age of internationalism, economic globalization and democratization wherein the knowledge of the different rules of conduct as binding upon its members aids in the understanding to promote a harmony and cooperation beyond all boundaries. 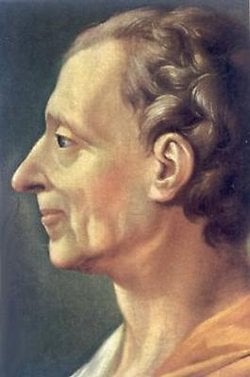 Portrait of Montesquieu in 1728

According to the prevalent view, Charles de Secondat, Baron de Montesquieu is regarded as the 'father' of comparative law. His comparative approach is obvious in the following excerpt from Chapter III of Book I of his masterpiece De l'esprit des lois:

"[The political and civil laws of each nation] should be adapted in such a manner to the people for whom they are framed that it should be a great chance if those of one nation suit another.

They should be in relation to the nature and principle of each government; whether they form it, as may be said of politic laws; or whether they support it, as in the case of civil institutions.

They should be in relation to the climate of each country, to the quality of its soil, to its situation and extent, to the principal occupation of the natives, whether husbandmen, huntsmen, or shepherds: they should have relation to the degree of liberty which the constitution will bear; to the religion of the inhabitants, to their inclinations, riches, numbers, commerce, manners, and customs."

Also, in Chapter XI (entitled 'How to compare two different Systems of Laws') of Book XXIX he advises that

"to determine which of those systems [i.e. the French and English systems for the punishment of false witnesses] is most agreeable to reason, we must take them each as a whole and compare them in their entirety.

Yet another excerpt where Montesqieu's comparative approach is evident is the following one from Chapter XIII of Book XXIX:

As the civil laws depend on the political institutions, because they are made for the same society, whenever there is a design of adopting the civil law of another nation, it would be proper to examine beforehand whether they have both the same institutions and the same political law.

Relationship with other legal fields of study

Comparative criminal justice is a subfield of the study of Criminal Justice that compares justice systems worldwide. Such study can take a descriptive, historical, or political approach. It is common to broadly categorize the functions of a criminal justice system into policing, adjudication (courts), and corrections, although other categorization schemes exist.

Arminjon, Nolde, and Wolff[1] believed that, for purposes of classifying the (then) contemporary legal systems of the world, it was required that those systems per se get studied, irrespective of external factors, such as geographical ones. They proposed the classification of legal system into seven groups, or so-called 'families', in particular:

David[2] proposed the classificiation of legal systems, according to the different ideology inspiring each one, into five groups or families:

Especially with respect to the aggregating by David of the Romano-Germanic and Anglo-Saxon Laws into a single family, David argued that the antithesis between the Anglo-Saxon Laws and Romano-German Laws, is of a technical rather than of an ideological nature. Of a different kind is, for instance, the antithesis between (say) the Italian and the American Law, and of a different kind that between the Soviet, Muslim, Hindu, or Chinese Law. According to David, the Romano-Germanic legal systems included those countries where legal science got formulated according to Roman Law, whereas common law countries are those where law got created from the judges.

The characteristics that he believed uniquely differentiate the Western legal family from the other four are:

Zweigert and Kötz[3] propose a different, multidimensional methodology for categorizing laws, i.e. for ordering families of laws. They maintain that, in order to determine such families, five criteria should be taken into account, in particular: the historical background, the characteristic way of thought, the different institutions, the recognized sources of law, and the dominant ideology.

Using the aforementioned criteria, they classify the legal systems of the world, in the following six families: 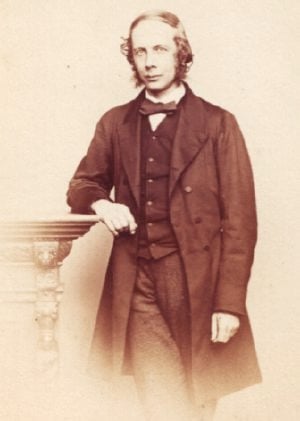 He is famous for the thesis, outlined in Ancient Law (1861) that law and society developed "from status to contract." In the ancient world individuals were tightly bound by status to traditional groups, while in the modern one, in which individuals are viewed as autonomous beings, they are free to make contracts and form associations with whomever they choose. Because of this thesis, he can be seen as one of the forefathers of modern sociology of law.