Choe Je-u 崔濟愚 (1824 – 1864), in 1860, the same year as British and French troops occupied Beijing after the Battle at Palichiao, received a revelation that gave birth to an indigenous religion in Korea, Cheondogyo (The Heavenly Way). The message that he developed over the course of his four year ministry (1860-1864) found millions of followers in Korea over the past 140 years, fueled a peasant revolt (the Donghak Peasant Revolution), and inspired a leading role in the Independence Movement against the Japanese colonizers (especially the 1919 Independence Movement).

A religious-based reform movement, the Heavenly Way propelled Korea out of the Joseon dynasty and on to the way toward the era of the modern Korea.

Choe Je-u, as is the case for all prophets, inspired devotion from believers and hatred from corrupt government officials covetous of their positions. Choe provided Korea with a spiritual teaching but government officials feared his religious movement presented the threat of a popular uprising against their unbridled corruption. Government officials arrested him, charging him with heresy (i.e., Catholicism) and insurrection intentions. The throne approved his execution, which took place by beheading in 1864.

Did you know?
Cheondogyo is an indigenous Korean neo-Confucianist religion with elements of Buddhism, Daoism, and Catholicism

Cheondogyo (The Heavenly Way), founded by Choe Je-u, constituted a genuine religious faith. Although charged with advancing Catholicism (although an illegal faith at that time in Korea), Choe actually initiated a neo-Confucian reform movement which embraced elements of Buddhism, Daoism, and Catholicism. He considered Catholicism an error, hardly the belief a good Catholic would hold.

Choe, and all other Koreans, paid close attention to the fate of China. Historically, China had provided culture and military protection to Korea and Koreans looked upon China as invincible. When china suffered repeated defeat at the hands of the European powers in the 1850s, Choe felt dread and foreboding that Korea would suffer the same fate.

Choe, witnessing the decadence of Korean society with the corruption of Neo-Confucianism in the waning years of the Joseon dynasty and distressed by the inroads of the Christian European nations in China, sought answers in the study of the Confucian classics and mediation. He also paid attention to the teachings of Catholicism, believing he could find the source of Western military might in the Christian doctrine. But he considered Catholicism a deficient faith. While meditating in April 1860, Choe had a divine revelation. The Lord (sangje) called him to receive and teach the Heavenly Way. 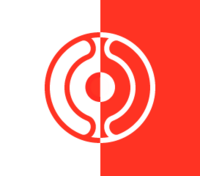 By the end of 1861, Choe had begun to attract followers. He quietly taught and practiced the Heavenly Way. He spent the next year studying a twenty-one character chant, utilizing the talisman as a healing instrument, reflecting on the commission the spirit had given him, and practicing the way of virtue. He refrained from seeking converts in the first year. In the spring of 1861 he wrote On Propagating Virtue (P'odok Mun). He taught the importance of studying Chinese Confucianism, the need to become a gentleman and sage through following the Way (the Mandate of Heaven). He described in detail the talisman given by the Lord (sangje): shaped like the Great Ultimate (t'aeguk, the symbol on the South Korean flag, the yin and Yang).

In December 1861, Choe wrote A Discussion on Learning (Non Hak Mun). He emphasized the importance of the twenty-one character formula in practicing the Way. The chant is a divine invocation, a request that God (Chi-keui or Chun-ju) will fill the believer with the Confucian doctrine (virtue), and to maintain an uprightness of mind (virtue) always. The twenty-one character chant, which Choe modeled after the Buddhist chant, provided a means of worship simple enough for the uneducated Korean farmers to practice. The chant became the center piece of worship for the Heavenly Way faithful.

In June 1862, Choe wrote another tract On Cultivating Virtue (Sudok mun), in which he declared his Way nearly identical with the Way of Confucius. Choe maintained that Confucianism had strayed from the teachings of Confucius and that God had commissioned him to instruct all people in the Mandate of Heaven revealed by Confucius and his disciples. After his execution, Choe's chief disciple, Choi, compiled his writings into the Donghak Bible. The "Great Persecution of 1864" erupted, disturbing the task for fifteen years. Choi compiled, edited, and published the Donghak Bible in 1888.

In 1862, a local government official imprisoned Choe in an army camp, but released him after several hundred followers petitioned the official. Fearing that Choe intended to use his movement to end their corrupt practices, the local government officials reported that they suspected Choe of planning an insurrection that intended to overthrow the Daewongun himself. In the latter part of 1863, the Daewongun directed the governor of Kyongsangdo, So Hon-sun, to investigate Choe and the Donghaks. So, surprisingly, they depicted Choe as a harmless spiritual leader. The Daewongun rejected the report and arrested Choe. In Daegu, he received a hasty trial ending in the recommendation of execution, which the Daewongun accepted.

After Choe's martyrdom, Choe Si-hyeong, a distant relative of Choe Je-u's, took over leadership of the small band of loyal Cheondogyo followers. The Cheondogyo movement continued to suffer persecution at the hands of Confucian government officials, especially during the Catholic persecutions of 1866-1871. Although decidedly a Neo-Confucian reform movement with Buddhist, Shaman, and Christian doctrine and practices infused, the monarch still treated the Donghaks as outlawed Catholics.

In 1892, members of the Cheondogyo movement in southern Korea formed a splinter faction, accepting the popular name Donghak (Eastern Learning). Disregarding leader Choe Si-hyeong's opposition to the, from Choe's viewpoint, untimely protest, the southern faction pressed forward. The government reacted with severe repression, triggering an uprising in southern Korea that burst into a full scale uprising in 1894. Although the Cheondogyo leader, Choe Si-hyeong, initially condemned the southern splinter Donghak group and declared them an enemy of Cheondogyo, when the Korean government indiscriminately attacked and executed Cheondogyo in northern Korea as well, Choe Si-hyeong threw his support behind the southern rebellion.

While proclaiming loyalty to the throne, the southern faction targeted the corrupt provincial government officials for execution. Raising a poorly equipped and trained Peasant Army, which relied upon magical chants and charms to protect them in battle, the southern faction swept through the province of Chollam northward toward the capital city of Seoul. Alarmed by the successes of the Donghaks and the inability of the Korean army to stop them, King Gojong requested China's assistance.

China sent troops to assist the Korean king. Before they marched against the Donghaks the Donghak leaders agreed to a truce with the throne. The Donghaks returned to their homes in June 1894, setting up administrative offices. But Japan, citing China's violation of the Convention of Tientsin (1885), which required China and Japan to notify each other before introducing troops into Korea, and which allowed each country to introduce equal numbers of troops, sent troops to Korea. Both countries refused to withdraw. Tensions mounted until the Sino-Japanese War broke out on July 23, 1894.

Japan quickly annihilated the Chinese forces on land and sea, and then launched a joint expedition with the Korean Army against the Donghaks in the south, crushing them by late 1894. The combined Japanese-Korea army captured and executed the leaders of the southern Donghak faction in late 1894. In 1898, the Korean government captured Cheondogyo leader Choe Si-hyeong, executing him and displaying his head at one of Seoul's main city gates.

After defeating China in 1894-95, Japan consolidated control of Korea by defeating Russia during the Russo-Japanese War of 1904-1905. In 1910, Japan officially absorbed Korea into its empire and officially terminated the Joseon dynasty. Between 1910 to 1919, the Japanese ruled Korea with an iron fist, opposition to Japan's colonial rule growing to a fever pitch. The Cheondogyo utilized their secret cell organization to plan, finance, organize, and state the March 1st, 1919, Independence uprising. Cheondogyoists comprised approximately one half of the thirty-three signers of the Declaration of Independence read throughout the nation on that day, Son Byeong-hui acting as the principle organizer and signer. Protestants provided strong support, while Buddhists also participated.

Thanks to the secret organization network of the Cheondogyo, the March 1st demonstration caught the Japanese police completely by surprise. The Korean people had hoped to attract the attention of the world to their plight, depending upon the world-wide support for Woodrow Wilson's Fourteen Points to liberate them from Japan's grasp. The Japanese police reacted brutally, killing protesters throughout the country and securing total control of the country. The world sympathized but left Korea in the jaws of Japan. In the aftermath of the 1919 uprising, Japan had to loosen her grasp upon Korea society for nearly twenty years.

Cheondogyo continued to operate underground. The Japanese police arrested Son Byeong-hui on March 1st, 1919, ending his active leadership of the movement. Son continued to make his presence felt upon Cheondogyo until his death in his prison cell on May 19, 1922. Before his death, Son pointed out Park In-ho to succeed as leader of the movement. Park, sensing a lack of support from the elders of the religious group, supported a move for leadership by General Committee, thus ending the period of leadership by a single leader (1860-1922) in the Cheondogyo organization. Throughout the period of Japanese colonization of Korea, the Cheondogyo movement opposed the Japanese occupation.

Since the division of Korea into North and South in 1945, Cheondogyo has a mixed record. In North Korea, the center of Cheondogyo from the 1860s to 1945, the Cheondogyo movement cooperated with the communist government. Only Cheondogyo received dictator Kim Il-sung's approval to continue activities; all Christian churches, Buddhist temples, and Shaman centers ceased to exist under the totalitarian, atheistic hand of Kim. The headquarters for the Cheondogyo moved to Seoul after communism took root in the north. The movement in the south has continued to advance and develop the teachings of Choe Je-u and to concentrate upon the spiritual practices of their religion. Cheondogyo had about 1.13 million followers and 280 churches in South Korea in 2005.

Retrieved from https://www.newworldencyclopedia.org/p/index.php?title=Cheondogyo&oldid=1003571
Categories:
Hidden category:
This page was last edited on 27 February 2017, at 22:48.
Content is available under Creative Commons Attribution/Share-Alike License; additional terms may apply. See Terms of Use for details.