The Camp David Accords were signed by Egyptian President Anwar Sadat and Israeli Prime Minister Menachem Begin on September 17, 1978, following twelve days of secret negotiations at Camp David. The two agreements were signed at the White House, and were witnessed by United States President Jimmy Carter. This represented the first diplomatic success in the effort to resolve the ongoing problems surrounding the creation of the State of Israel in 1947, following the initial war between Israel and her Arab neighbors, the 1967 six-day war when Israel extended her borders, occupying parts of Jordan, Syria and Egypt; and the Yom Kippur War of 1973. It saw the first Muslim Arab state to recognize Israel and to normalize diplomatic and economic relations.

Critics say that Camp David was a limited development, since it only involved Egypt. However, it was (at the time) the only diplomatic initiative to succeed, and it gave both impetus and content to the subsequent Oslo Accord of 1993 which led to the establishment of the Palestinian National Authority (anticipated by the Accord's reference to the possibility of an autonomous state in the West Bank and Gaza Strip) followed by the Israel-Jordan treaty of 1994.

Egypt's leaders, who enjoyed considerable status within the Arab world, were courageous to take this step towards resolving the complex issues surrounding Israel, her relationship with her neighbors and the demands of displaced Palestinians for justice within the territory occupied by Israel and for a state of their own. This process was made more complex by the desire of some Arab Muslims to destroy Israel, hence Israel's reluctance to return territory which served as a security-buffer, enhancing Israel's defense system. However, this Agreement also established the principle of land for peace—since Israel agreed to return the Sinai to Egypt, which also resulted in the re-opening of the Suez Canal. Both Egypt and Israel have continued to benefit from US aid linked to the treaty.

Sadat and Begin, the principals to the accord, both took great political risks. Later, Sadat would be assassinated in 1980 by Muslim radicals who objected to peace with Israel. Yet in moving the peace process forward, Camp David is clearly understood as an historical, progressive, and positive event.

Upon assuming office on January 20, 1977, President Carter moved to rejuvenate the Middle Eastern peace process that had stalled throughout the 1976 presidential campaign in the United States. Following the advice of a Brookings Institution report, Carter opted to replace the incremental, bilateral peace talks which had characterized Henry Kissinger's shuttle diplomacy following the 1973 Yom Kippur War with a comprehensive, multilateral approach. This new approach called for the reconvening of the 1973 Geneva Conference, this time with a Palestinian delegation, in hopes of negotiating a final settlement.

Carter also wasted no time in visiting the heads-of-state on whom he would have to rely to make any peace agreement feasible. By the end of his first year in office, he had already met with Anwar Sadat of Egypt, King Hussein of Jordan, Hafez al-Assad of Syria, and Yitzhak Rabin of Israel. Carter's and Cyrus Vance's exploratory meetings gave him a basic plan for reinvigorating the peace process based on the Geneva Conference and Israeli withdrawal on all fronts, including the West Bank. The political situation in Israel underwent a dramatic upheaval with a devastating electoral loss of the long-ruling Israeli Labour Party to Menachem Begin's Likud Party in May of 1977. While Begin officially favored the reconvention of the conference, perhaps even more than Rabin, and even accepted the Palestinian presence, Israel and eventually also Sadat strongly preferred bilateral talks. Even earlier, Begin had not been opposed to returning the Sinai, but a major future obstacle was his firm refusal to consider relinquishing control over the West Bank.

President Anwar Sadat came to feel that the Geneva track peace process was more show than substance, and was not progressing, partly due to disagreements with Syria. He also lacked confidence in America to pressure Israel after a meeting with Carter. His frustration boiled over, and after meetings with Israelis, secret even to the Americans, in November 1977 he became the first Arab leader to visit Israel, thereby implicitly recognizing Israel. The gesture stemmed from an eagerness to enlist the help of the United States in improving the ailing Egyptian economy, a belief that Egypt should begin to focus more on its own interests than on the interests of the collective Arab world, and a hope that an agreement with Israel would catalyze similar agreements between Israel and her other Arab neighbors and help solve the Palestinian problem. Prime Minister Begin's response to Sadat's initiative, though not what Sadat or Carter had hoped, demonstrated a willingness to engage the Egyptian leader. Like Sadat, Begin also saw many reasons why bilateral talks would be in his country's best interests. It would afford Israel the opportunity to negotiate only with Egypt instead of with a larger Arab delegation that might try to use its size to make unwelcome or unacceptable demands. In addition, the commencement of direct negotiations between leaders—summit diplomacy—would isolate Egypt from her Arab neighbors, a long-standing goal of Israel. 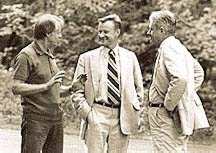 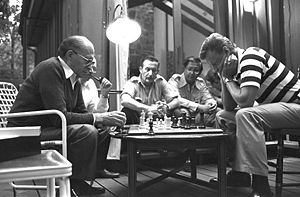 Accompanied by their capable negotiating teams and with their respective interests in mind, both leaders converged on Camp David for thirteen days of tense and dramatic negotiations from September 5-17, 1978. By all accounts, Carter's relentless drive to achieve peace and his reluctance to allow the two men to leave without reaching an agreement are what played the decisive role in the success of the talks. Numerous times both the Egyptian and Israeli leaders wanted to scrap negotiations, only to be lured back into the process by personal appeals from Carter. Begin and Sadat had such mutual antipathy toward one another that they only seldom had direct contact; thus Carter had to conduct his own microcosmic form of shuttle diplomacy by holding one-on-one meetings with either Sadat or Begin in one cabin, then returning to the cabin of the third party to relay the substance of his discussions.

A particularly difficult situation arose on day ten of the talks. The issues of Israeli settlement withdrawal from the Sinai and the status of the West Bank created what seemed to be an impasse. Begin and Sadat were “literally not on speaking terms,” and “claustrophobia was setting in." In response, Carter had the choice of trying to salvage the agreement by conceding the issue of the West Bank to Begin, while advocating Sadat’s less controversial position on the removal of all settlements from the Sinai Peninsula. Or he could have refused to continue the talks, reported the reasons for their failure, and allowed Begin to bear the brunt of the blame. Carter chose to continue and for three more days negotiated, arm-twisted, assured, and petitioned until at last an agreement was possible. The result was the Camp David Accords.

There were two 1978 Camp David agreements—A Framework for Peace in the Middle East and A Framework for the Conclusion of a Peace Treaty between Egypt and Israel—the second leading towards the Israel-Egypt Peace Treaty signed in March, 1979. The agreements and the peace treaty were both accompanied by "side-letters" of understanding between Egypt and the US and Israel and the US.[1]

The first agreement had three parts. The first part was a framework for negotiations to establish an autonomous self-governing authority in the West Bank and the Gaza strip and to fully implement UN Security Council Resolution 242, thus anticipating the Palestinian National Authority established in 1996. It was less clear than the agreements concerning the Sinai, and was later interpreted differently by Israel, Egypt, and the US.

The second part dealt with Egyptian-Israeli relations, the real content being in the second agreement. The third part "Associated Principles" declared principles that should apply to relations between Israel and all of its Arab neighbors.

The second agreement outlined a basis for the peace treaty six months later, in particular deciding the future of the Sinai peninsula. Israel agreed to withdraw its armed forces from the Sinai and restore it to Egypt in return for normal diplomatic relations with Egypt, guarantees of freedom of passage through the Suez Canal and other nearby waterways (such as the Straits of Tiran), and a restriction on the forces Egypt could place on the Sinai peninsula, especially within 20-40km from Israel. Israel also agreed to limit its forces a smaller distance (three km) from the Egyptian border, and to guarantee free passage between Egypt and Jordan.

The agreement also resulted in the United States committing to several billion dollars worth of annual subsidies to the governments of both Israel and Egypt, subsidies which continue to this day.

The time that has elapsed since the Camp David Accords has left no doubt as to their enormous ramifications on Middle Eastern politics. Most notably, the perception of Egypt within the Arab world changed. With the most powerful of the Arab nations' military and a history of leadership in Arab world under Gamal Abdel Nasser, Egypt had more leverage than any of the other Arab states to advance Arab interests. Sadat's alacrity at concluding a peace treaty without demanding greater concessions for Israeli recognition of the Palestinians' right to self-determination incited enough hatred in the Arab world to bring about Sadat's assassination in 1981. Egypt was also suspended from the Arab League from 1979 until 1989.

Also, the Camp David Accords prompted the disintegration of a united Arab front in opposition to Israel. Egypt's realignment created a power vacuum that Saddam Hussein of Iraq, at one time only a secondary consideration, hoped to fill. His ambitions became visible in 1980 when he ordered the invasion of neighboring Iran (Iran-Iraq War), starting a chain of events that would later lead to an invasion of Kuwait in 1990 (followed by the Gulf War), then ultimately toppling of his own regime in 2003.

Lastly, the biggest consequence of all may be in the psychology of the participants of the Arab-Israeli conflict. The success of Begin, Sadat, and Carter at Camp David demonstrated to other Arab states and entities that negotiations with Israel were possible—that progress results only from sustained efforts at communication and cooperation. Despite the disappointing conclusion of the 1993 Oslo Accords between the PLO and Israel, and even though the 1994 Israel-Jordan Treaty of Peace has not fully normalized relations with Israel, both of these significant developments had little chance of occurring without the precedent set by Camp David.